This year I had the opportunity to shot Art Freed, the founder of Hot Pixel Post, in his post-production studio.  A talented editor, Art was looking for some interior shots of his new facility and a professional portrait.  We shot the portrait in his chair with a 580EXII Speedlite mounted in a softbox off camera right.  The flash was connected to the camera via a long ETTL cord. I adjusted the level of the flash from the camera through flash exposure compensation. 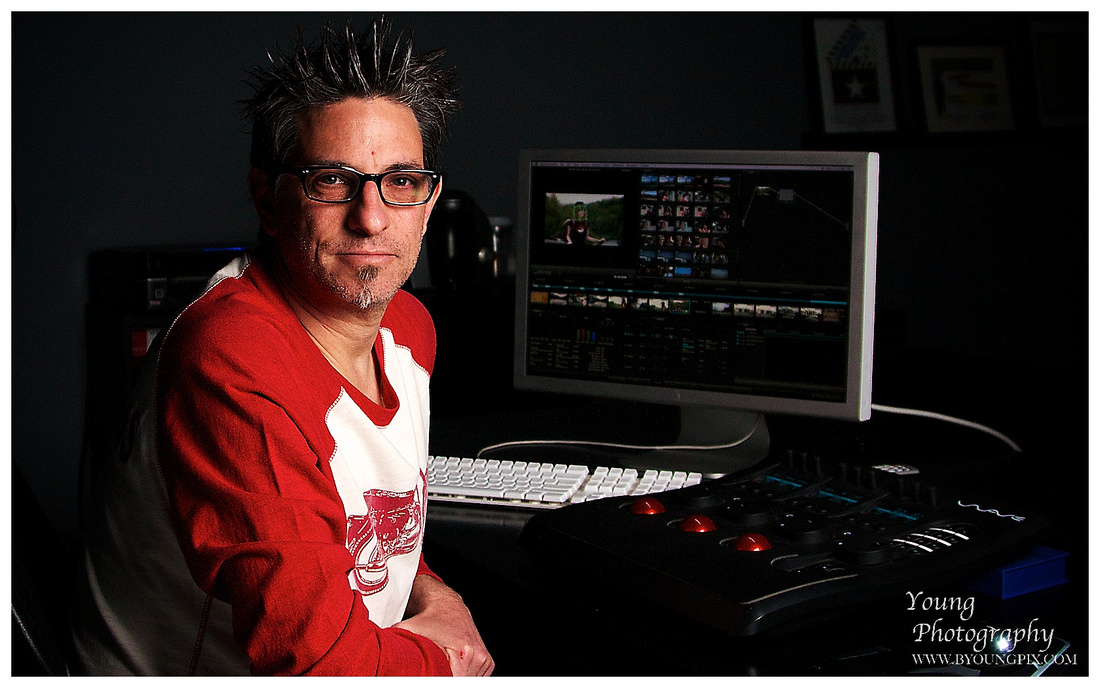 For the studio shots we had some interesting problems to solve.  Obviously the studio was dark, with lots of screens and displays emitting varying levels of light.  We mounted the camera in a tripod, selected a relatively small aperture (F11 in this case) to maintain focus throughout, and fiddled with shutter speed until the display levels were where we liked.  In this picture we used an even 1 second for shutter speed.  To add some more texture to the scene I put a radio trigger on a speedlite and placed it behind the large screen to illuminate the wall behind it.  (In other shots I also put a blue gel on the flash to change the color of the wall a bit.)  The light focused on the wall accolades is actually coming from a small flashlight I had in my camera bag.  I didn’t do much post production to this image. 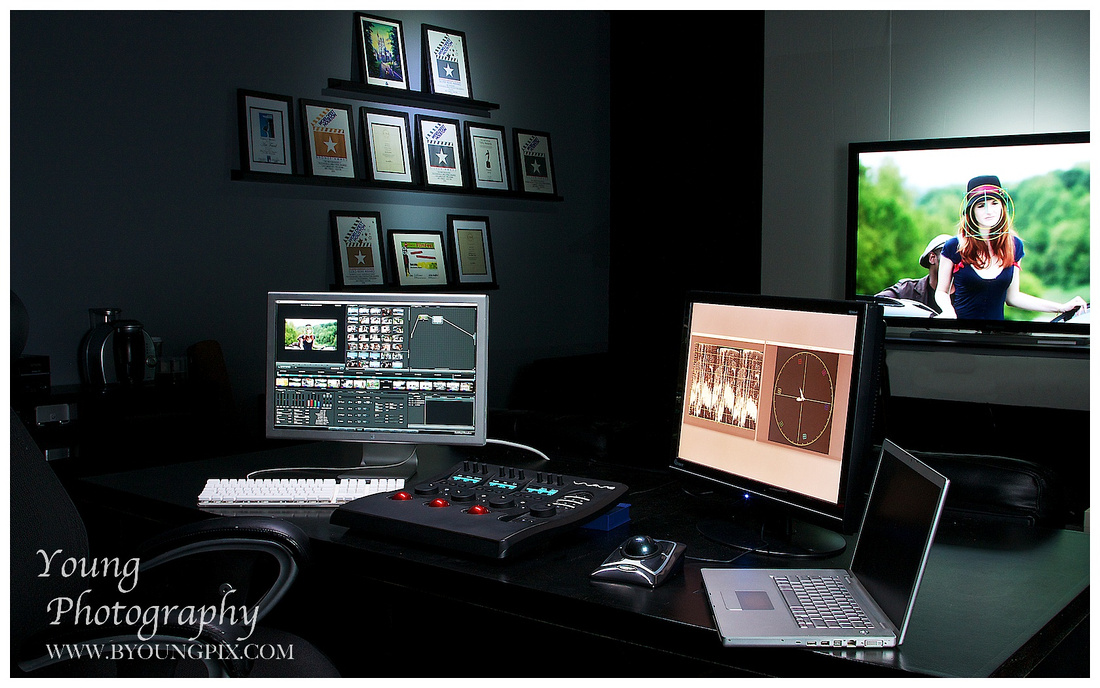