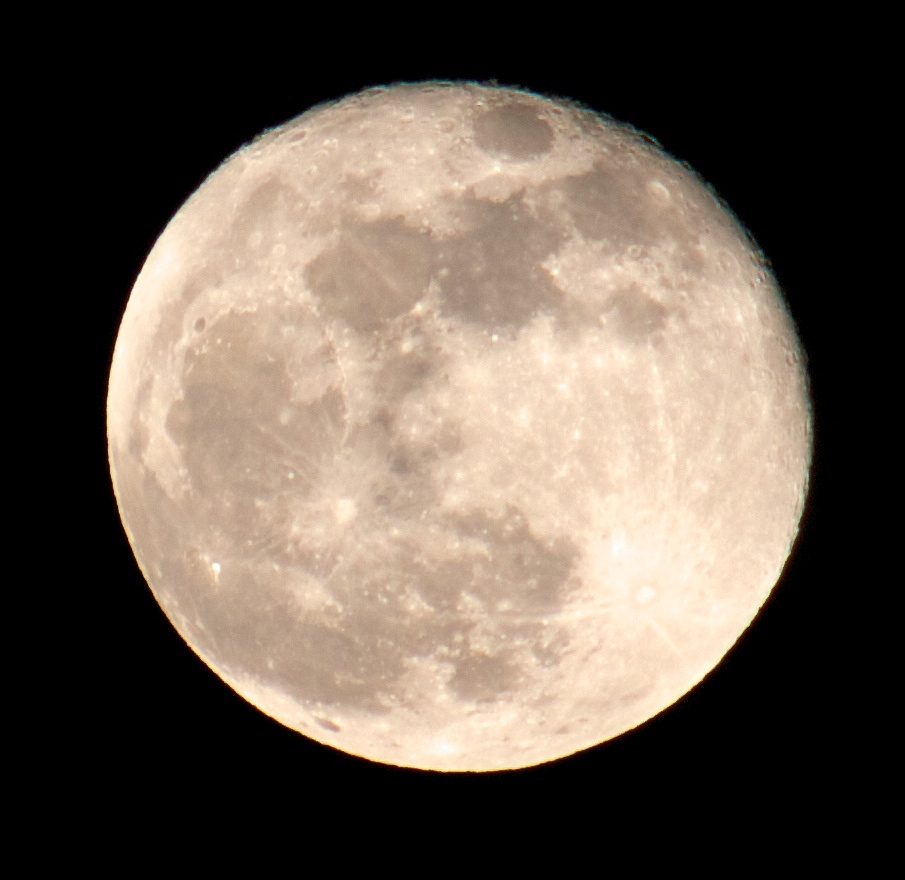 Ok, so getting older can be a little depressing at times, and this feeling was highlighted a little bit recently when I realized everybody I was shooting was younger than I am.  I made it a point to make an image of something older than me and about the only thing I was able to come up with (the mind is one of the first things to go…) is the Moon.

When I was just getting started in photography I was never able to get a good picture of the moon – the result was always an overexposed blob of white.  I was trying to let the camera sensors set the exposure, and they were always fooled by the extreme brightness against a black background.

Shooting the Moon (Which is different than “shooting the duck” as we used to practice on roller rinks in the 80s) is a good way for a learning photographer to break away from the automatic settings on a camera and start using the manual modes.  Thanks to the LCD display you can get instant feedback on what the camera is seeing when you change the settings.

Before you push the shutter though, there are a few things that will help with a good shot.  First you need a decent tripod.  Second, attach your longest lens.  I also recommend using a remote shutter release.  (I have the cheap $11 version from eBay – works like a champ)  Get the tripod, camera, release and everything set up and find the moon in the viewfinder.

Next – focus.  Often auto-focus has a hard time maintaining focus on the moon.  If you can get autofocus to lock on the moon, let it focus and then switch autofocus off on the lens.  The camera should maintain the focus selected by the autofocus.  If not, you can try live-view if your camera has that mode, if not you’re stuck with manual focus.

Now for the settings:  I recommend using ISO 100.  Make sure you are in manual mode, and select a good sharp f-stop.  Try f8.  Now all you have to do is figure out the last point of the exposure triangle. (Shutter Speed) Start with around 1/100 of a second.  Remember the moon is moving…or the Earth is moving… or the Sun..  My head hurts, just remember that there is some relative motion so if you can use faster shutter speeds you can combat motion-blur.  Take some shots, and look at the LCD.  If the moon appears too bright with little shadow detail increase the shutter speed a couple clicks.  If it’s too dark, do the opposite.  Eventually you will find the sweet spot and you will get some good shots.

Now go shoot the moon! Now that the “have to shoot something older” thing is out of my system, bring on the young models! 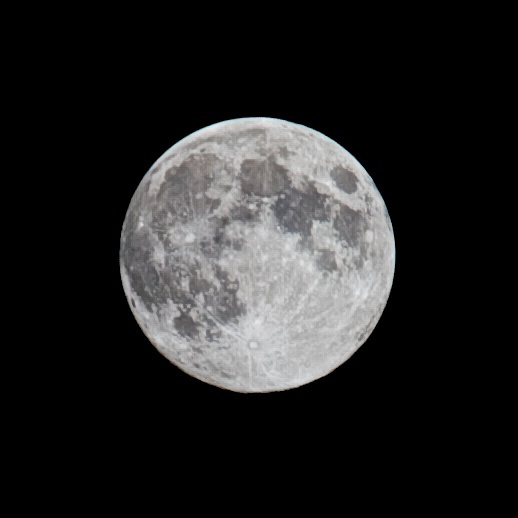 Keywords: Moon, how to take pictures of the moon, moon photography, shoot the moon
« Previous Post Next Post »