Well, MAYBE it isn't Mothra.  Maybe it's just a freaking huge raven.  But who knows? It is Japan.  Let me explain..

My other job as a corporate pilot takes me to Nagoya, Japan quite often.

I've been visiting there almost monthly since 2005 so I look at Nagoya as a second home away from home.  I know my way around the city well, and enjoy the big city exuberance Nagoya offers.  A few years ago I bought a new DSLR, the Canon XSI, and I left the hotel with my trusty camera to make some images.

Nagoya actually has a castle dating back to the 1500s, so I borrowed a bike and headed out towards the castle.  Remember this is a Japanese castle, not one of your Cinderella European variety.  Here is a picture of me in front of Nagoya Castle. 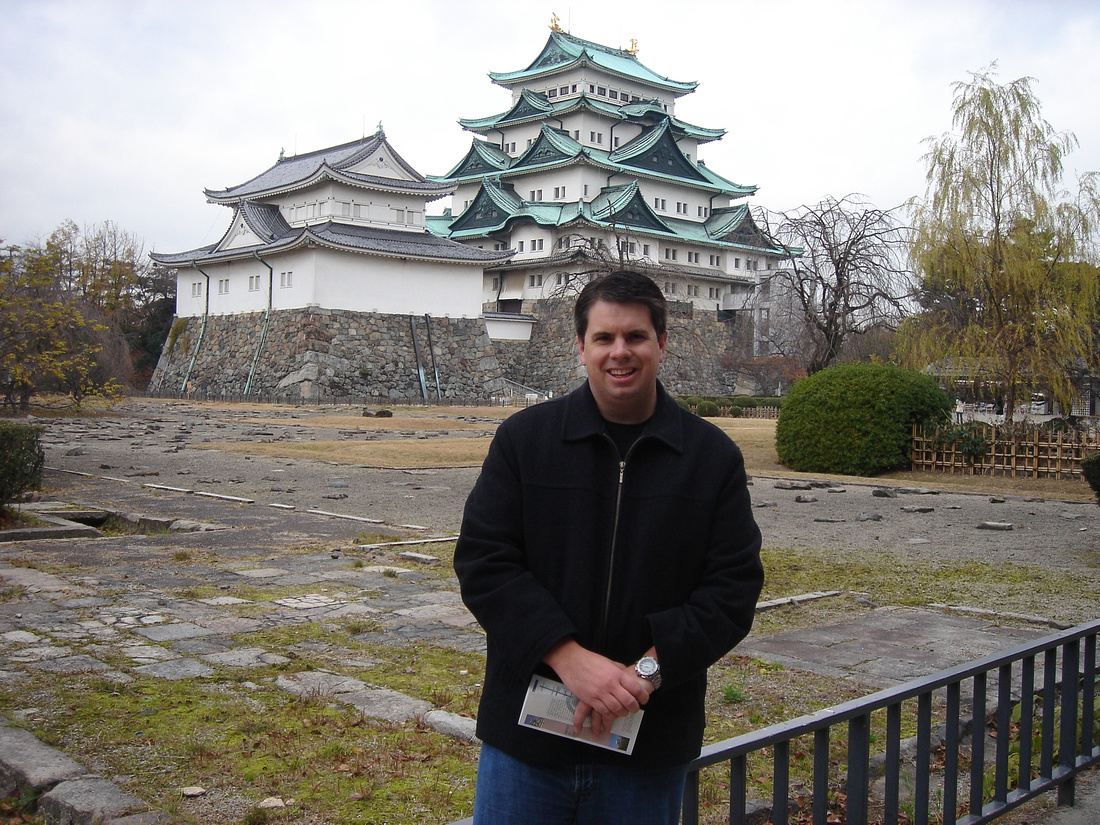 The castle grounds sport what look like "waterless moats" - (after all, what is a castle without a freaking moat?)  As I peered over the dry moat area I saw some deer that live on the castle grounds.  I decided to try and shoot the deer (with my camera - didn't want to end up in the Nagoya Slammer) so I attached the telephoto lens I had with me to the camera.  (At the time it was a budget 75-300mm zoom.)  Right after the long lens was attached - IT happened.  I heard a loud "SQWAAAKKK!!" and part of the sun was blacked out as the huge winged beast came out of the sky.  (I may be exaggerating a little..)

The largest black bird I have ever seen attacked the young Bambi-sized deer.  (Deerlet? Doe?) The baby dear freaked and attempted to flee as the pterodactyl-sized demon attacked and re-attacked.  I couldn’t believe this was happening in front of me while I had my camera up and ready.  I started shooting, hoping I had everything set up right.

This went on for only about 30 seconds until the mean bird got bored and left to find some garbage to eat.   The baby deer’s parents (I’m assuming anyway – I didn’t ask them) were nearby when this took place and made no move to protect their young offspring. (In fact, it kind of looked like they were laughing - but that may be my imagination)  While it didn’t look like any damage occurred, I’m sure there is some, by now, adolescent deer who still has nightmares of the attacking beast…. 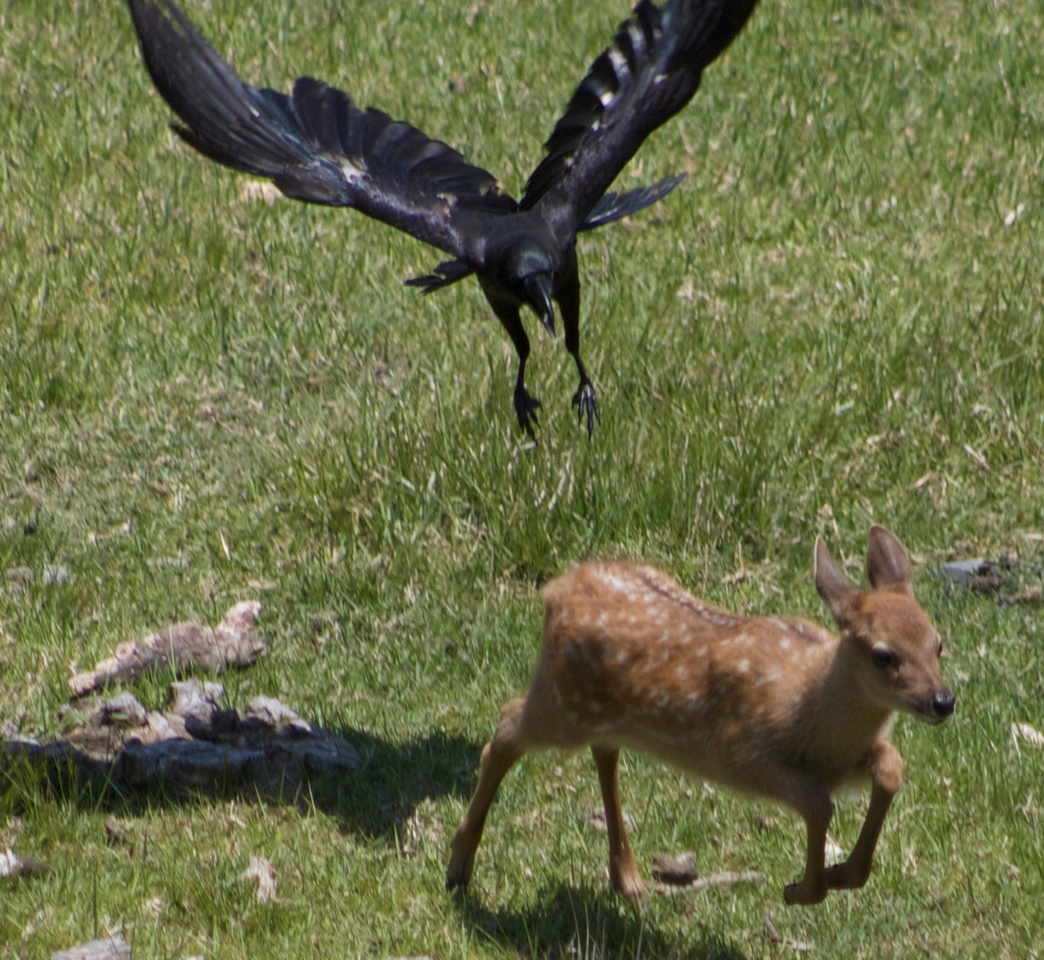 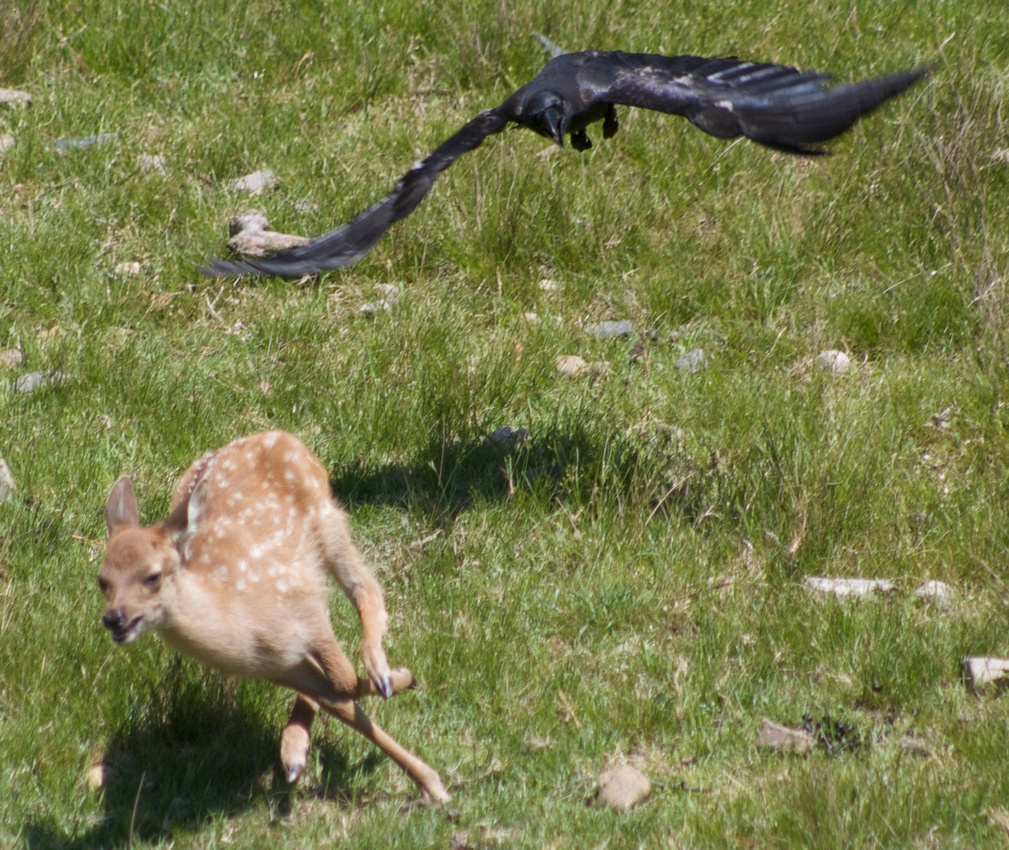 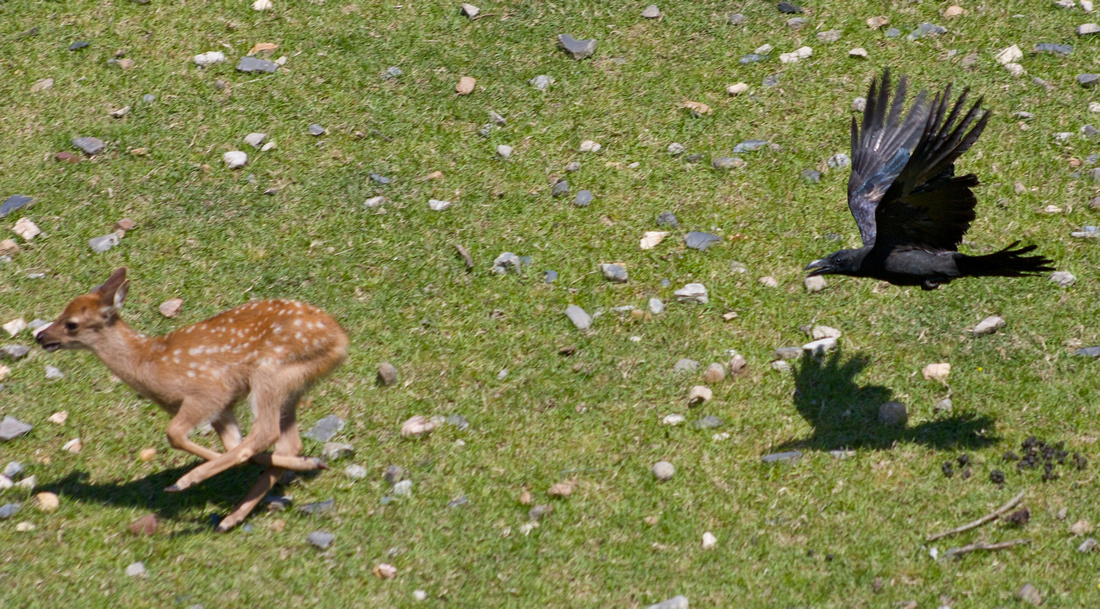 Famed photographer Henri Cartier-Bresson often spoke of the "decisive moment."  That is, the moment where something special happens.  Finding that decisive moment is part of the art of photography.  Sometimes we find it through experience and talent, other times - it's pure dumb luck... (I'm good at the latter..)