I always enjoy my trips to Eastern Europe - the “behind the Iron Curtain” feel interests me and if I’m jet lagged enough I feel like I’m in the middle of a John Le Carre spy novel.

Wroclaw, Poland, is one of these Eastern European cities we visit on occasion and I enjoy exploring this walkable city.

First things first – while Poland uses the same alphabet (as far as I can tell anyway) that we do, they have decided to assign different sounds to the letters to screw with visitors from California.  I’ve been going to Wroclaw off and on for the last 7 years and I STILL can’t pronounce it correctly.  You can hear the correct pronunciation here.

While English isn’t as prevalent in Eastern Europe as in Western areas, you can easily get by using basic English and pointing.  For instance it’s a lot easier to point to a tap in a bar than try to order one of their local ales by its proper name. 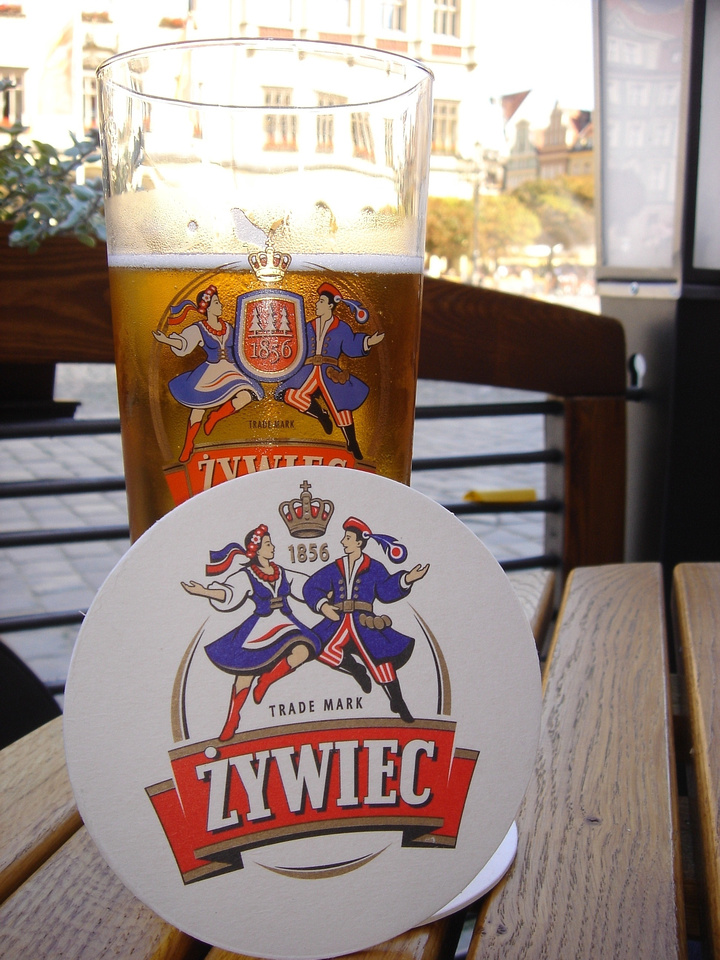 We like to joke that all European cities are basically the same: There is an old part, there is a new part, there is a river, and there is a big church.  Wroclaw has those characteristics, but on a smaller scale.  The accommodations follow in that way too.  No JW Marriott in Wroclaw, instead we have to utilize more intimate housing.. 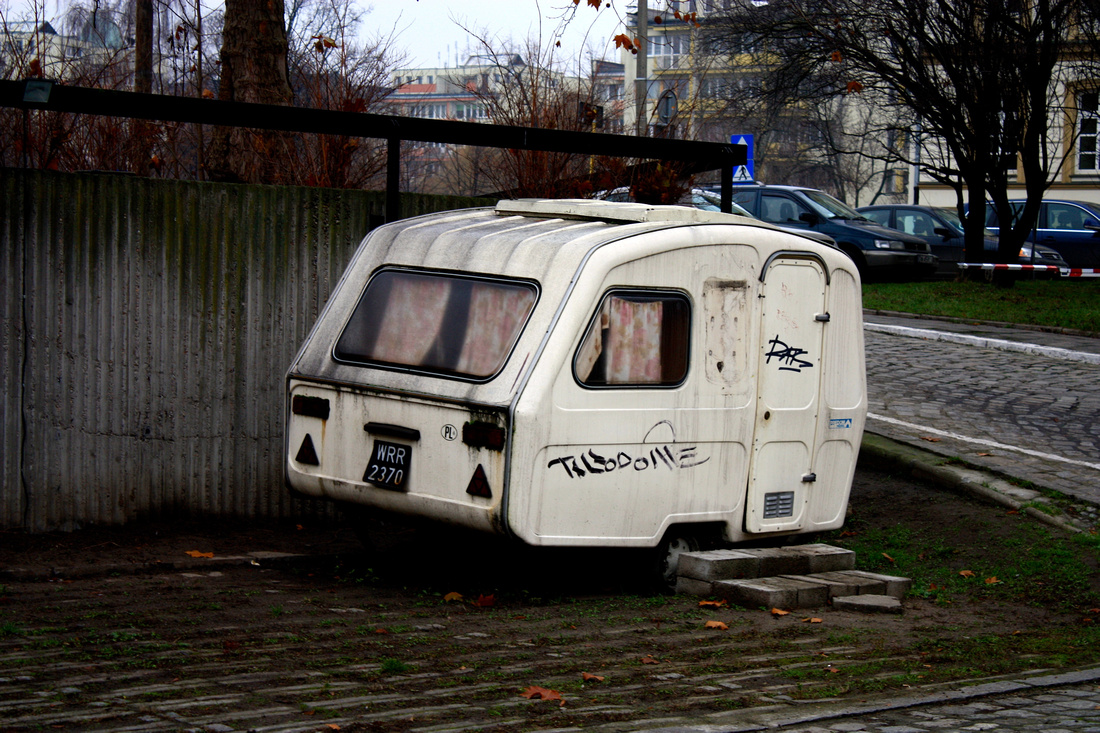 After the fall of the Iron Curtain, western pop-culture has found its way to Eastern Europe.  (Not sure that is a good thing or a bad thing.)  I’ve seen SpongeBob Squarepants in the Czech Republic, and here we see Bob the Builder in Poland. 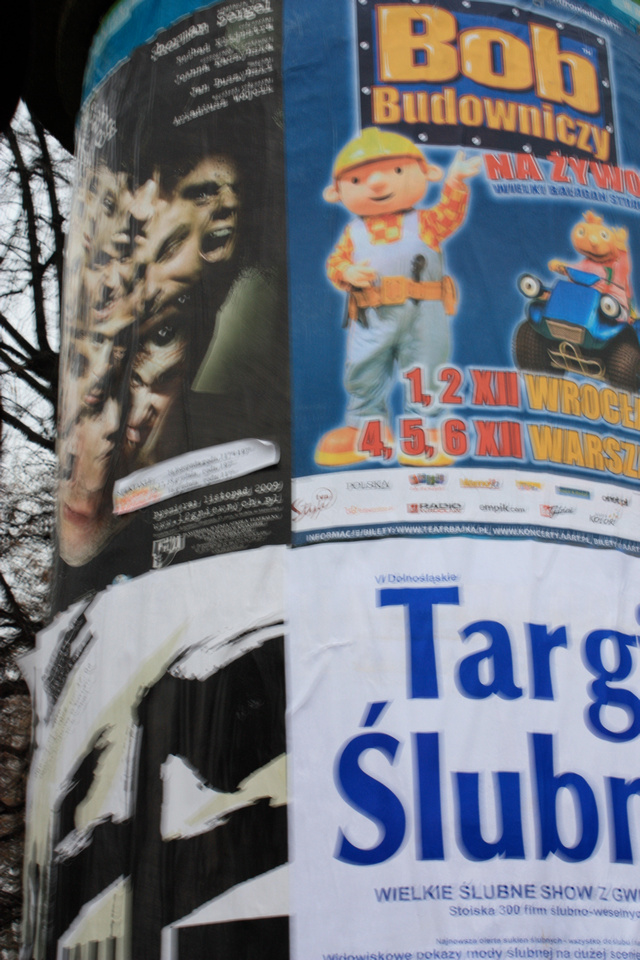 At least I think “Budowniczy” means builder in Poland.  Sometimes things get lost in translation – it may mean “Bob the livestock slaughterer.”

Ok, I feel like I may be painting an unfair picture of Wroclaw.  The town is actually delightful.  There are two areas I usually find myself in: The appealing town center square, and the river-side old town.  If we arrive in the afternoon we usually check into our hotel (a real hotel, not the trailer I was crass enough to post above) and then walk to the square. 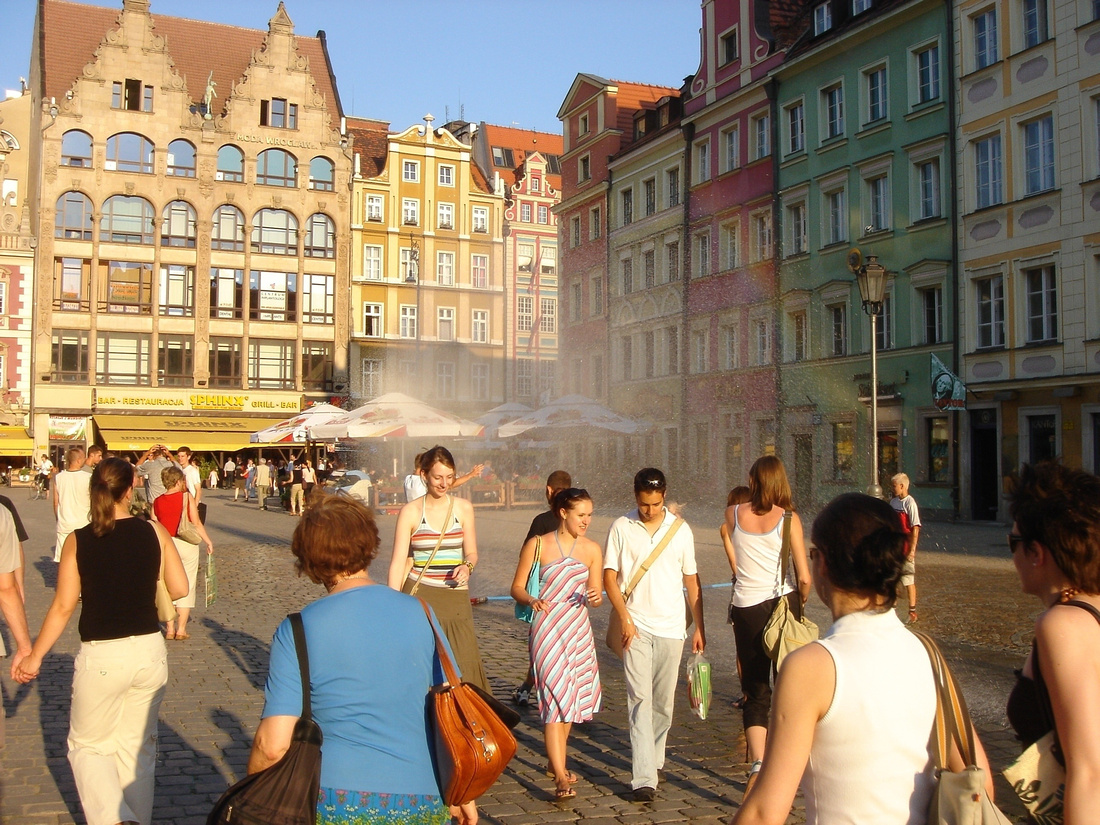 The social heart of Wroclaw has to be the square. Lined with restaurants, bars and shops - it's easy to spend hours drinking "Zywiec" and watching people wander about. 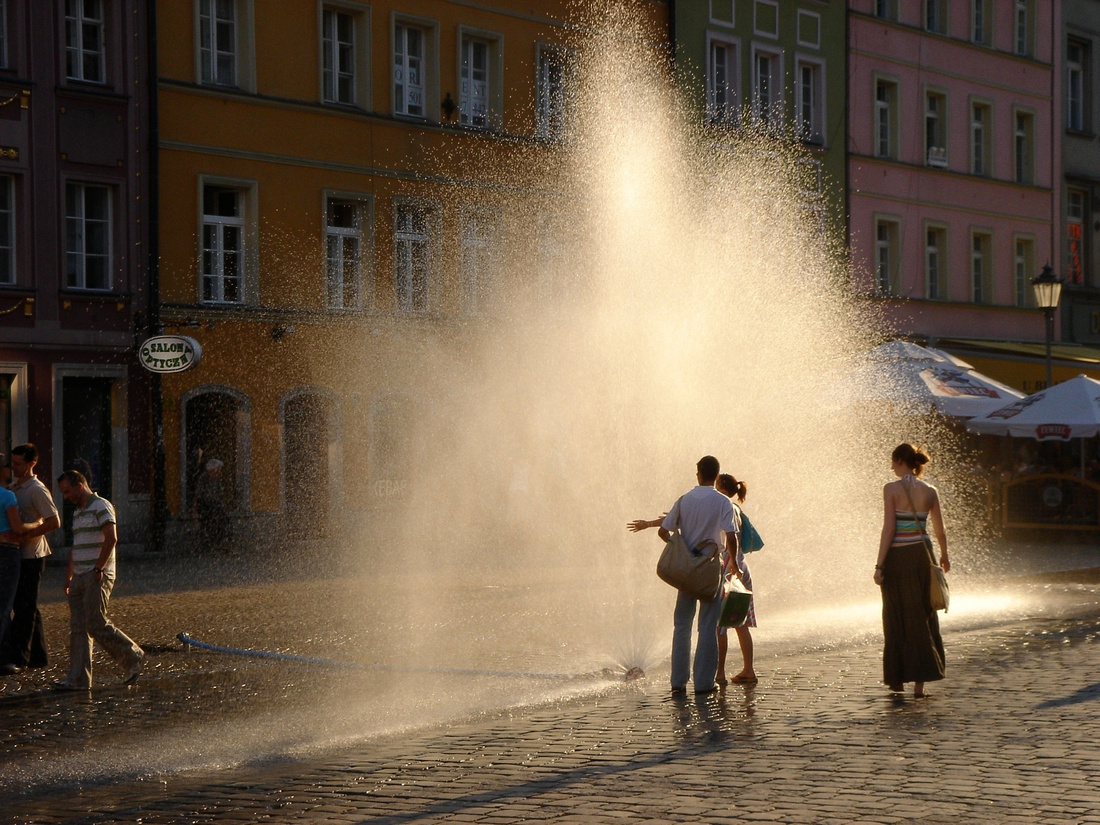 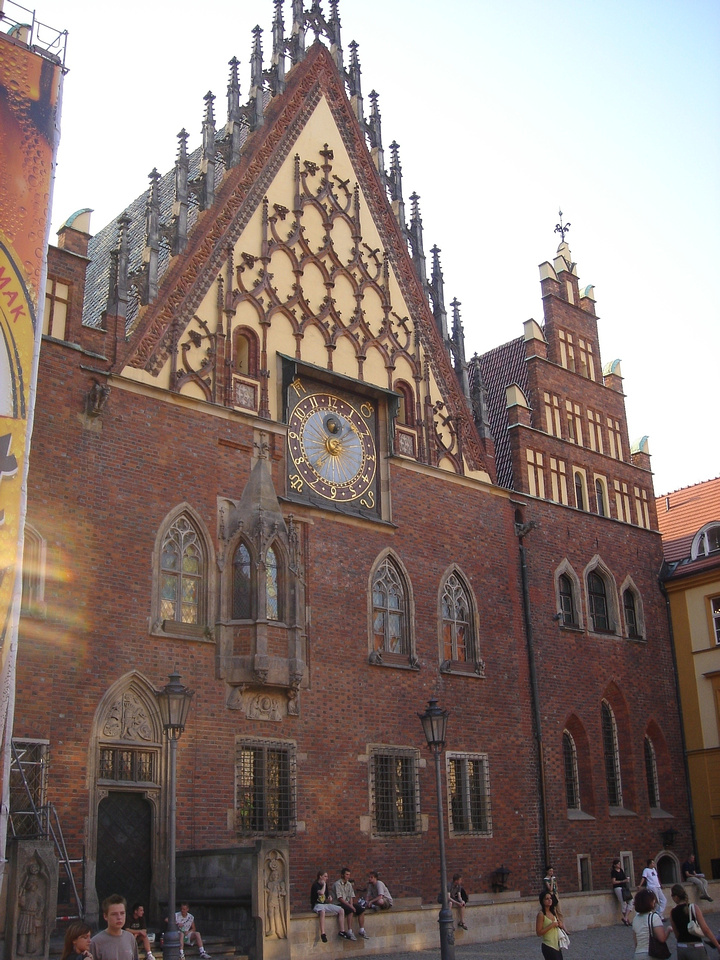 Wroclaw Town Hall is smack dab in the middle of the square and sports a cool clock (Necessary European town touch) and interesting architectural details.

Usually day two on the other side of the world starts early for me; I arise groggy trying to shake off jet lag.  After grabbing some breakfast (they just call it “sausage” in Poland, not “Polish Sausage”) I’ll grab my camera and head out to the river and old town. 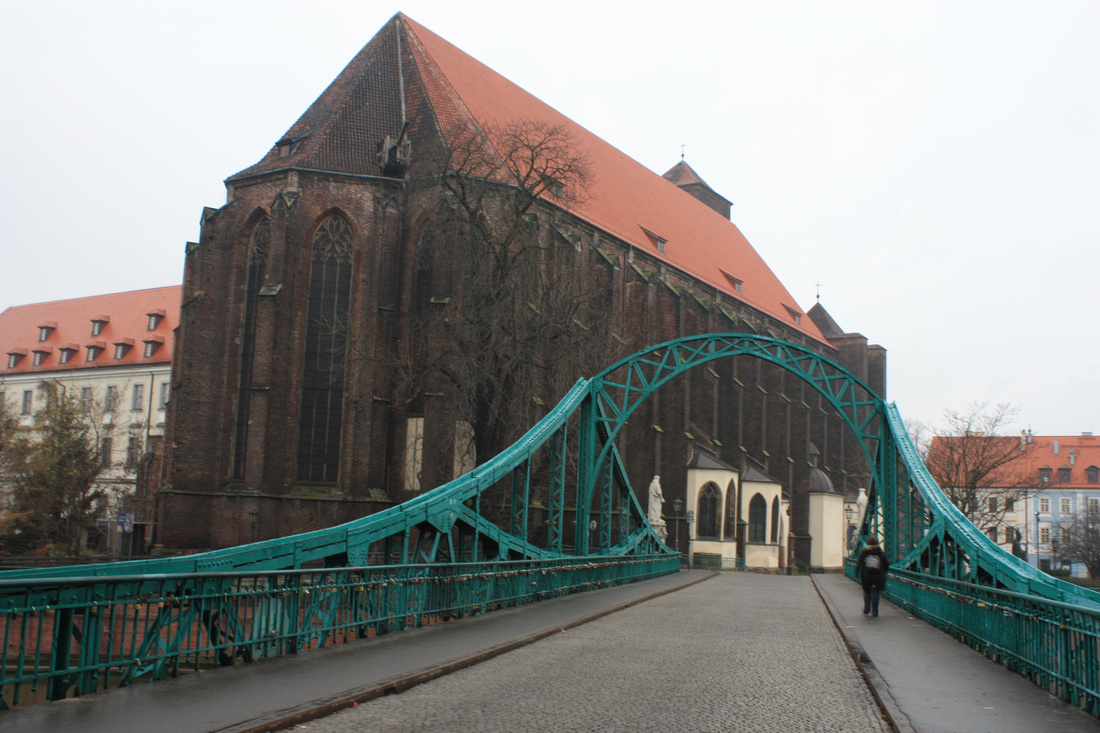 (I apologize for all the perspective distortion in this pic.  I took this a few years ago...)  Here is the "Old Church" that fulfills the European city requirement.  Note the "Love Locks" on the bridge.  Here is closer picture. 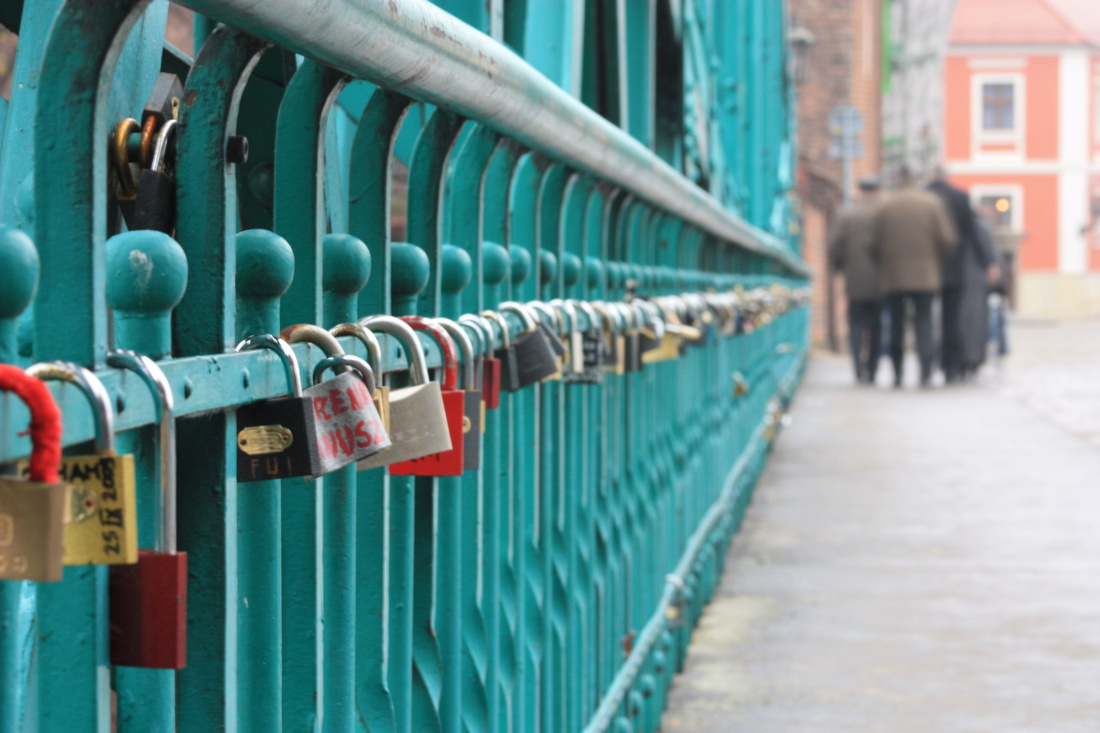 I covered the European love-lock phenomena in a previous blog post.  You can find it here. 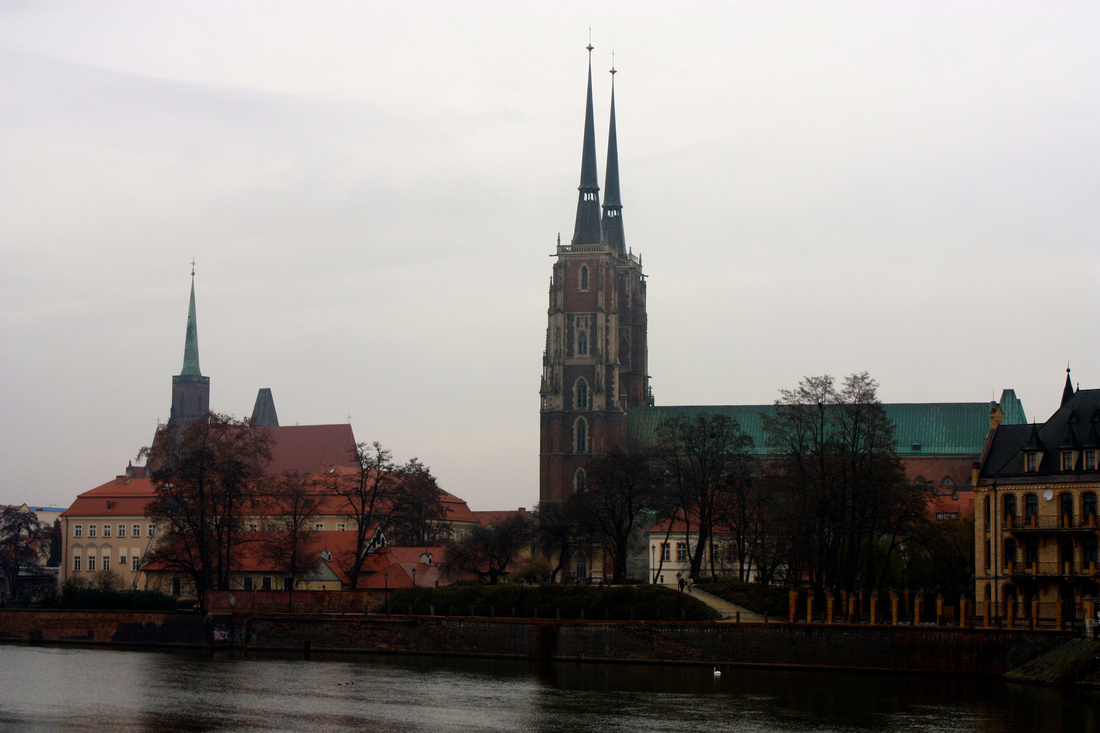 Across the river you can see the Wroclaw Cathedral.  It was consecrated in 1272.  It was almost destroyed in WWII but has been rebuilt nicely. 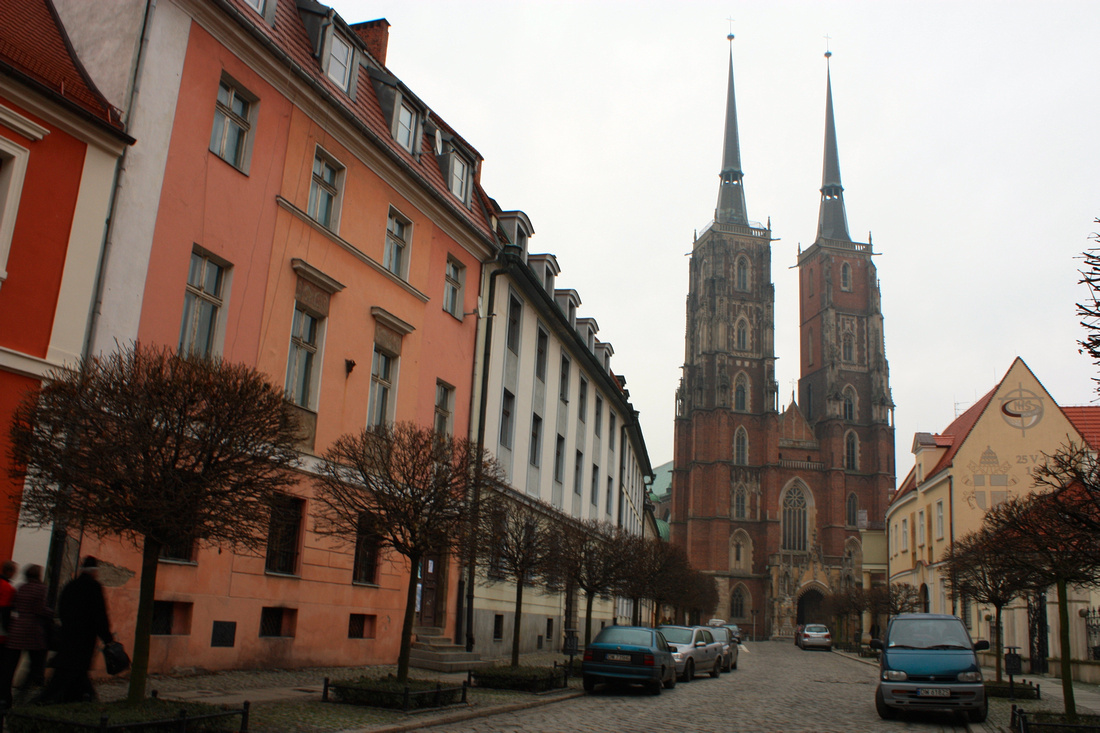 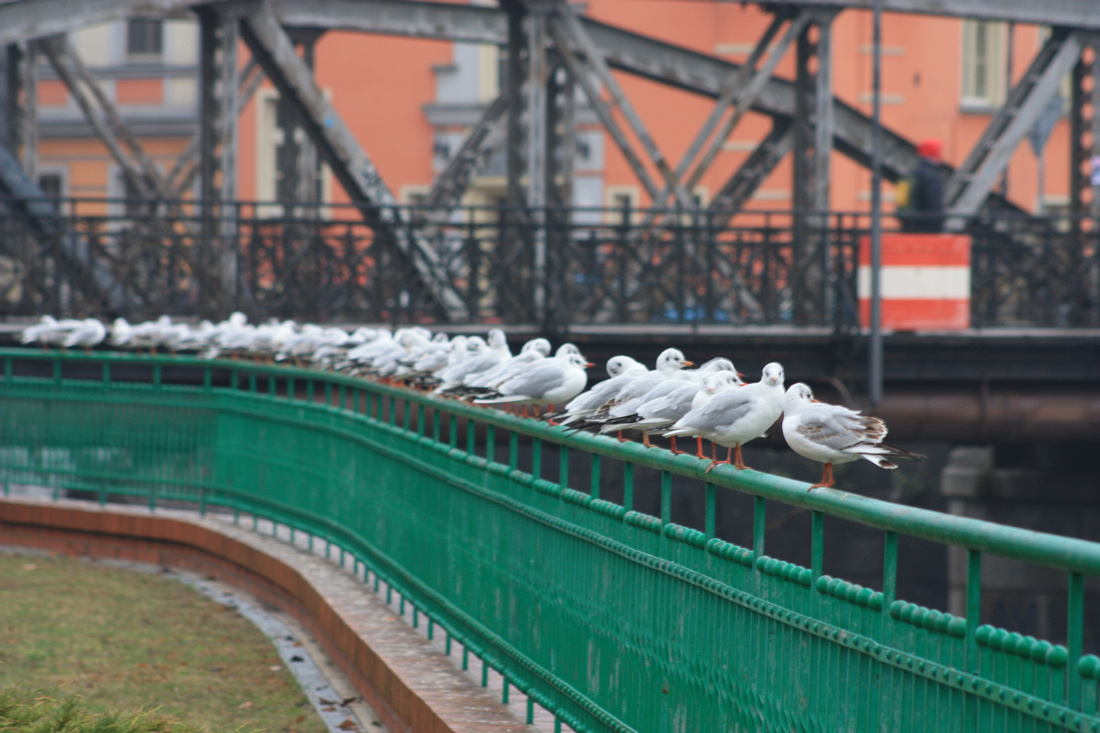 The resident sea-gull population enjoys the river and old-town views as well. 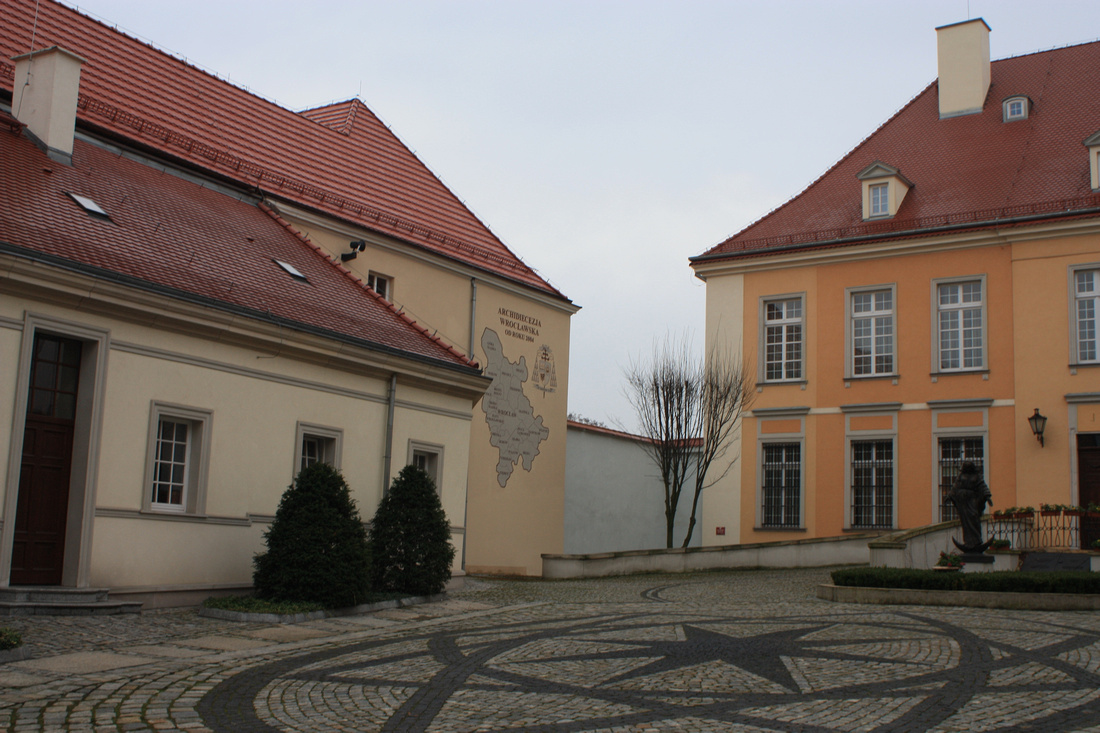 This driveway intrigued me.  I’ve never seen anything like it in Santa Clarita, California.  I imagine it marks the meeting place of the Illuminati or some other ancient order.  I did some research on the Wroclaw area and evidently in WWII the Nazis were doing some anti-gravity studies.  (Go with me on this – I’m not sure of the veracity of these claims, but they make for interesting reading.)  Anyway, just outside of Wroclaw deep in a mine the Nazis operated a secret  laboratory where they worked on something called the Nazi Bell.  Some say it was an anti-gravity experiment and others say it was a heavy particle accelerator.  (I think a particle accelerator is like the straw I used to shoot pieces of napkin at my sister.)  If you want to read more about this project and possible remains you can go here and here.

I'm out of coffee so I'm going to wrap up this blog entry.  Wroclaw: town square, old town, and secret Nazi experiments = interesting visit.  If you want to read some fun fiction that takes place here download James Rollins' Black Order on your Kindle.  It goes well with a nice cold Zywiec.