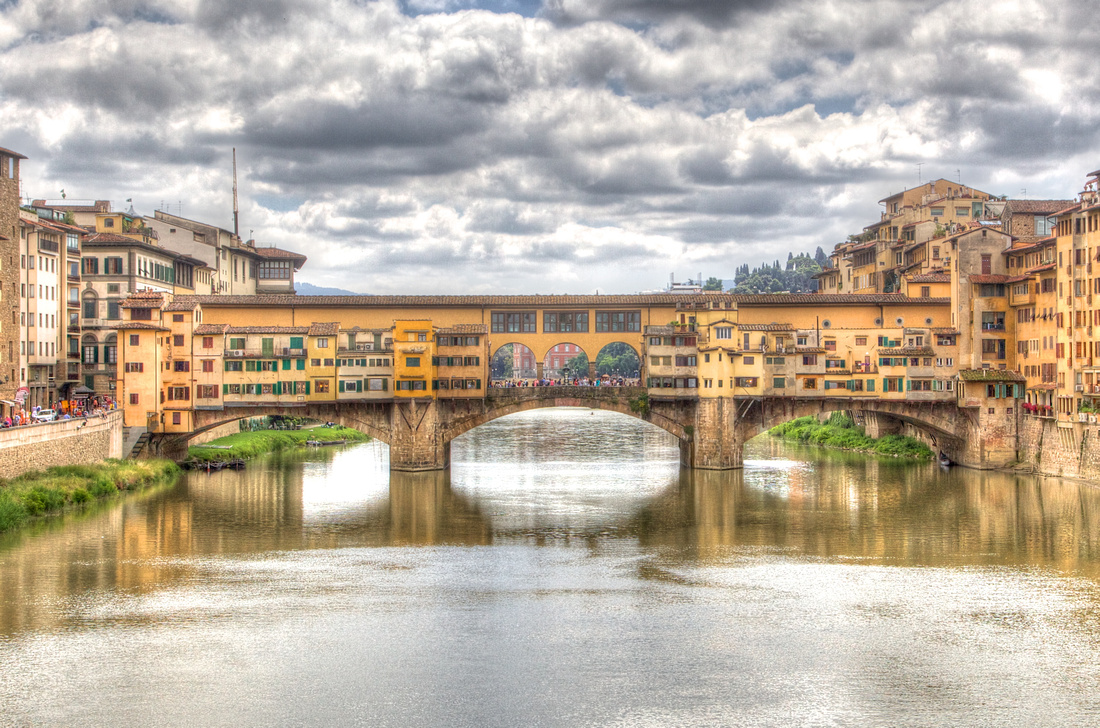 I just got back from a family vacation to Europe. The trip was fantastic, and I hauled along my Canon 5D mk II and 3 lenses.  (Which is actually a lot heavier than I thought it was..)  Anyway, among its lengthy list of impressive sights Europe boasts several notable bridges.  All the HDR photos you see were combined in Aperture with the Photomatix HDR Plugin.

The above bridge is the Ponte Vecchio (“Old Bridge” in Italian) in Florence, Italy.  Rebuilt in 1345 after damage in a flood this bridge has hosted merchants for hundreds of years.  Initially it contained several butcher shops, but the Medici Family who ruled the city during the Renaissance Period reportedly didn’t like the stink emanating from the dead animals so out went the butcher shops and in came the jewelry merchants.

The three windows you can see in the center of the bridge are part of the Vasari Corridor – a passageway the Medici family had built so they could pass over the river from their compound and not need to mingle with the common folk.  This passage is featured prominently in Dan Brown’s new book Inferno.

Here is the same bridge at night: 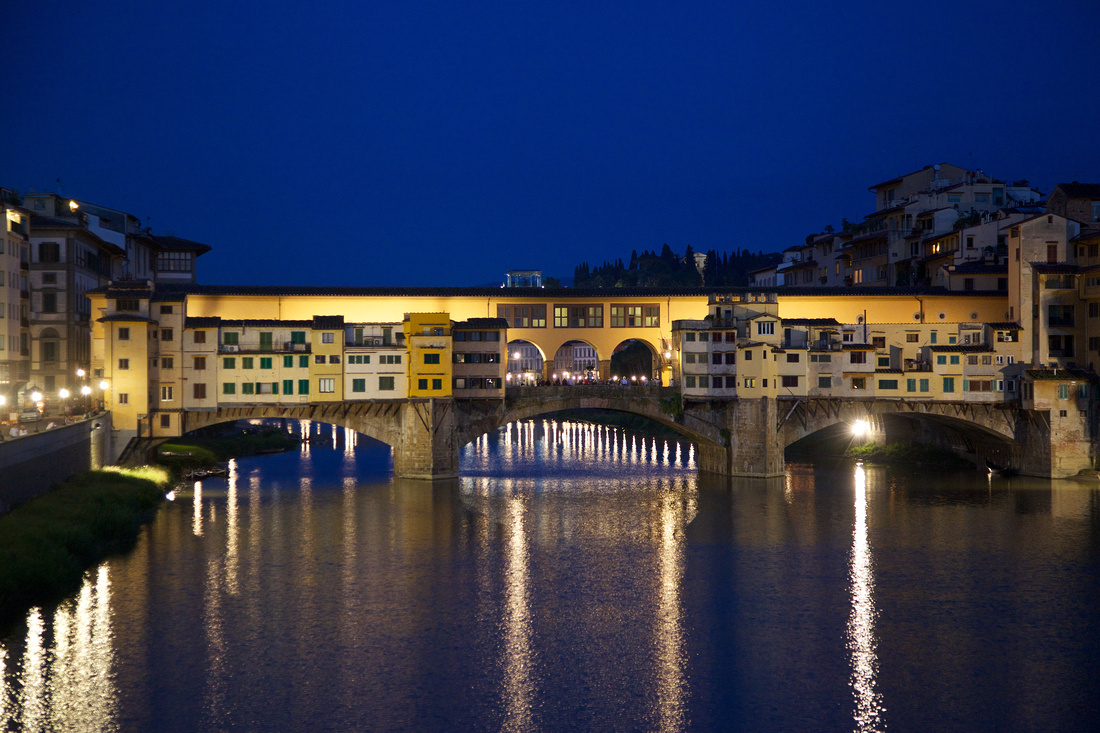 Another famed Italian bridge is the Rialto Bridge just a short train ride away in Venice. 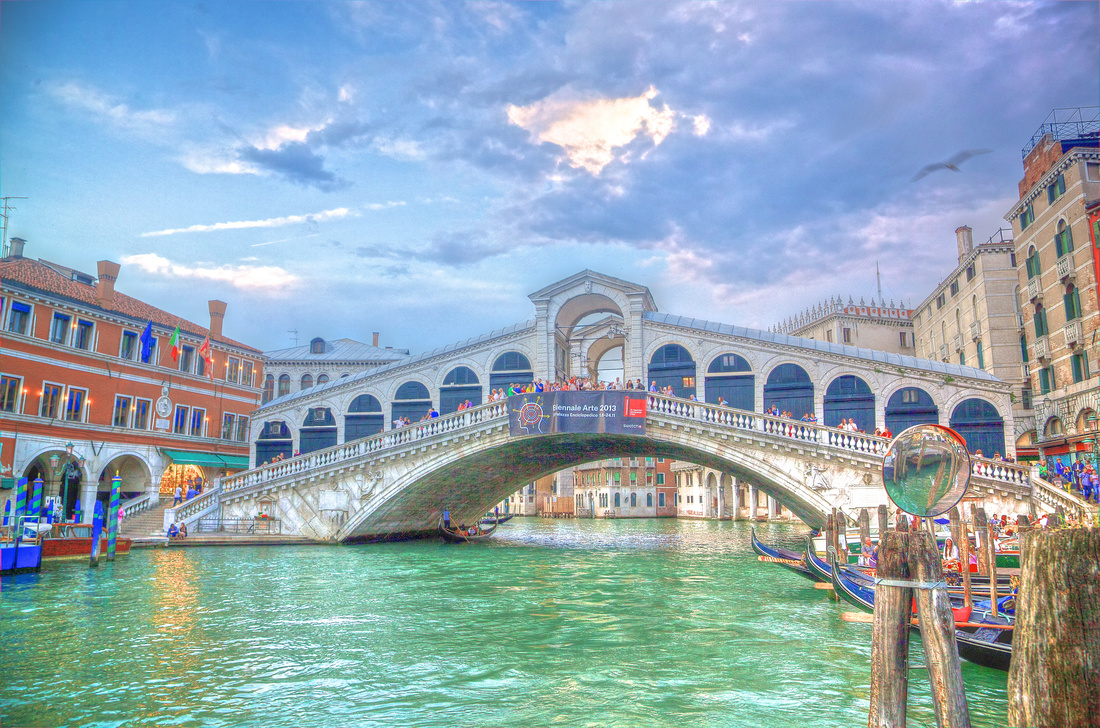 Completed in 1591, the Rialto Bridge is one of just four bridges that span the Grand Canal in Venice.  Like the Ponte Vecchio, the Rialto Bridge hosts several merchants.  Here is another shot of the bridge from the canal taken from a gondola. 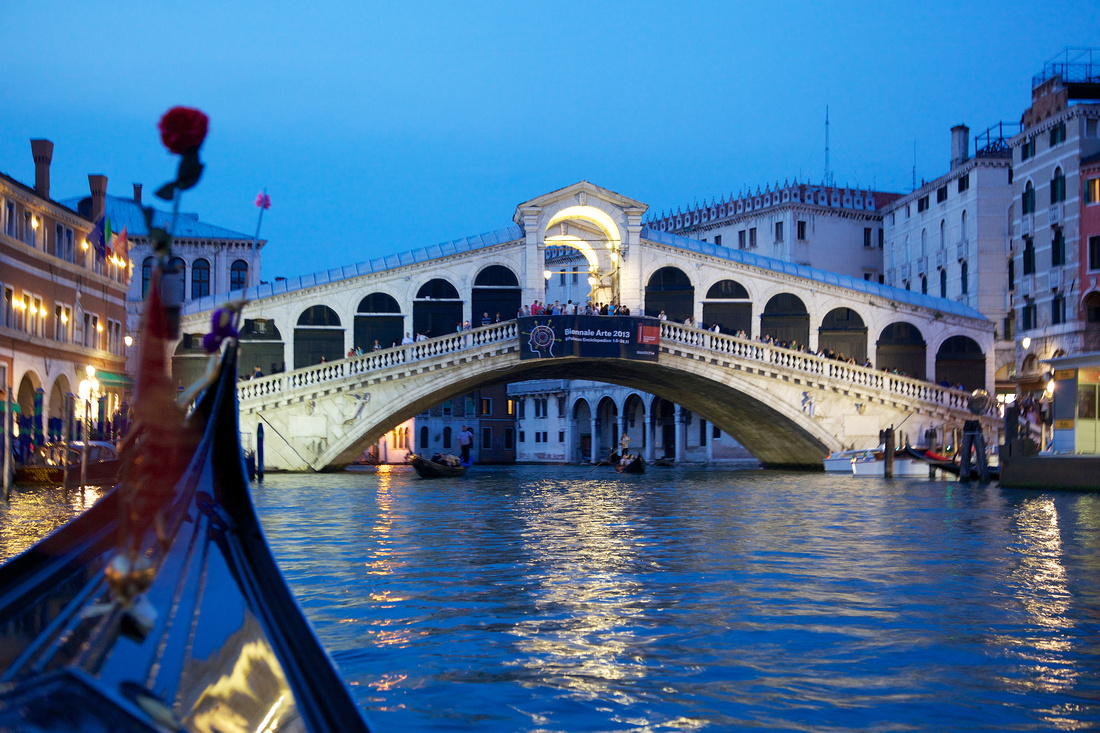 Another Venetian bridge of note is the Bridge of Sighs. 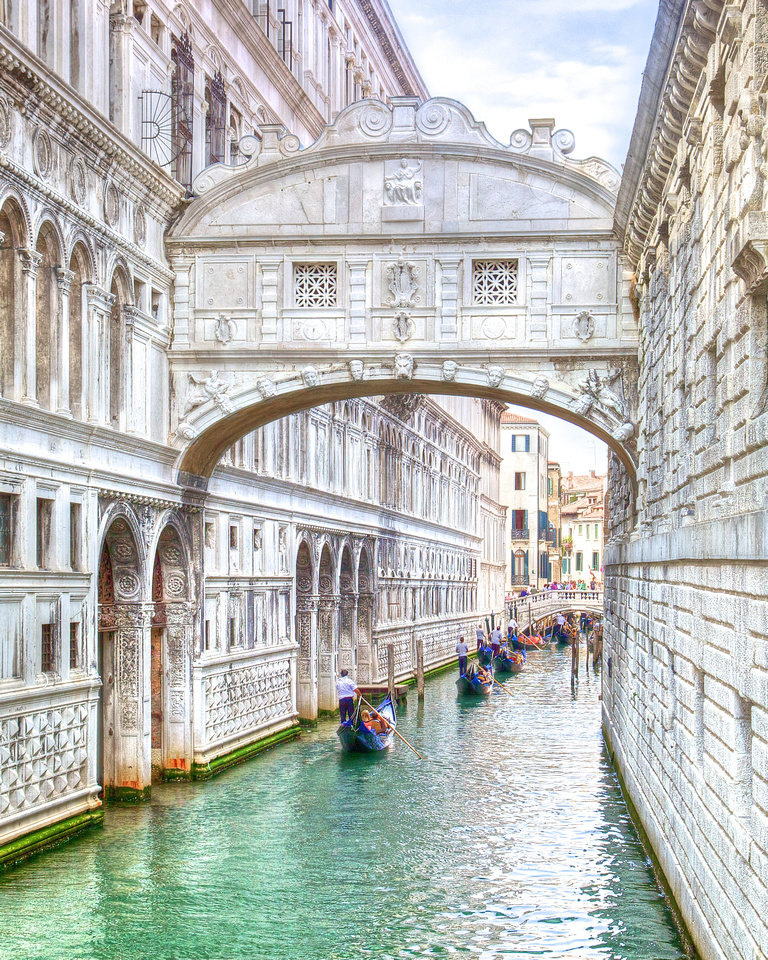 Built in 1602, the bridge connected the interrogation rooms of the Doge’s Palace to the new prison.  Lord Byron is credited for naming the bridge in the 19th century when he suggested that the prisoners would take one last look at Venice through the bridge’s windows and let out audible sighs before being taken to their cells. 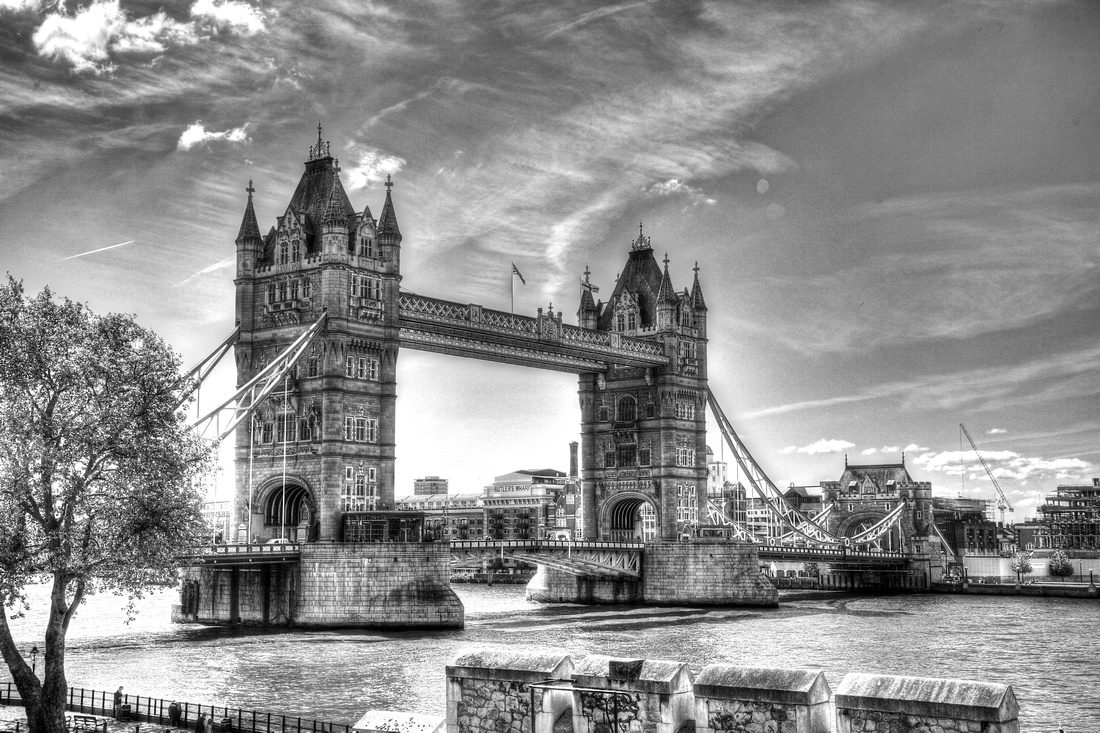 Finished in 1894, The Tower Bridge spans the Thames River.  The central span can raise to allow marine traffic to pass.  Here is shot from the river. 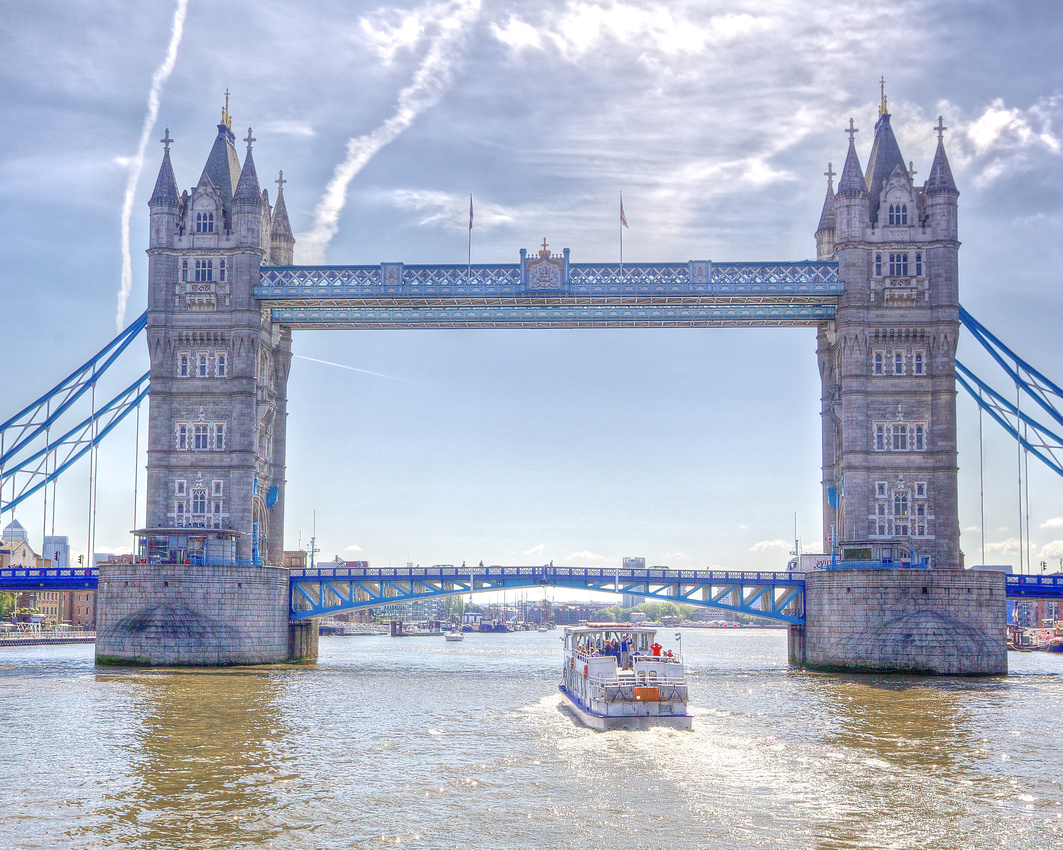 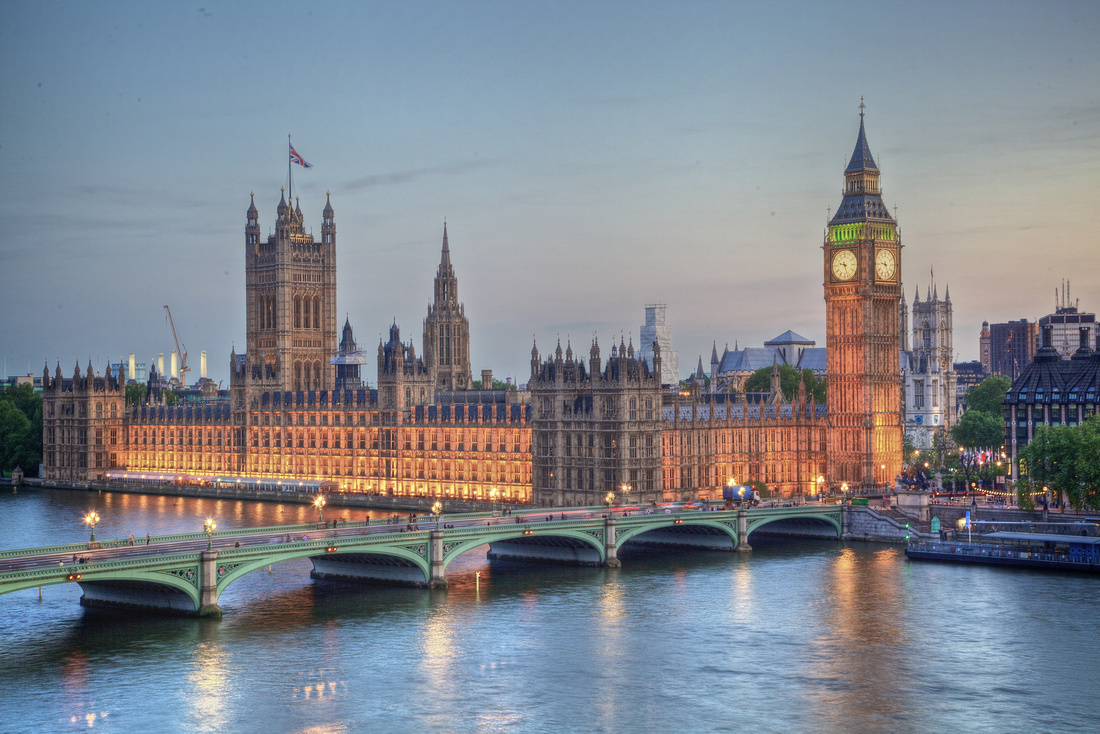 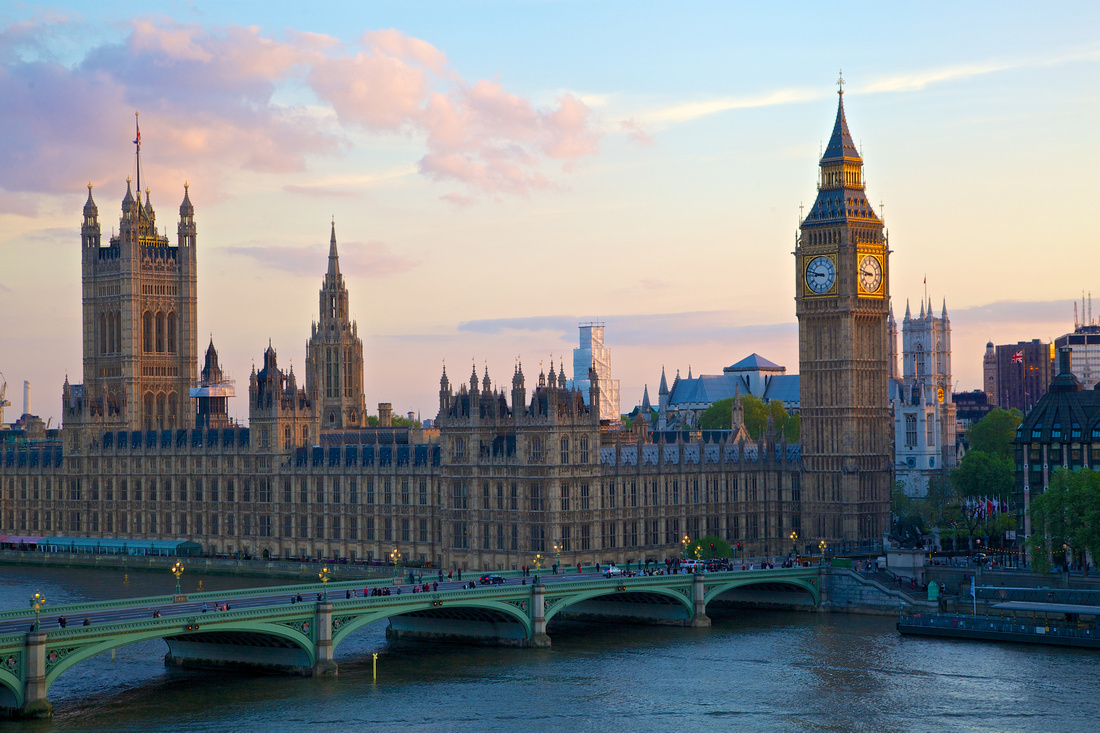 I’m sure there are a zillion more European bridges of note, but these were the major ones that found their way onto my memory cards.  I’ll be preparing future blog entries featuring the areas we visited on our trip.  Until then, safe travels and happy shooting.