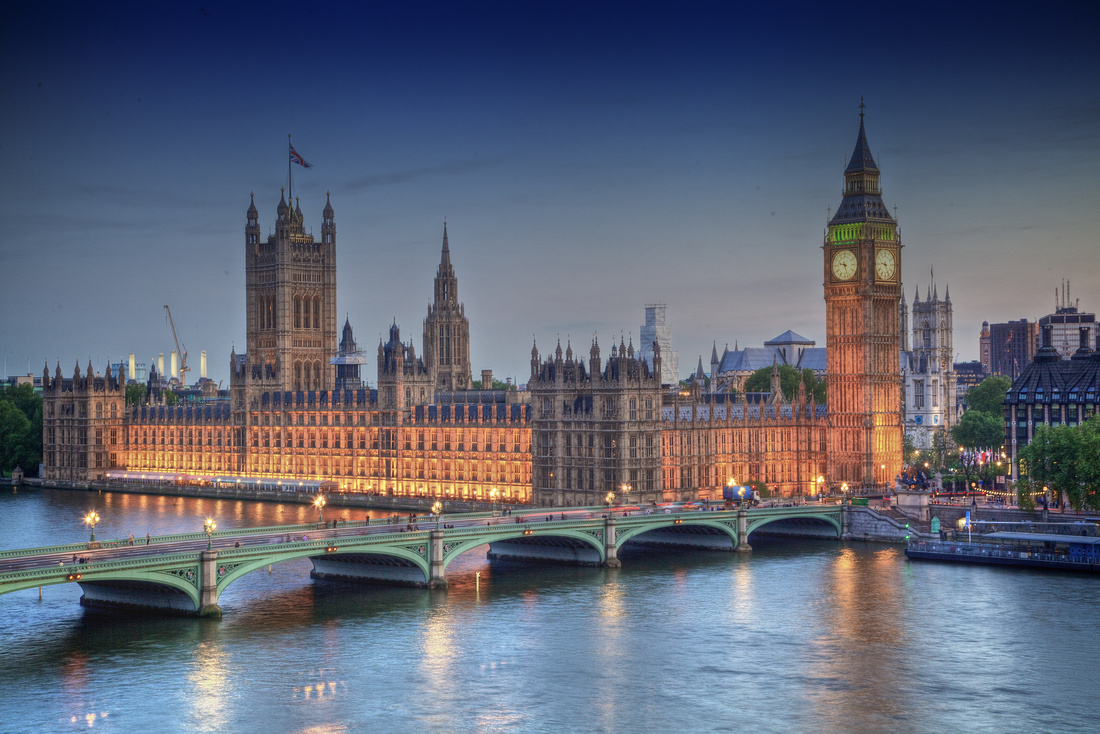 (HDR Shot of the Parliament Building, Elizabeth Tower (which houses Big Ben), and the Westminster Bridge.)

I’ve been lucky enough to travel to London several times over the years for work, but recently I was able to take my family there as the first destination on a much anticipated European Vacation.  My wife had visited London before, but for my 14 year old daughter, this was her first stop ever on the European continent.  She is an avid Doctor Who fan and was excited to visit the land of the BBC. 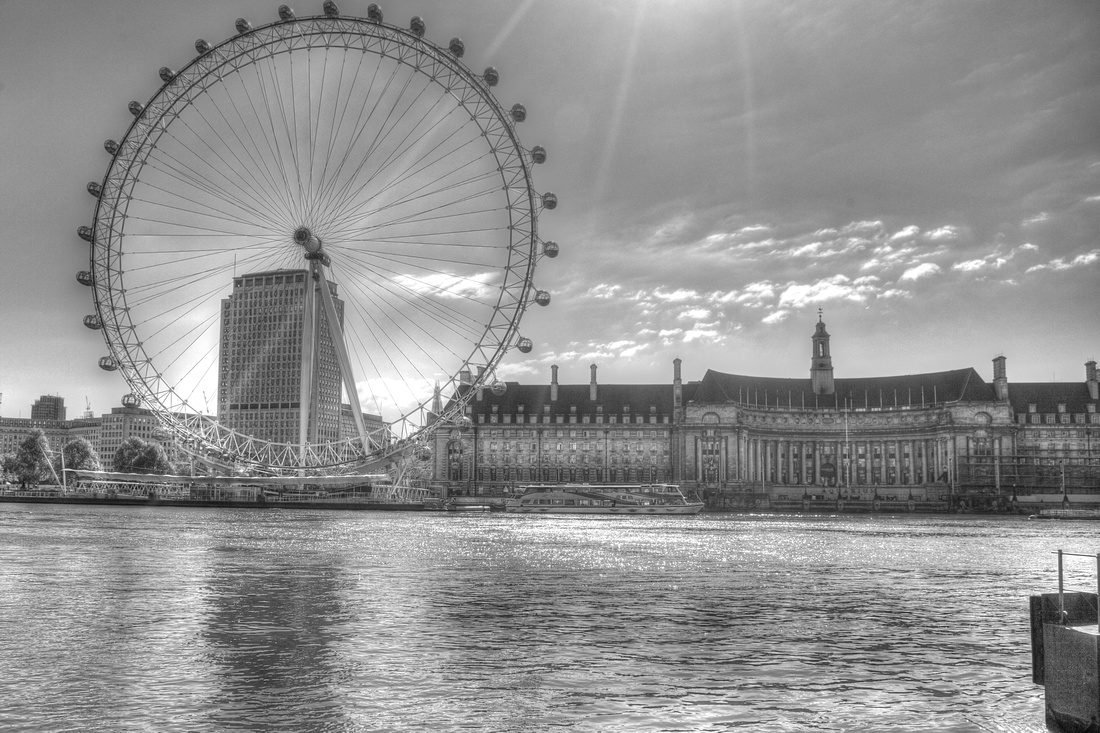 (Here you can see the London Eye across the Thames. Our hotel, the County Hall Marriott, was just to the right of the Eye.)

We arrived early (couldn’t check into the hotel yet) and a bit jet-lagged but were determined to see all we could on our three-day stay in the UK.  We started out with a 3 hour walking tour of the London highlights which ended up near Buckingham Palace for the much heralded Changing of the Guard. 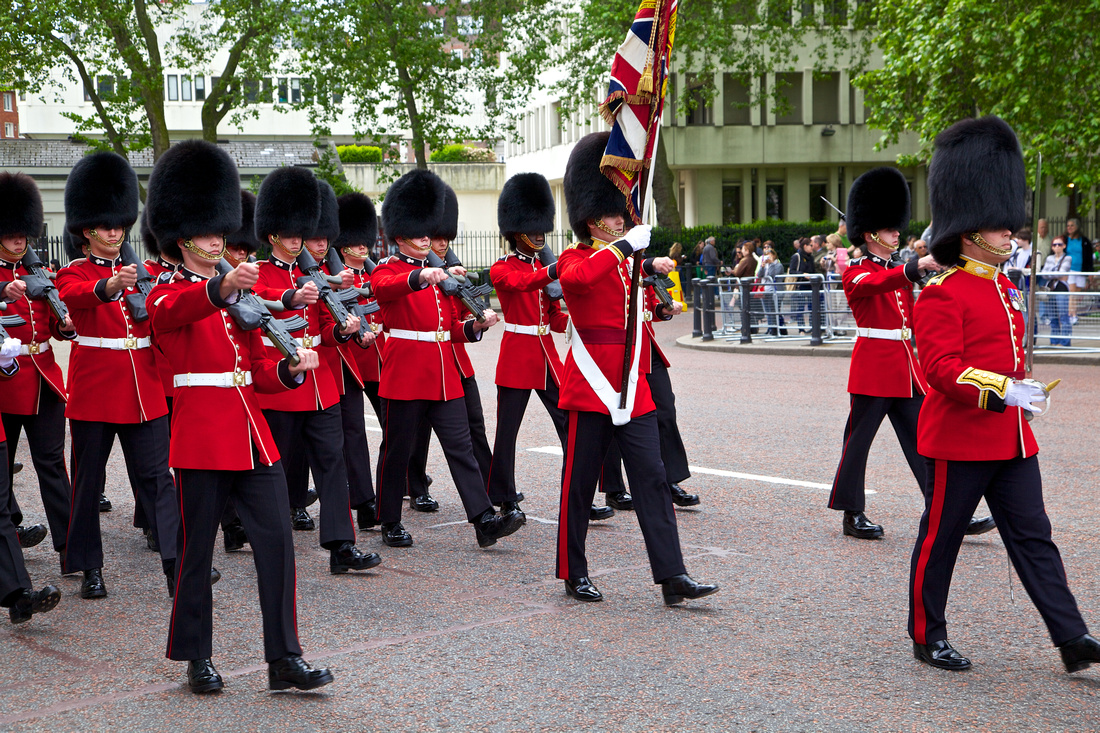 (The soldiers in the brightly colorful uniforms are actual active duty troops currently on domestic duty.)

The Changing of the Guard mostly centers around the famous Queen's residence, Buckingham Palace.  It is possible to tell if the Queen is in residence based on which flag is flying over the Palace. From this image it is impossible to tell, but everybody around us was saying that the Queen was not in that day. 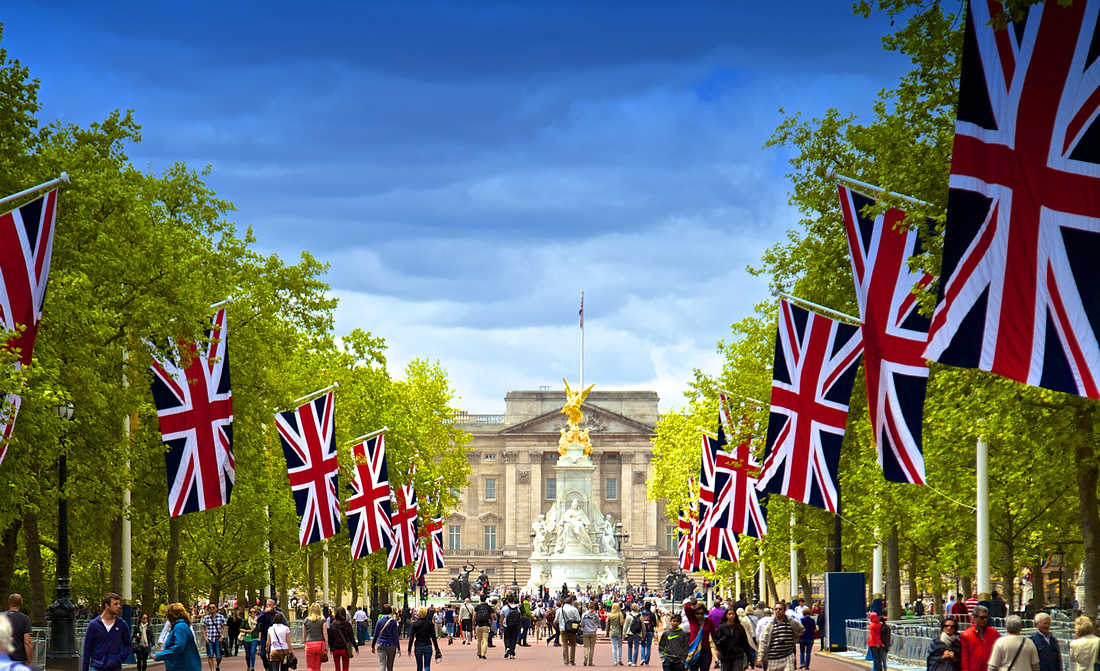 Speaking of the Queen, we just happened to be in town for the Queen’s Diamond Jubilee – a celebration for 60 years of her reign.  Brits are big into pageantry, and with the Jubilee occurring much celebration, parties and decoration were occurring everywhere we looked.  (I originally thought it was to celebrate the Young family coming to visit…) 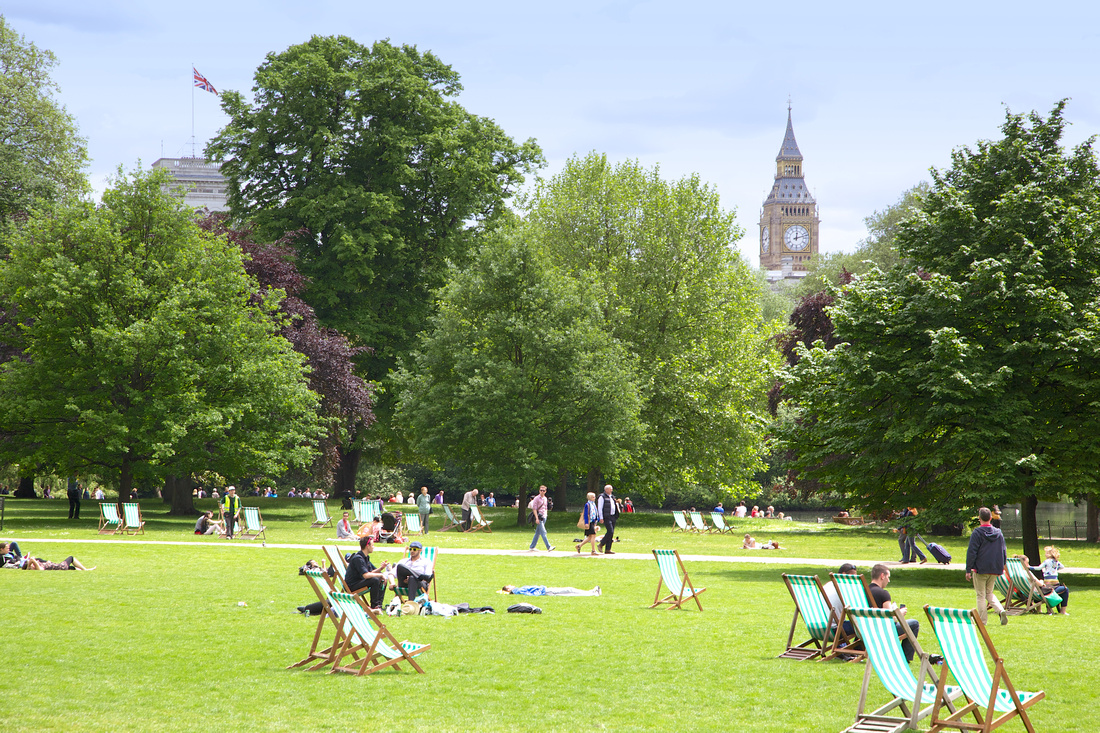 London can have downright nasty weather.  (I’ve been there for as long as weeks before and never saw the sun.)  We lucked out during our visit.  Tourists and Londoners (Londites? Londahodians?) alike gathered in the city’s many green parks to take advantage of the rare sun. 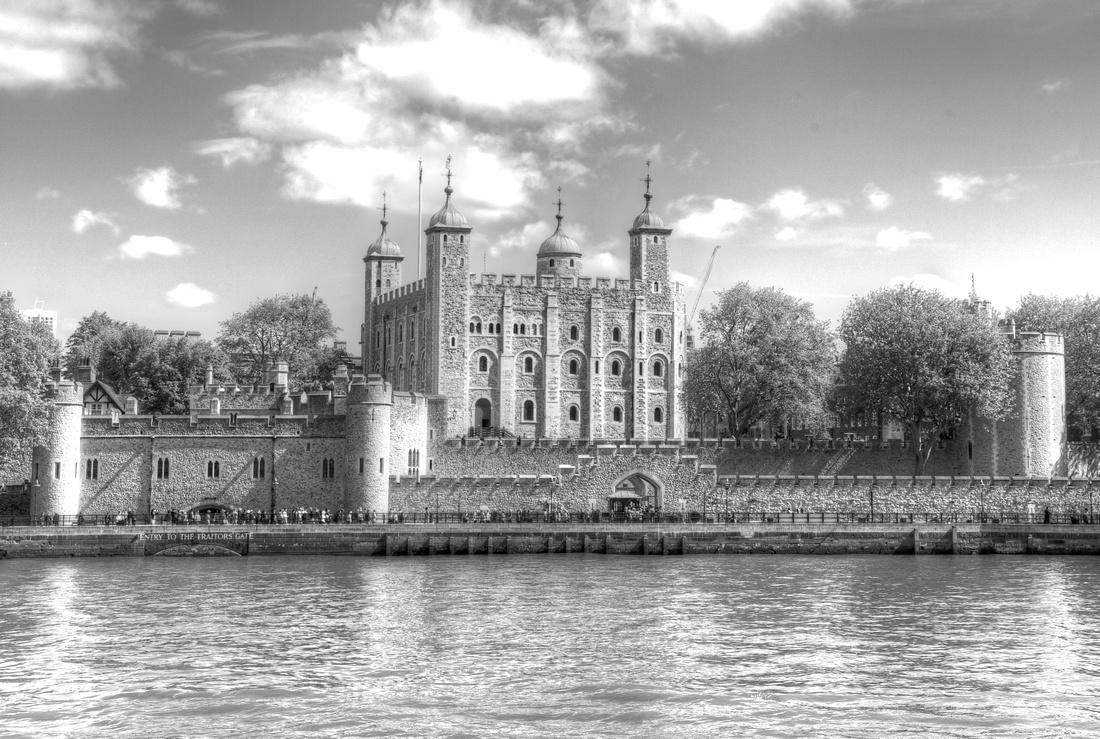 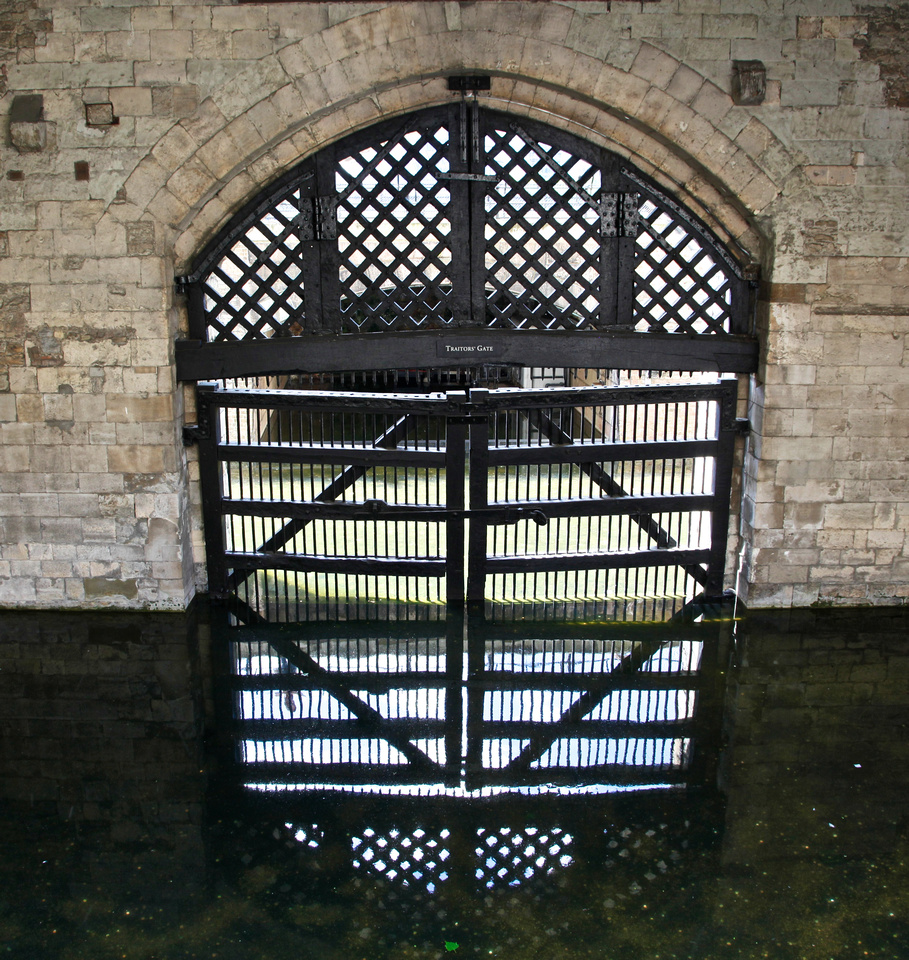 (Prisoners would enter The Tower from the water via "Traitor's Gate." )

A newbie’s trip to London wouldn’t be complete without a visit to the Tower of London.  This ancient fortress contains the crown jewels, an extensive collection of armor and weapons, the famed Beefeaters, a bloody history, and some really nasty huge Ravens. 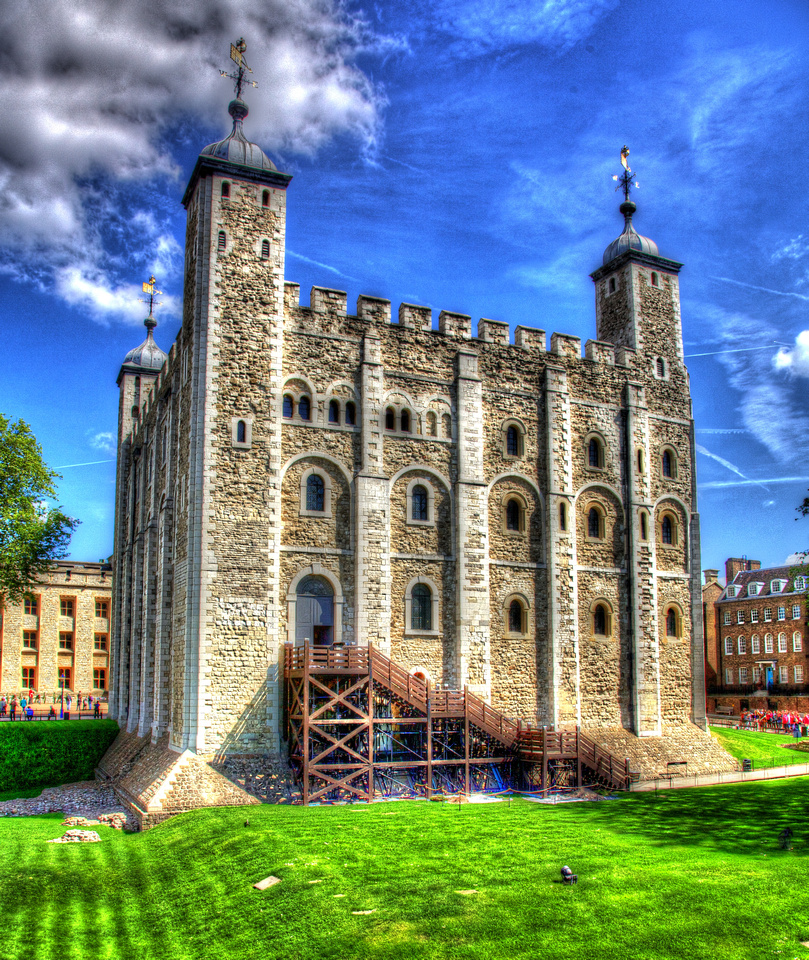 (HDR shot of White Tower which houses a museum of weapons and armor used at the Tower.) 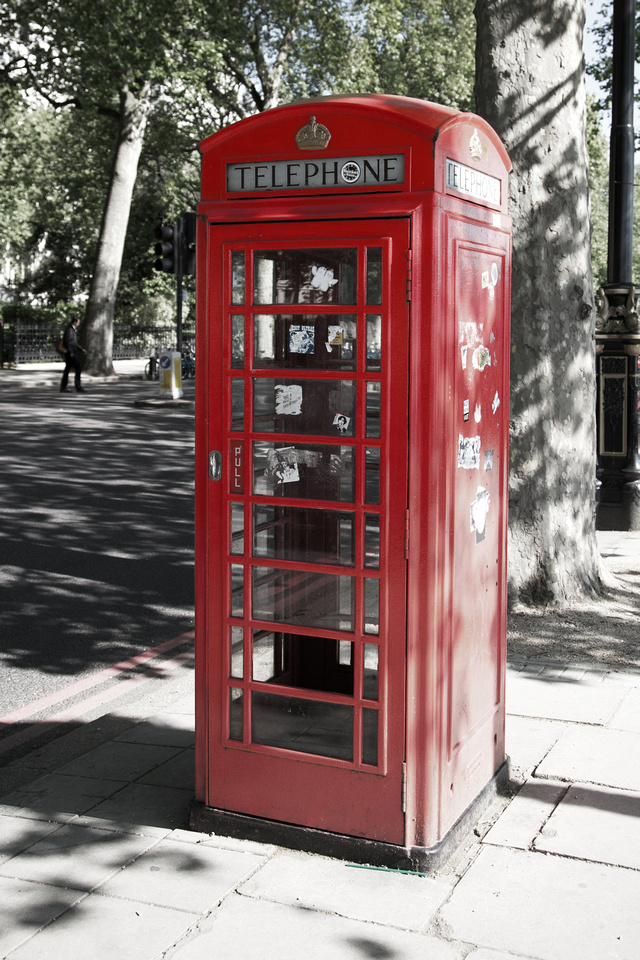 I mentioned before that the Brits were deep into symbols and pageantry.  The ubiquitous red telephone booth is a unique symbol of London and you see them everywhere within the city.  Now that everybody has cell phones I’ve never actually seen anybody using the phones contained within.  I believe it’s a law, however, that all visitors must have a photo taken inside these booths. 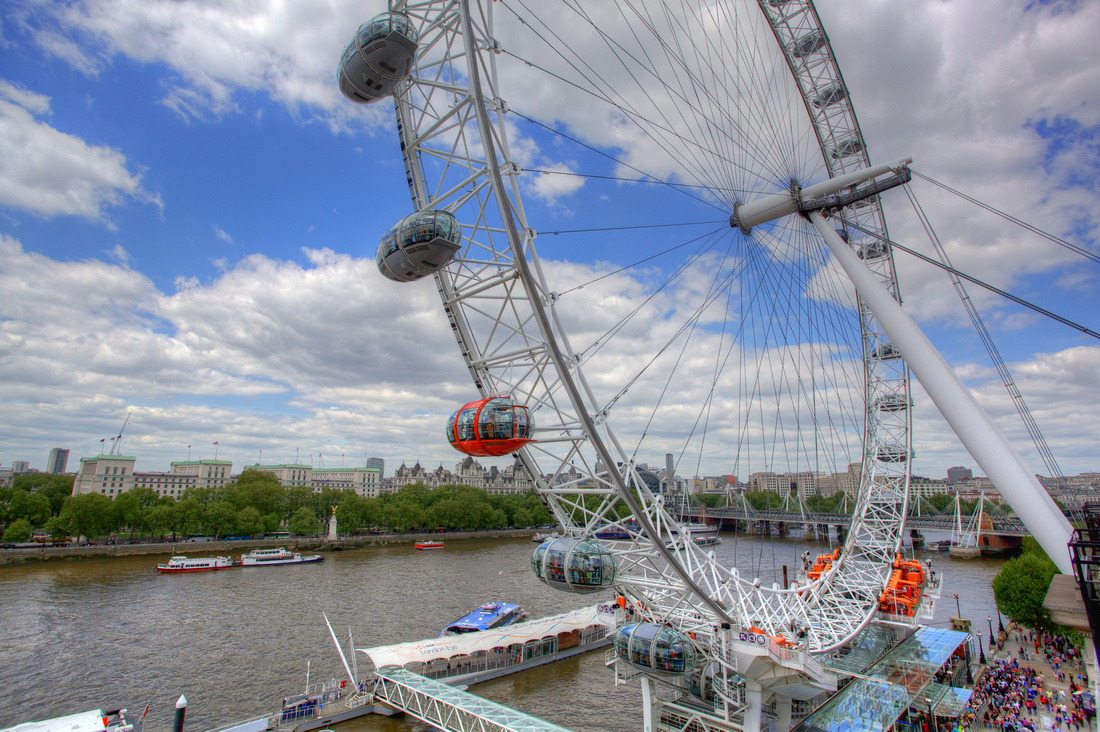 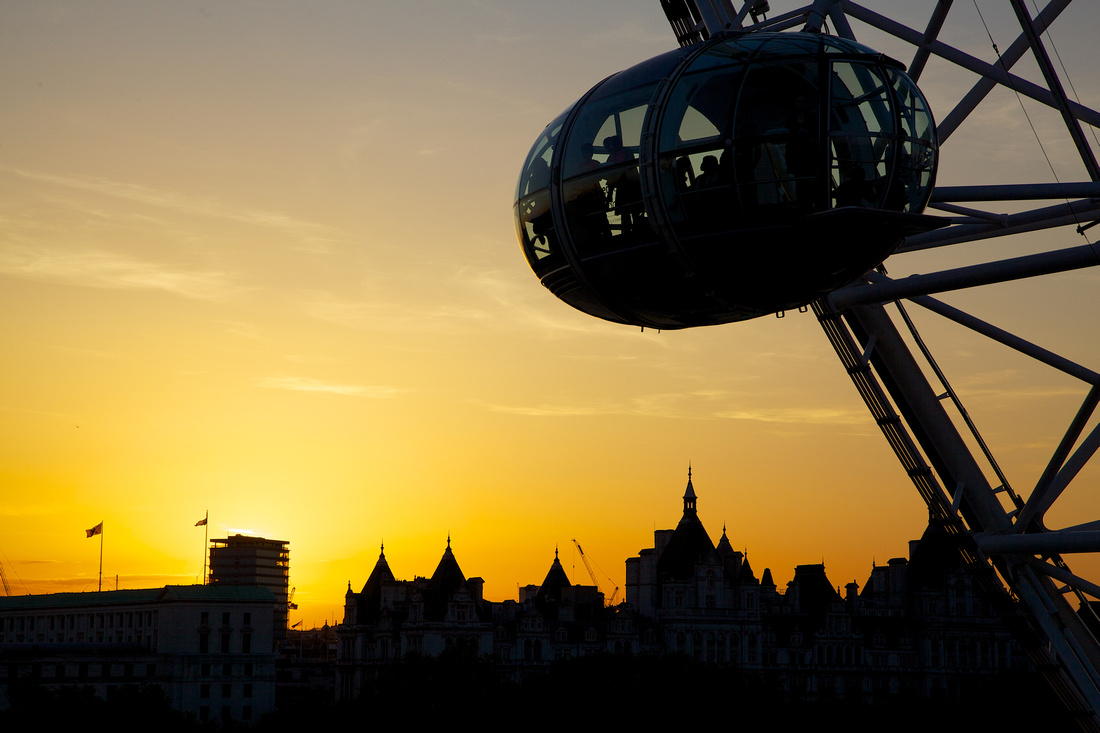 Added in 2000, the London Eye has become a much recognizable feature in London’s skyline.  A somewhat anachronistic companion to London’s old buildings, the Eye adds some vibrant personality to the city’s silhouette.  I have a lot of photos of the eye because it was directly outside our hotel room balcony.

We saw a zillion old buildings, had tea, saw red soldiers marching, checked out a palace, saw where Anne Boleyn was beheaded, rode a boat on the Thames, had some fish and chips BUT my favorite part of London has always been the pub.. 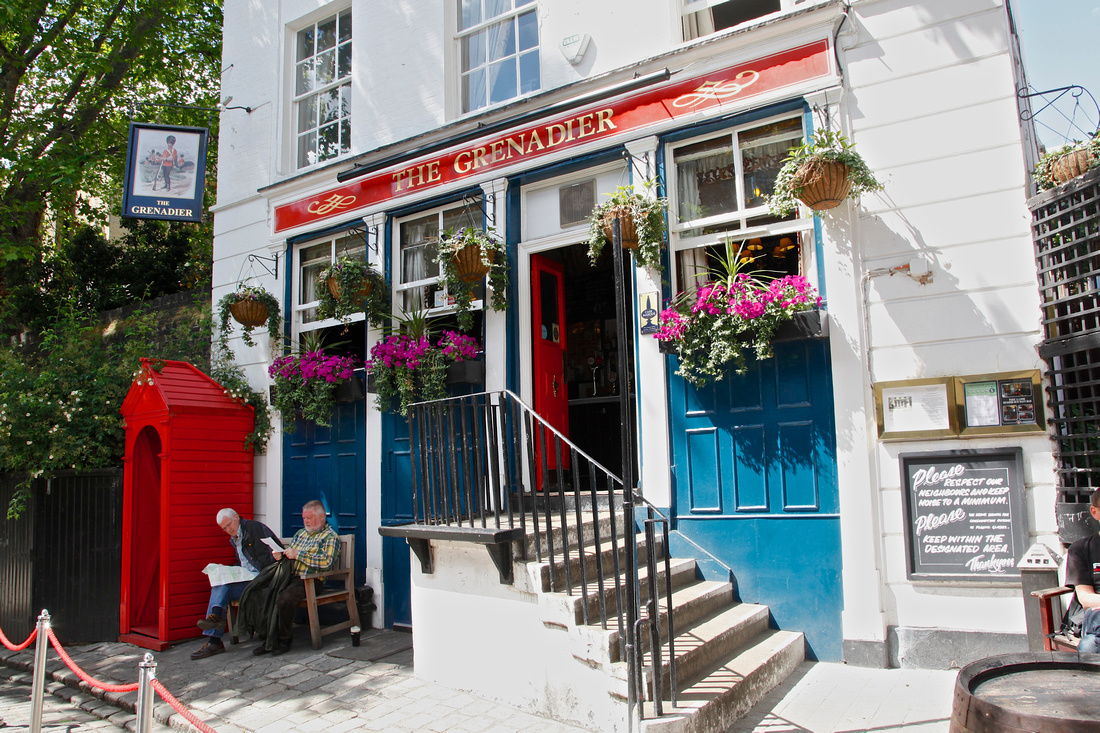 You can’t swing a dead cat in London without hitting a pub.  These aren’t simply bars like you find in the US; the pubs are the social centers (or I guess “centres”) of the UK.  In ancient places with names like “Ye old Cheshire Cheese” and “Bag of Nails” you'll find whole families eating dinner, the after work crowd unwinding on the way home, the retired reminiscing, or tourists like me trying to figure out the correct pronunciation of the word “aluminum.”  Cheers!! 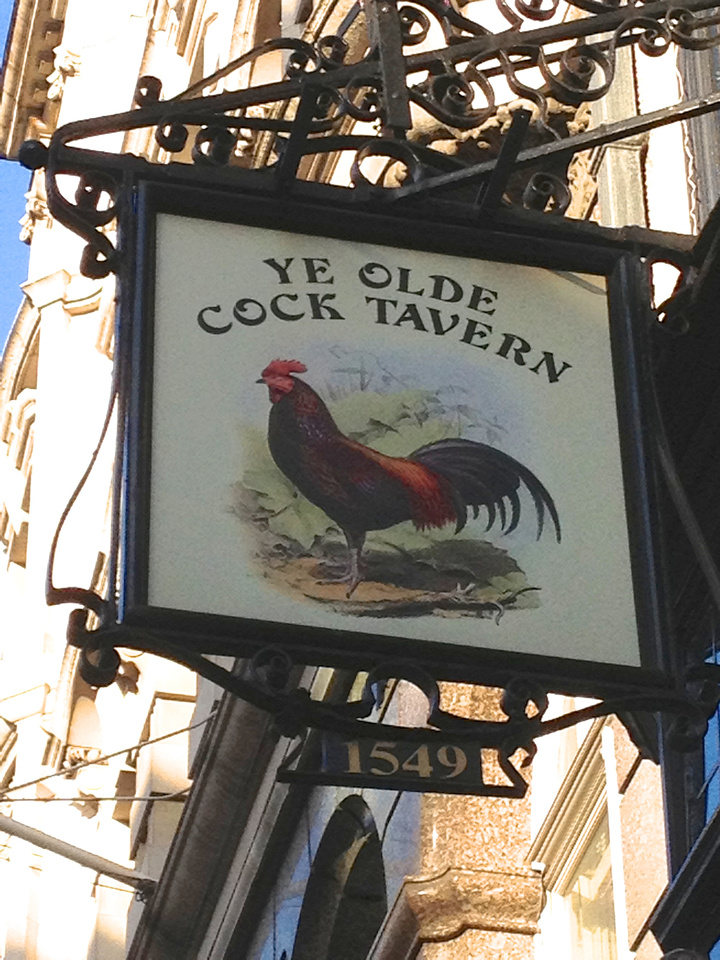 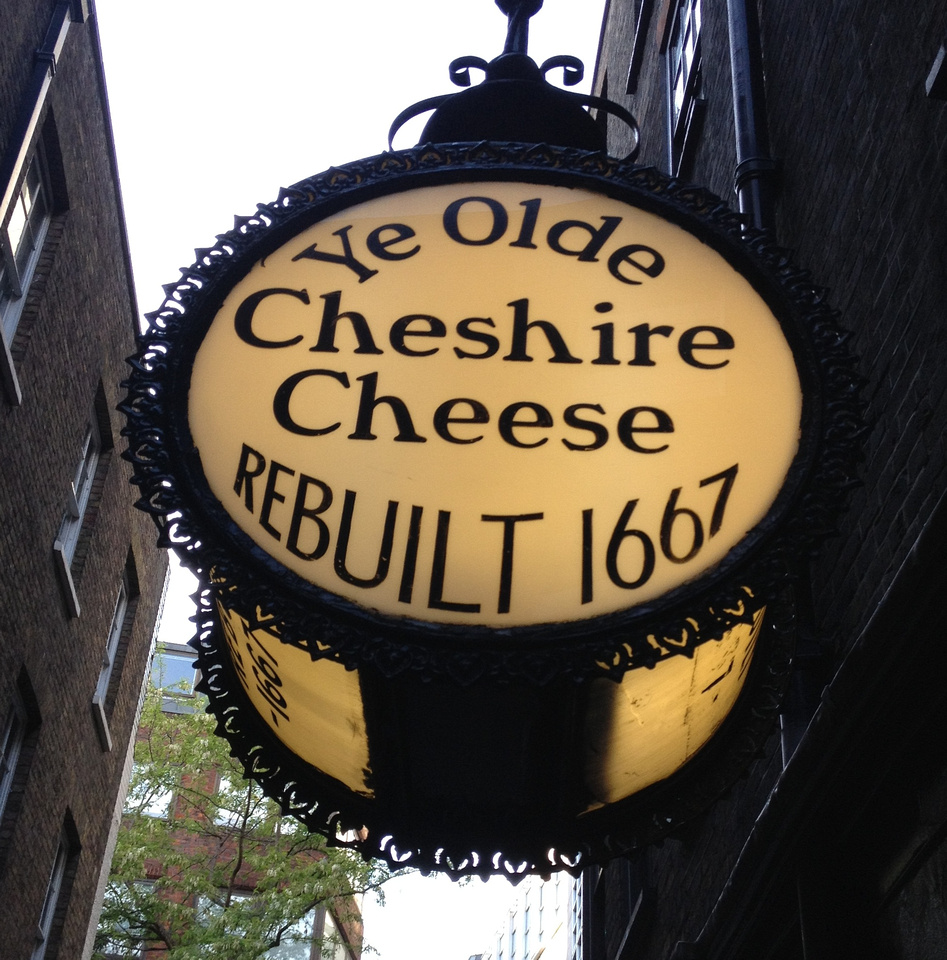