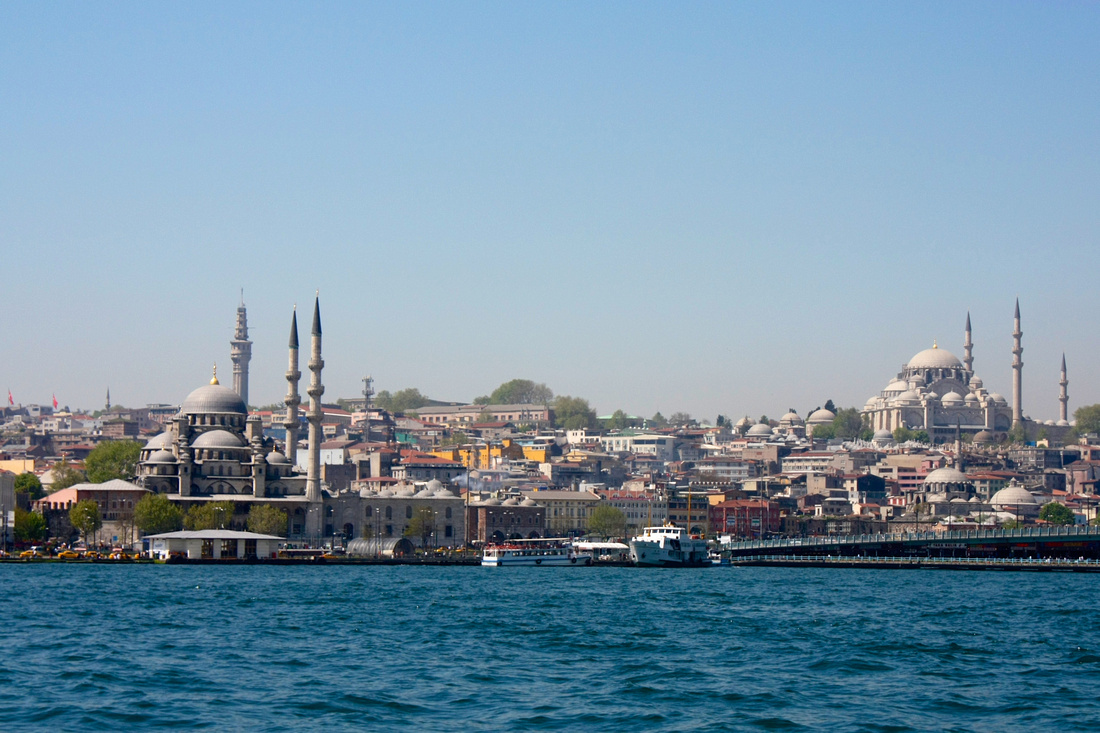 I recently shared some images from Cappadocia, Turkey, so it made sense to cover the Turkish city I usually end up in: Istanbul.  Basically a living history lesson, Istanbul has roots going back to 600 BC or so and has been a significant strategic location ever since its genesis.  Initially the capital city of the Byzantine Empire, then the seat of the Ottoman Empire, Istanbul has seen it all.  When I travel to these exotic locations rife with historical significance I berate myself for not taking more of an interest in history in my academic career.  I never traveled outside the US until after college (Canada does't count) so all the faraway places like this were just pictures in a heavy book.  Now I try to learn as much as I can about the places I go before I depart so I can hit at least the high points.

For those who aren't up to date on the geography, Istanbul sits on the Bosphorus  Strait which is the dividing line between Europe and Asia.  I've stayed on both the Europe and the Asia sides - The last time I stayed on the Asia side and took the ferry to the old-town part of the ancient city. 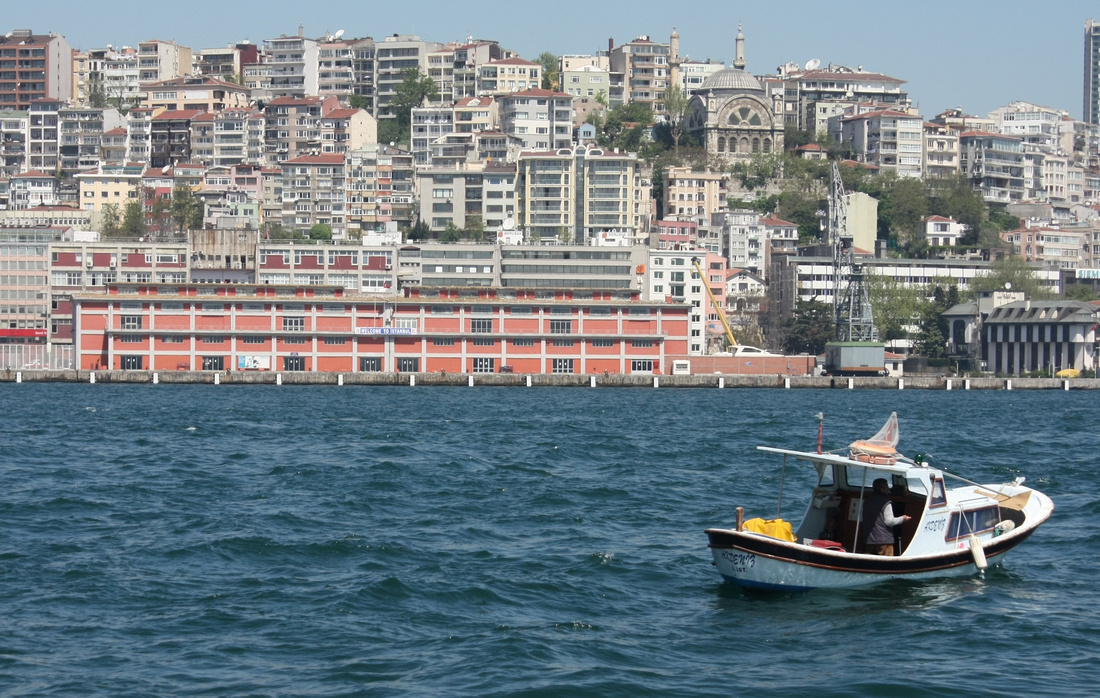 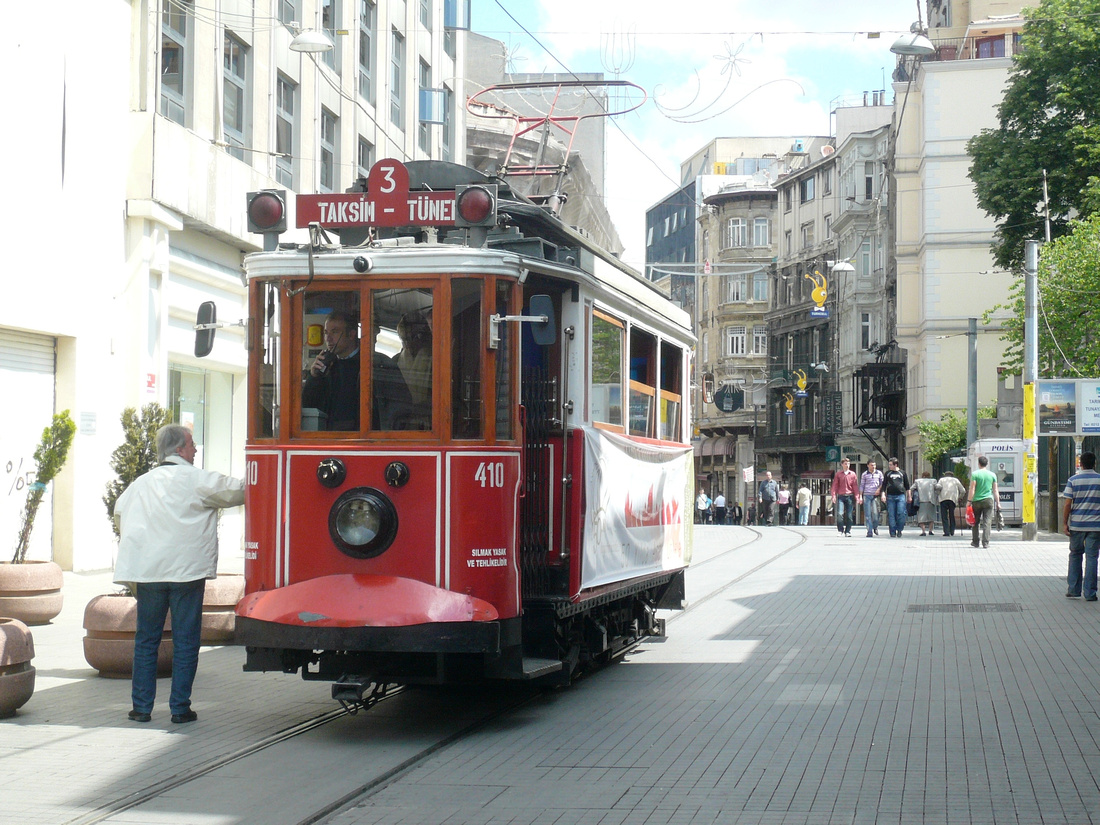 Istanbul has been the star of the cinema lately, and featured prominently in this year's Taken2 and the latest Bond flick, Skyfall.  The two famous landmarks that define the skyline are the Blue Mosque and the Hagia Sophia. 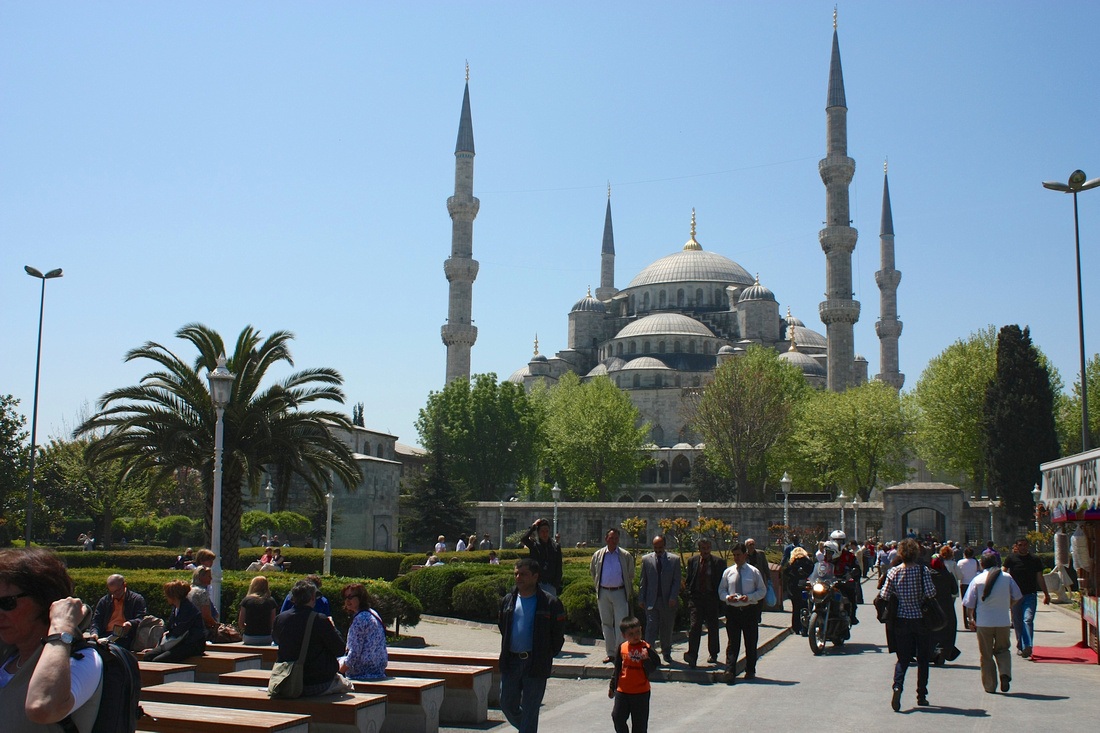 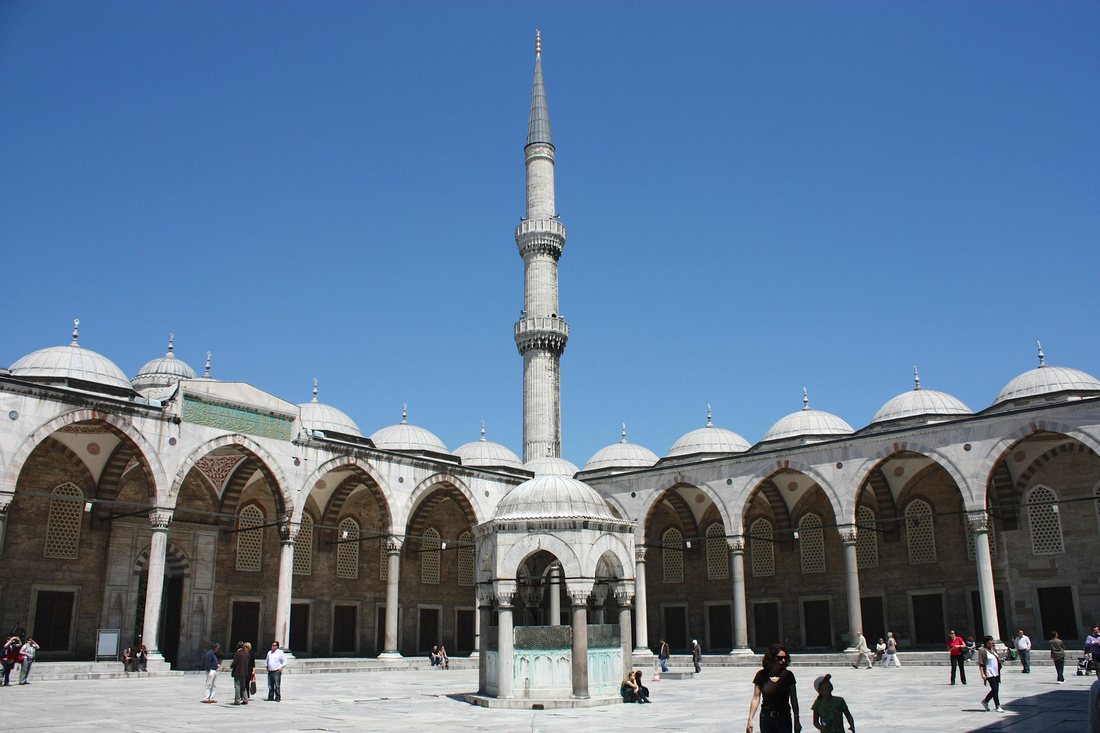 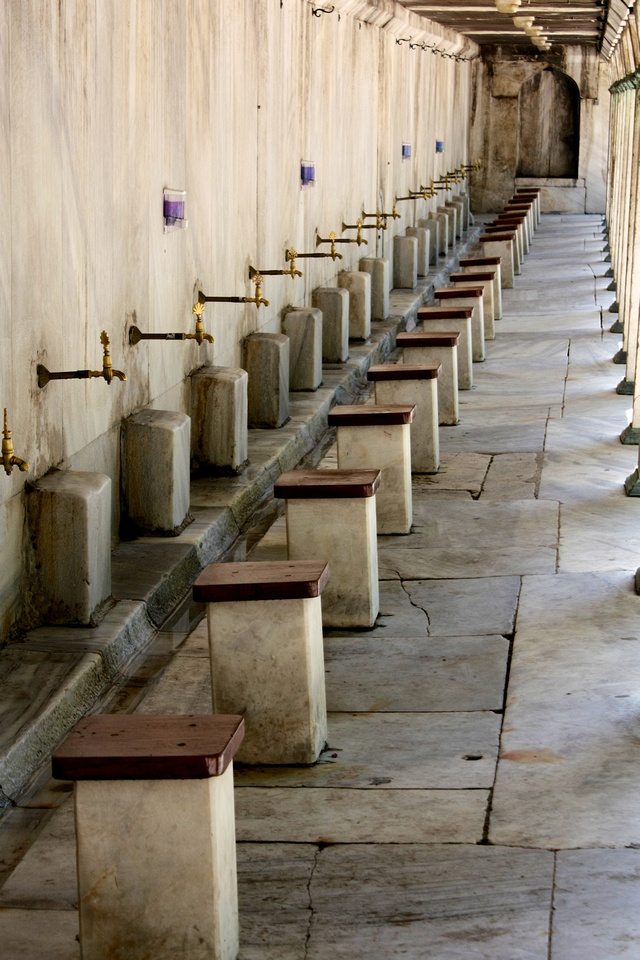 Here are a couple images from inside the grounds of the Blue Mosque.  The lower picture is where worshippers wash their feet before entering the actual mosque.  The mosque is open to the public and if visitors dress conservatively and are respectful they can see the inside with no issues.  (Standard international standards of conduct.)

Here are some shots of the Hagia Sophia.  Initially it was the main Byzantine Church, then it became a mosque, and now it is a secular museum. 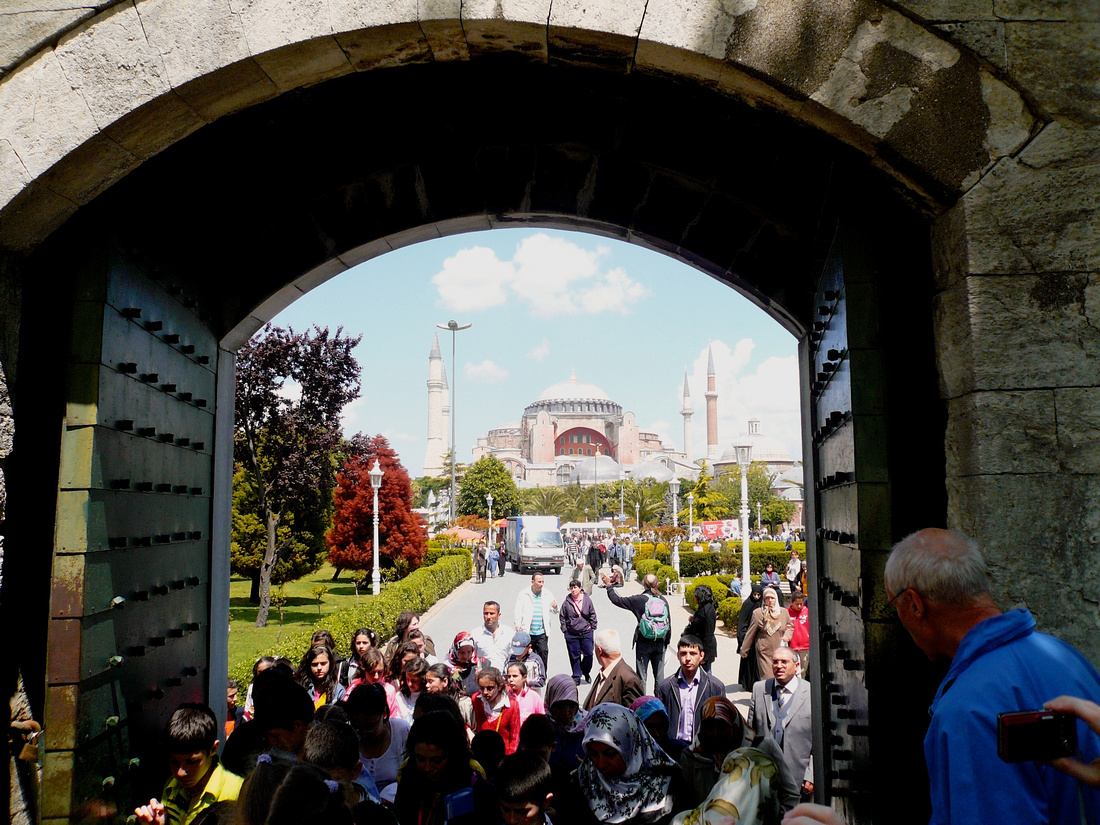 The Blue Mosque and the Hagia Sophia are located right across the street from each other.  This makes for efficient sight-seeing. 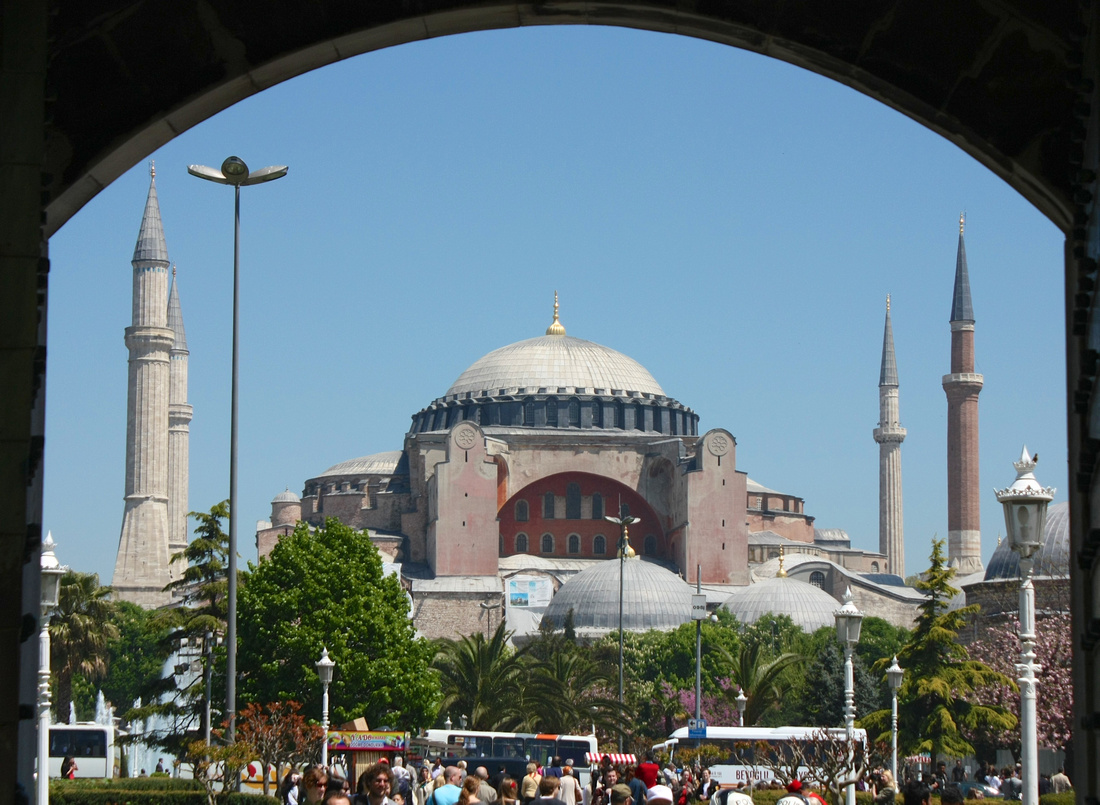 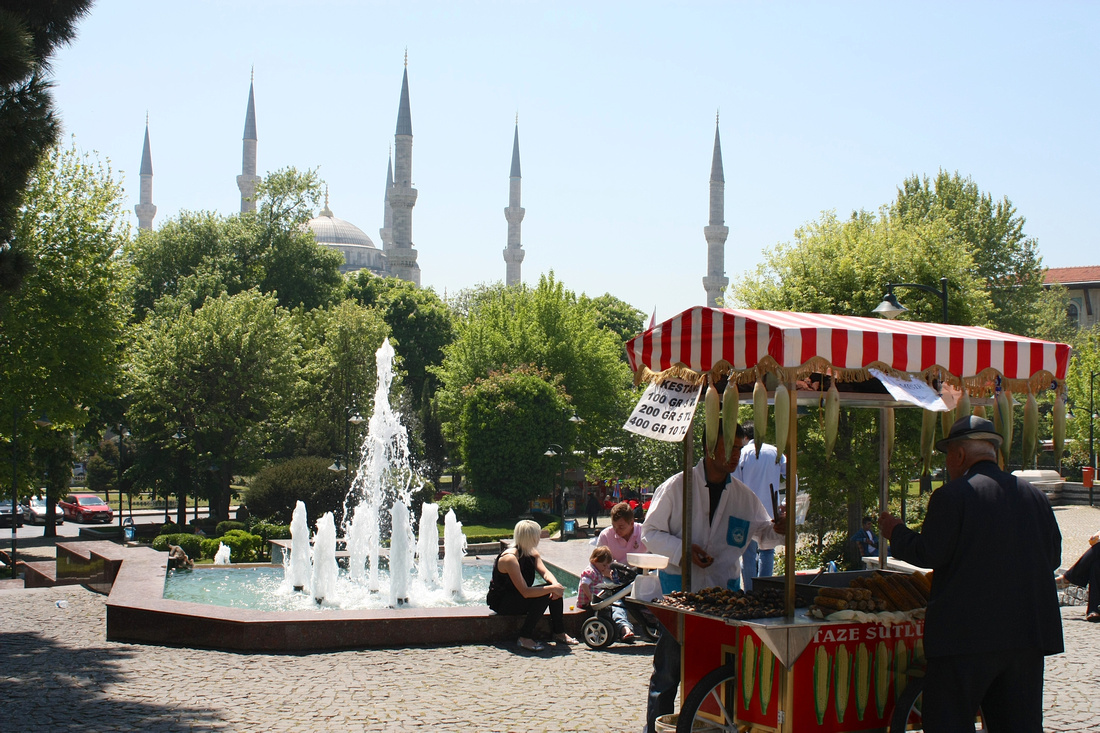 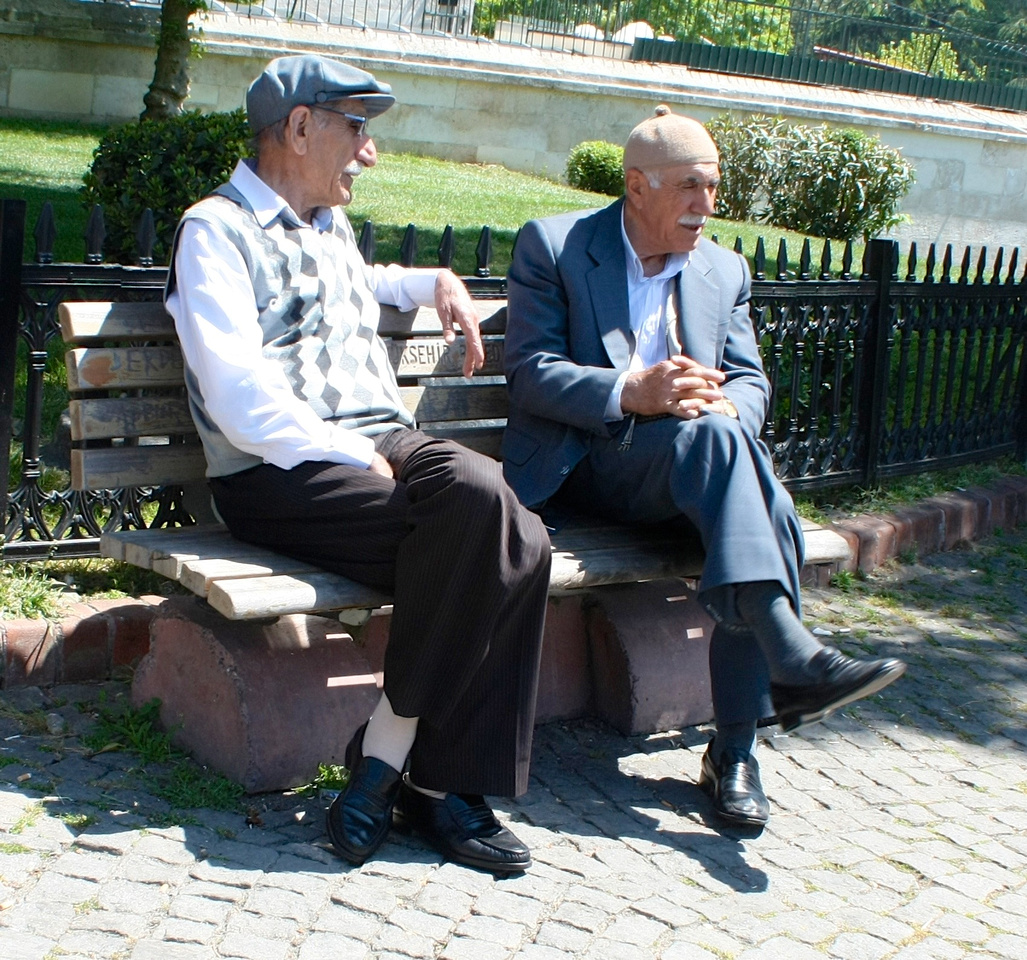 Here are a couple local men discussing who is the better James Bond - Daniel Craig or Pierce Brosnan.  (I go with Sean Connery.)

Ok, a couple more images from another historical landmark.  The Basilica Cistern is located near the Hagia Sophia and is the largest of several ancient cisterns located beneath Istanbul.  This one dates back to the 6th century.  Lit eerily with spooky lights, the cistern is always a crowd pleaser. 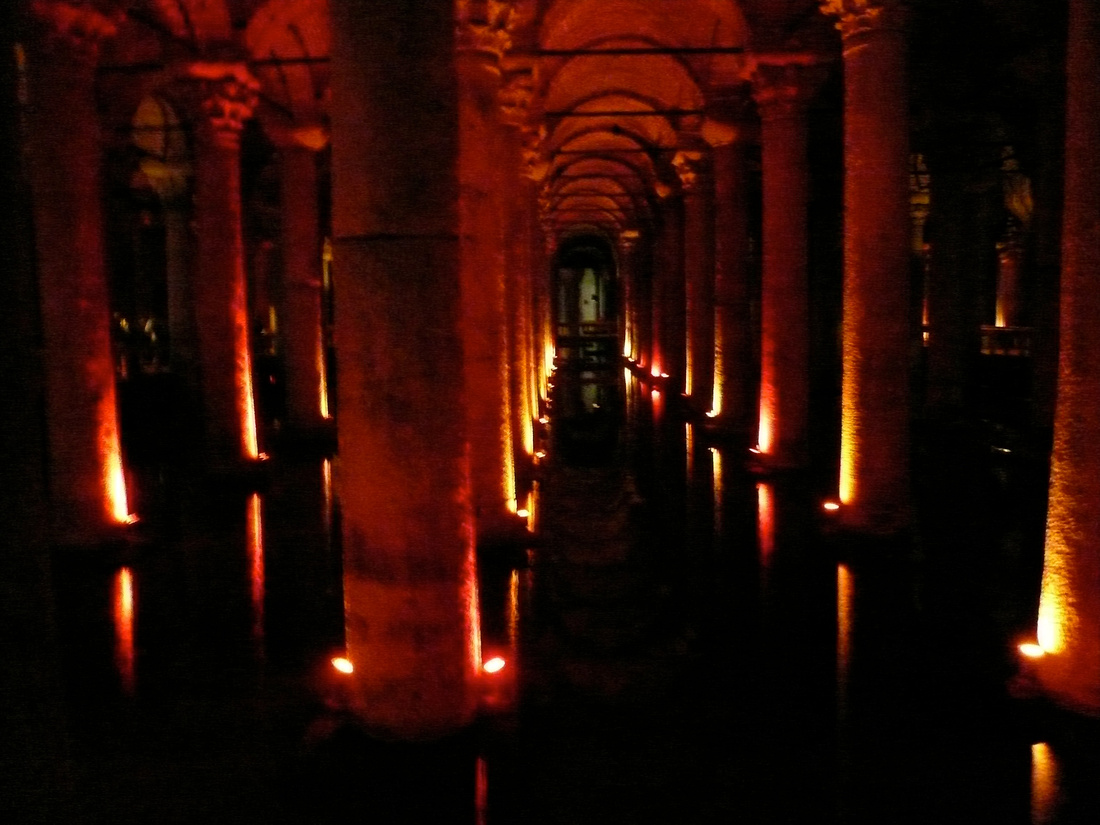 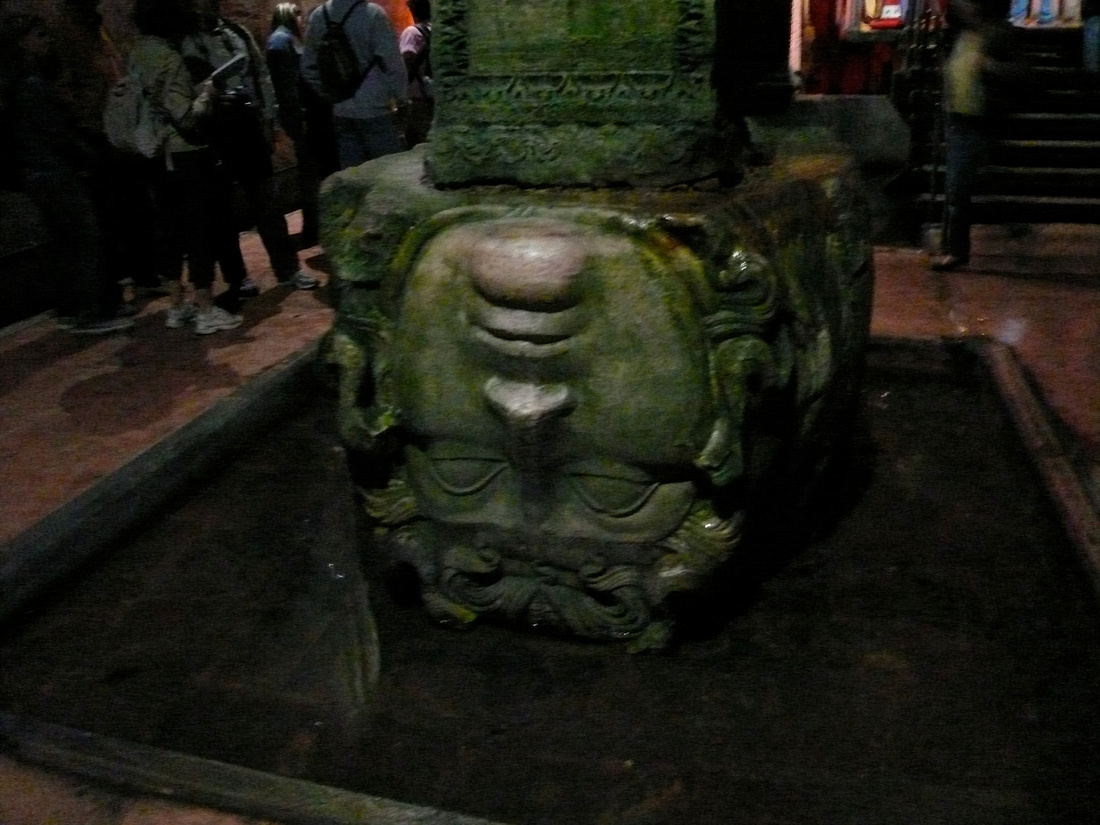 This medusa head supports one of the columns.  The historians think that it was used simply because it was available, not for any "turning men to stone" reasons.  Keeping the James Bond theme from above, the cistern was featured in the 1963 movie From Russia With Love.  Okay, enough with the history lessons.  Let's go shopping.  Time to head to the Grand Bazaar. Dating back to the 1450's the covered Grand Bazaar is one of the oldest in the world. 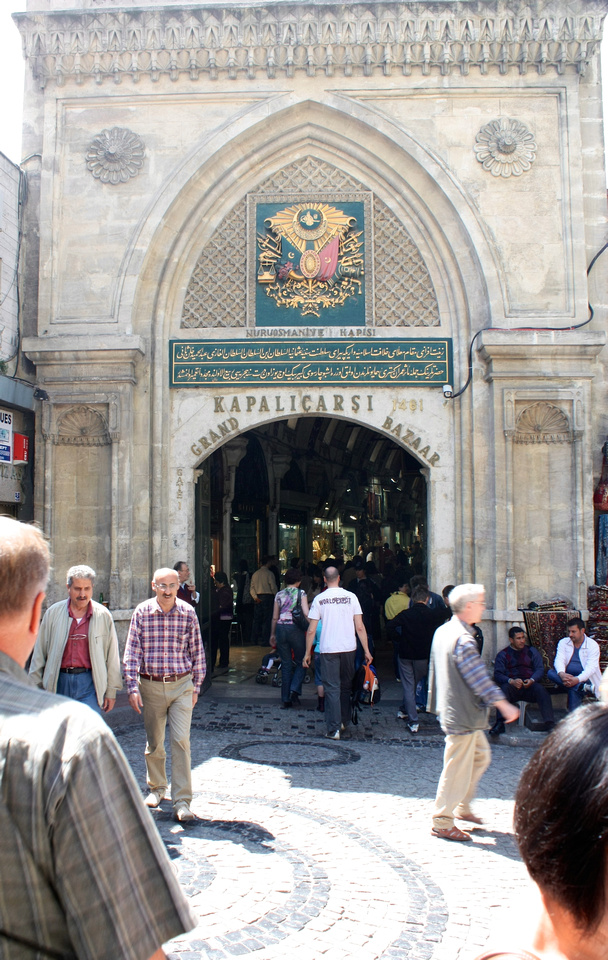 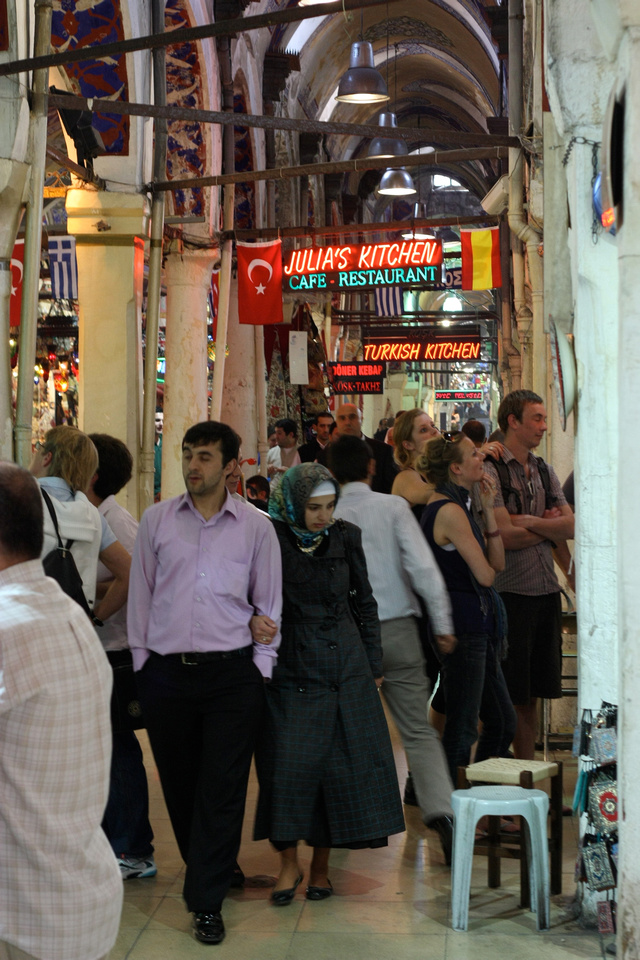 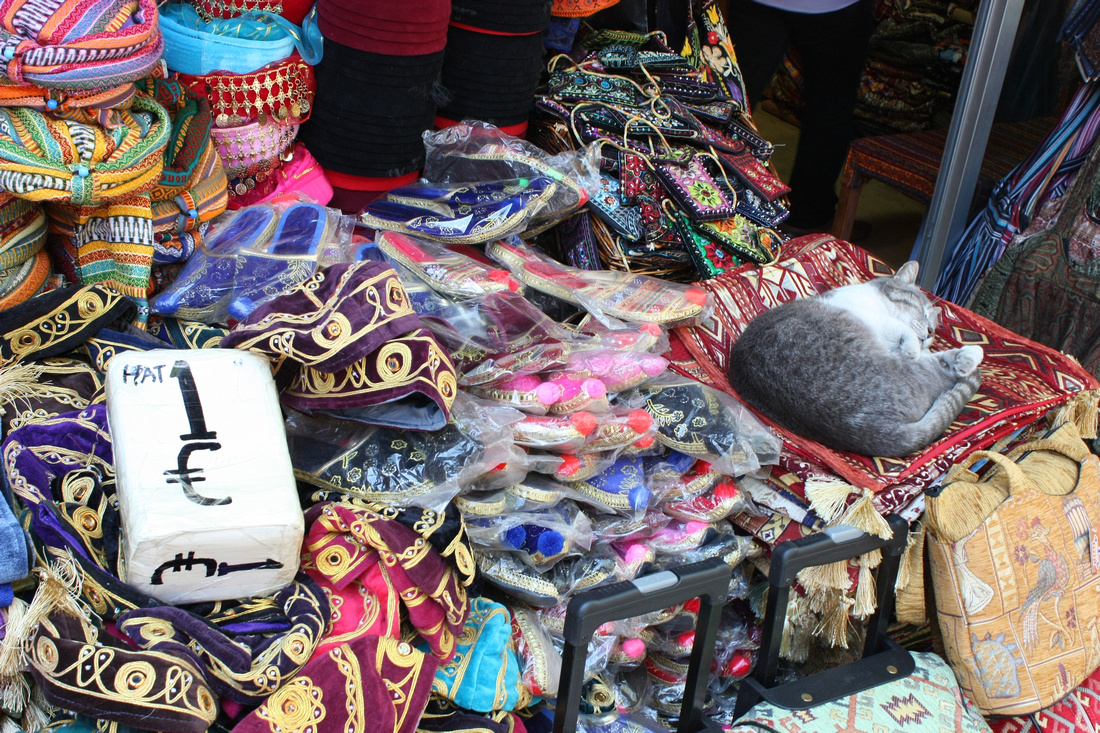 You can buy almost anything in the Bazaar.  (Probably even the cat in the above photo - I'm pretty sure it was alive.)  I've purchased lanterns, ceramic plates, puzzle boxes, and jewelry.  Here are some images of the wares for sale: 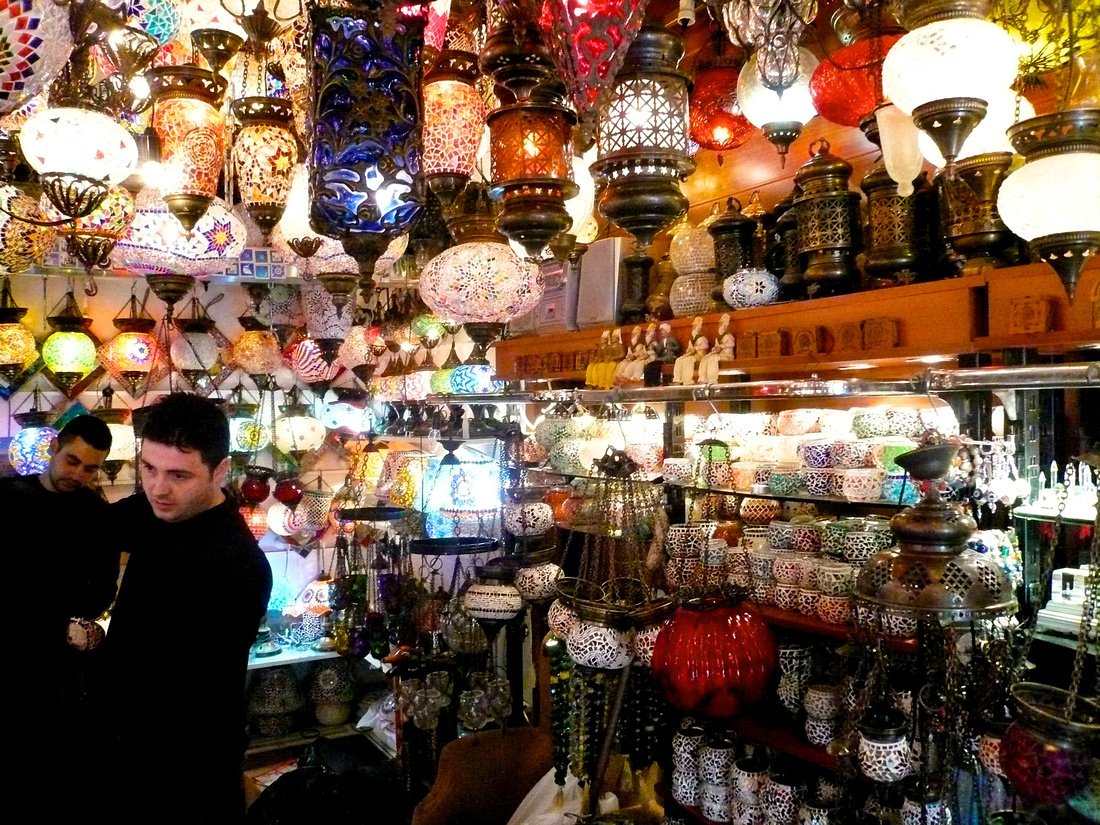 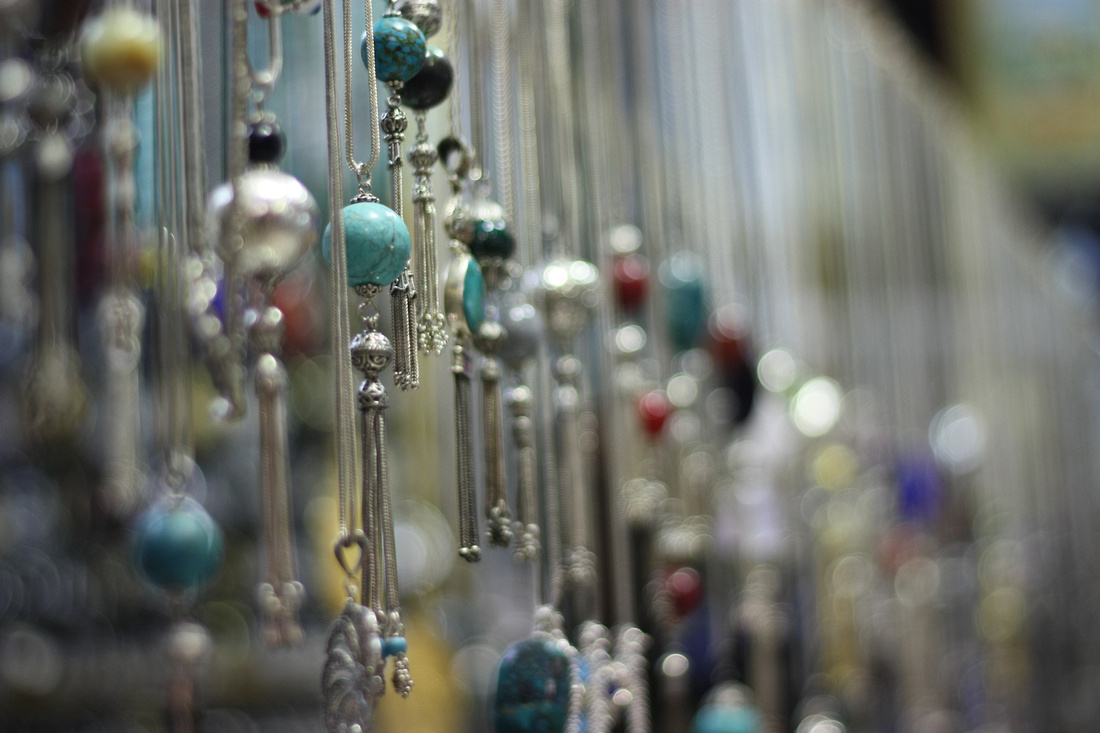 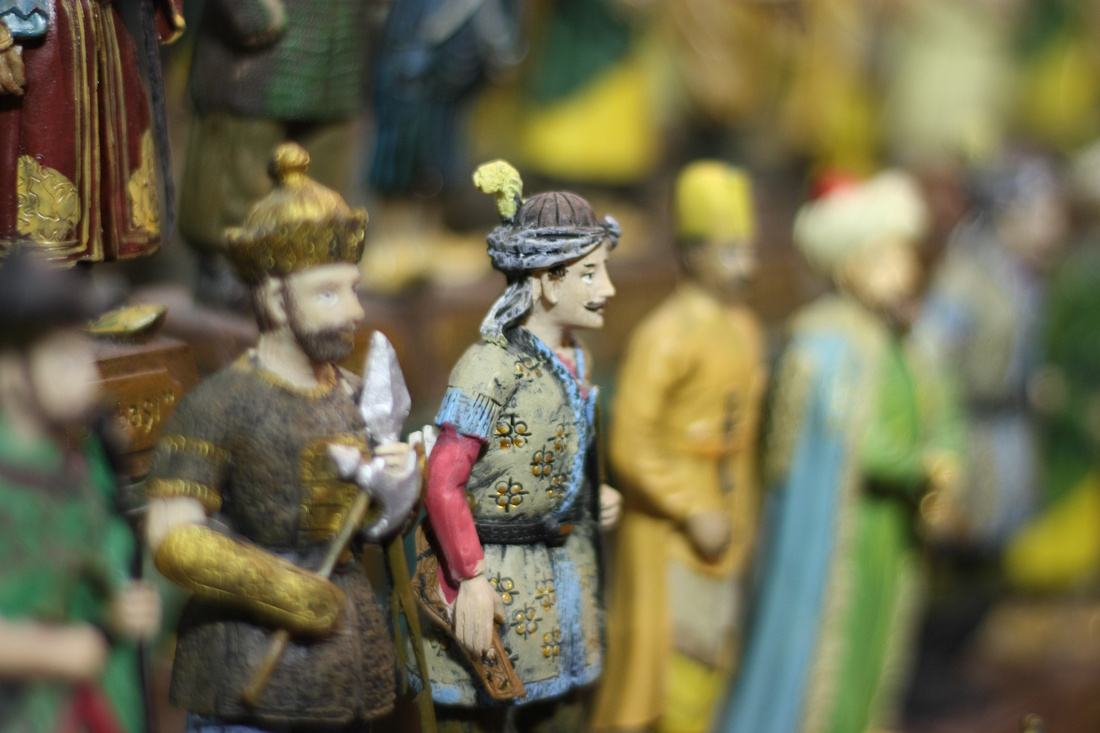 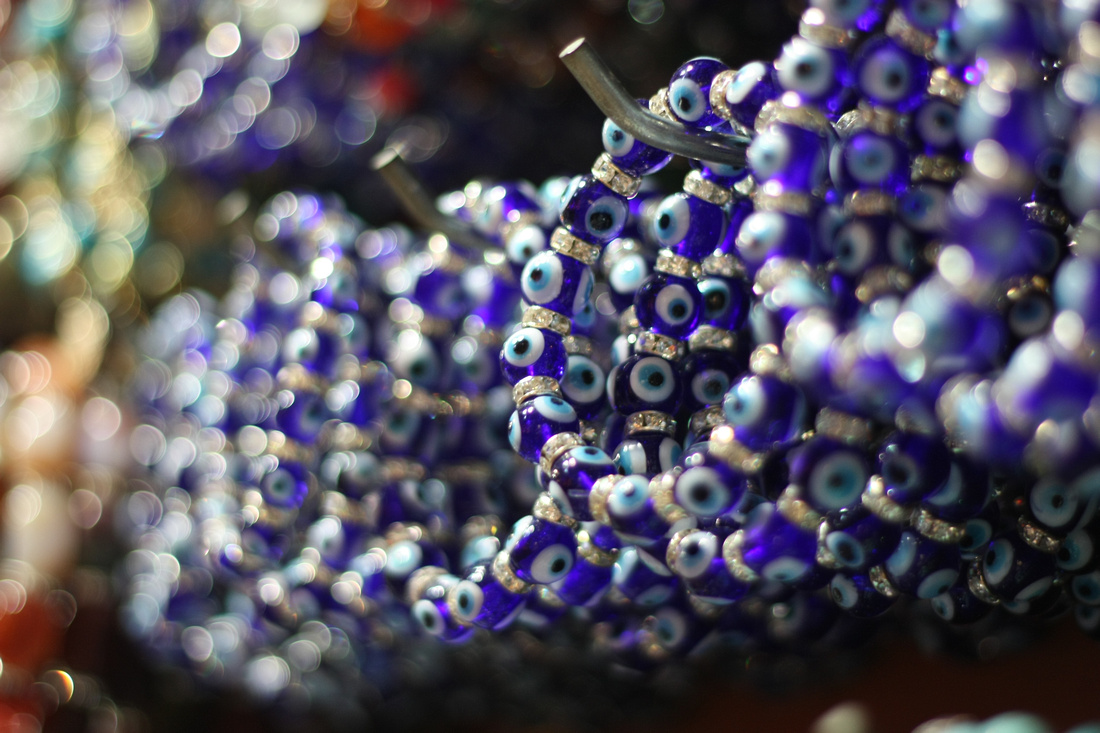 Throughout Turkey the symbols on the above bracelets are seen everywhere.  The symbol is supposed to protect the wearer from the dreaded "evil eye."  As I'm wary of the evil eye myself, I made sure to buy plenty of these symbol-adorned nicknacks for protection.

Well, that's about it for Istanbul.  I always love to visit Turkey.  I guess I have time for one more Istanbul image.  How about another cat: 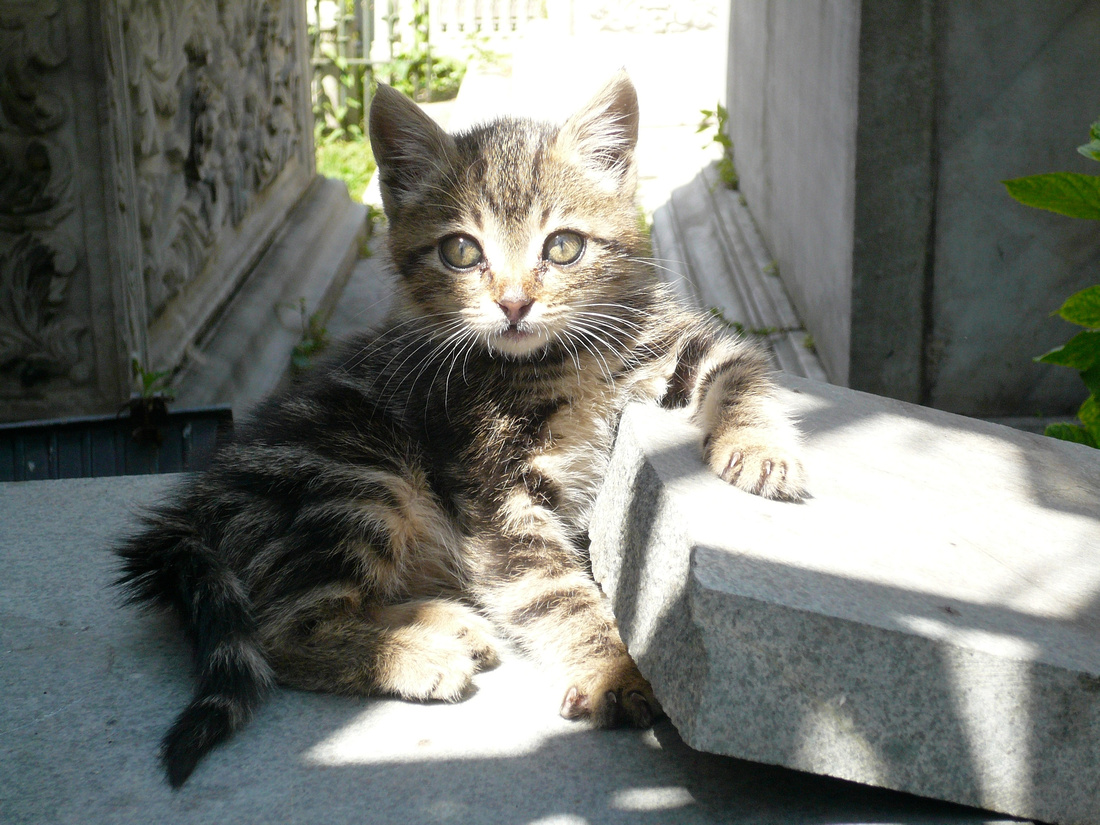