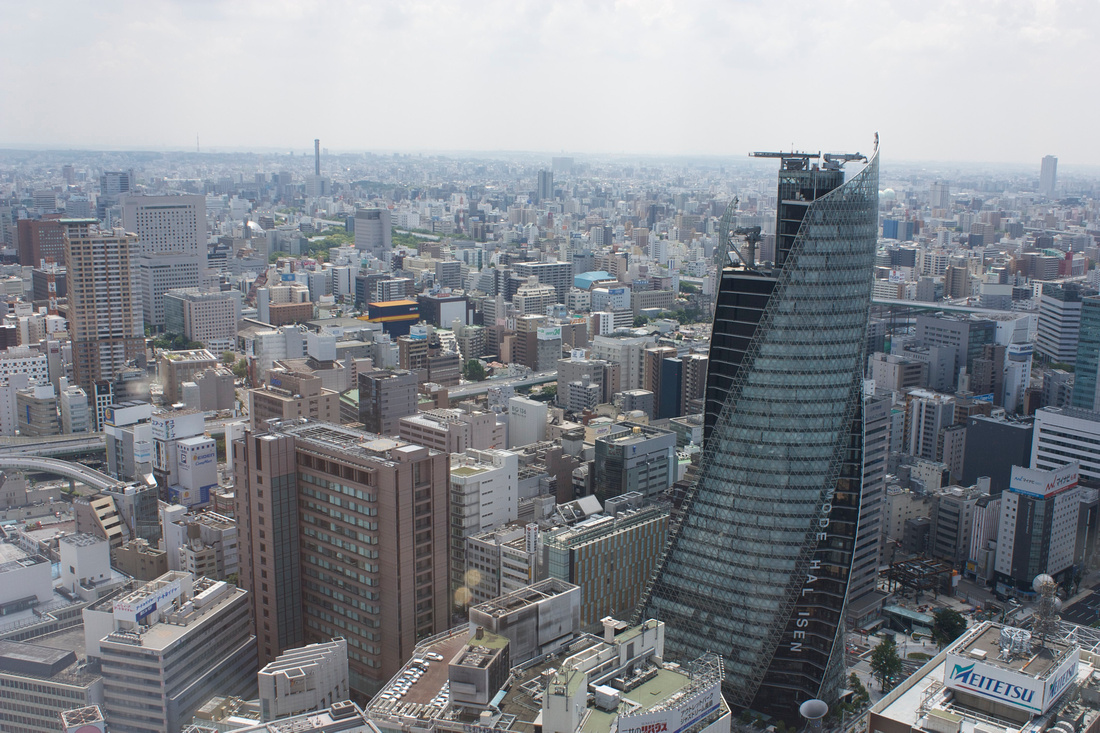 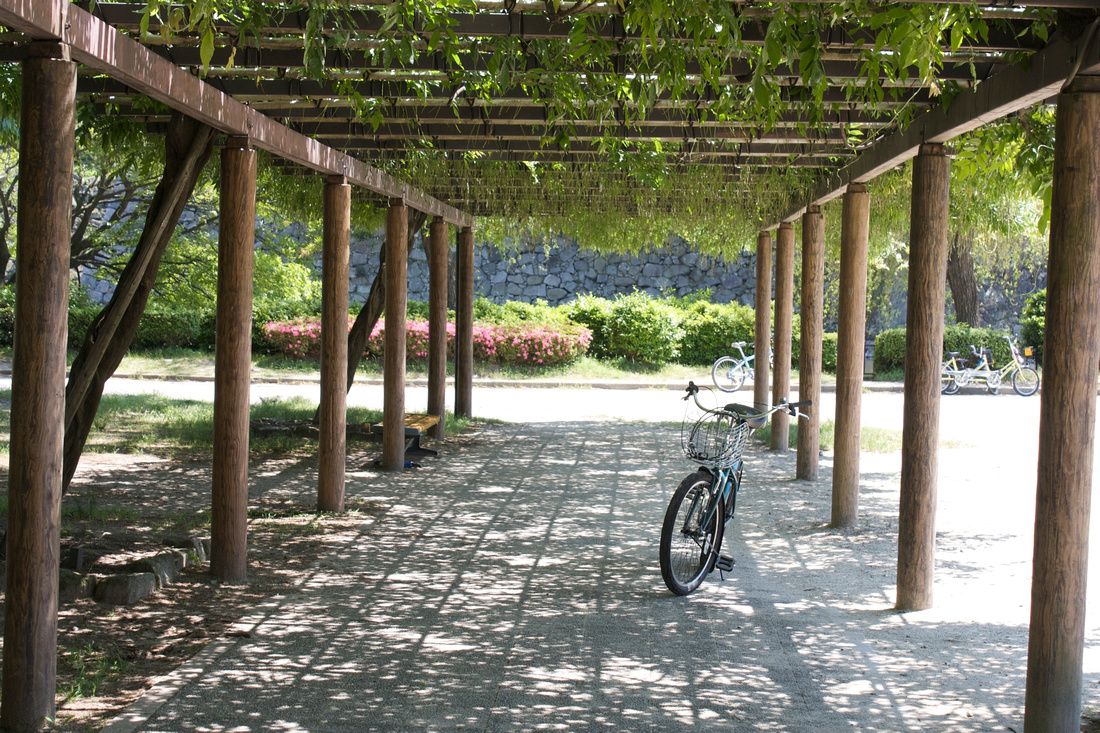 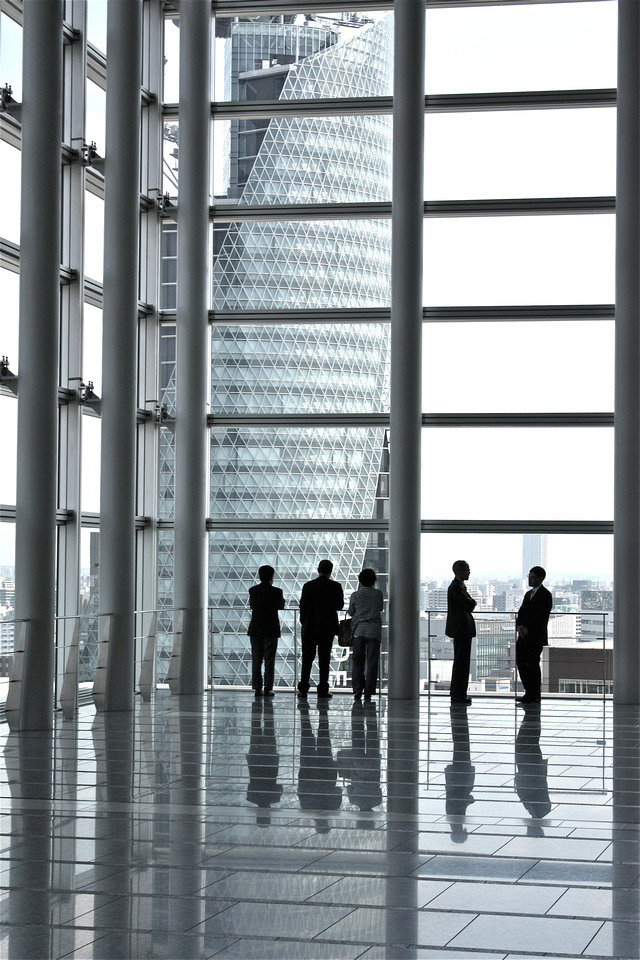 I spend a LOT of time in Nagoya; I'm usually there 12-15 times a year.  A major port, manufacturing city and urban center, Nagoya is the 3rd largest incorporated city in Japan. From skyscrapers to an ancient castle, (see my blog entry with pics of a giant raven attacking a deer here.) Nagoya has everything you would expect a city of its size to have.  I usually arrive in Nagoya via the Shinkansen bullet train from Tokyo (which travels at speeds around 180 miles per hour) and have flown into both of its two airports.  The main train station where the Shinkansen stops is called Nagoya Station and is a flurry of activity around the clock.  I usually stay at the Marriott Associa hotel which starts on the 15th floor of one of towers above Nagoya Station.  The third picture above was taken just outside the Marriott lobby on the 15th floor of the tower. 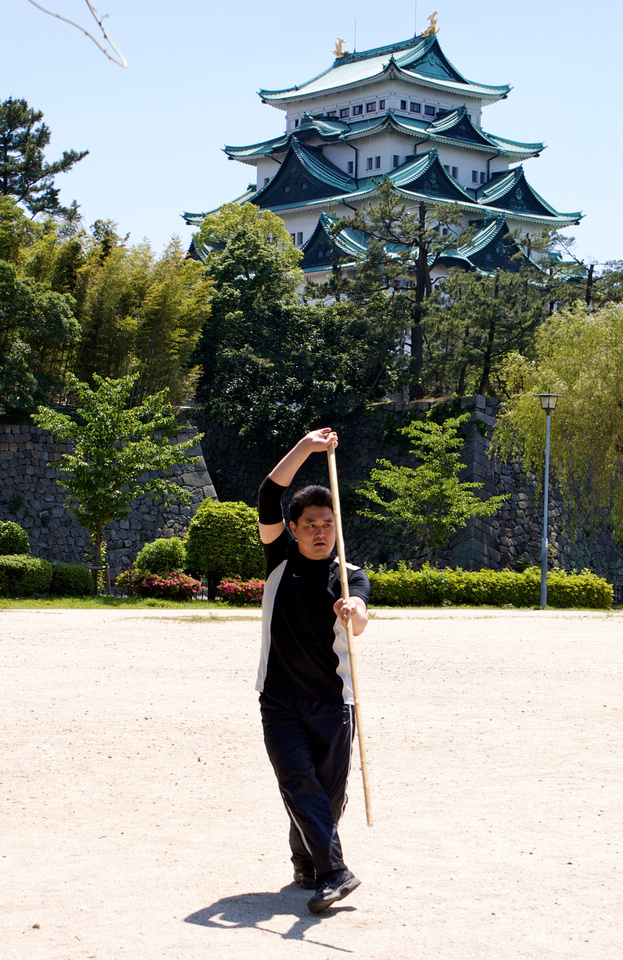 Nagoya Castle (covered in a previous blog post) is centrally located in the city, as are several parks, greenery, and even a canal system.  Here is a Ninja in Training (NIT) practicing the bowstaff in front of the castle.  (At least that is what I think was going on when I took the shot.) 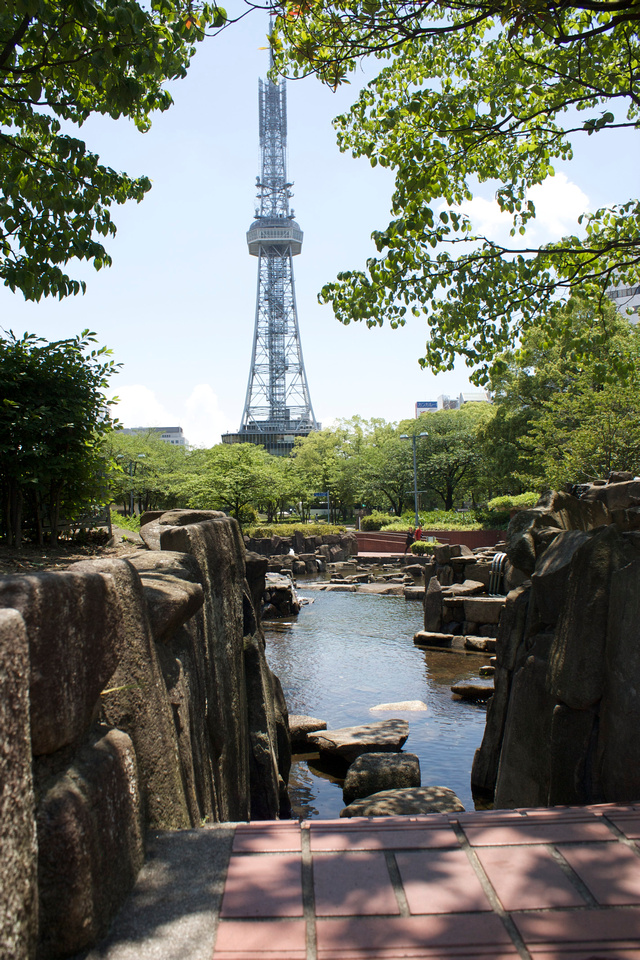 This green-walkway can be found in the Sakae section where many of my favorite bars and restaurants are located.  The TV tower in the above shot is a good central landmark that I often use for navigating the city.

Nagoya is a base for a lot of high tech and manufacturing.  They love their robots, and until recently there was actually a ramen shop that made the ramen using two robotic arms.  Look at some video I shot below at the airport with security patrolling on futuristic vehicles:

Keeping in step with Nagoya's penchant for advanced design, this elevated lake is located in the Sakae area.  After either taking an elevator, or climbing the stairs, visitors to this "park" can walk around an elevated water structure.  I can't even imagine how must the structure must weigh. 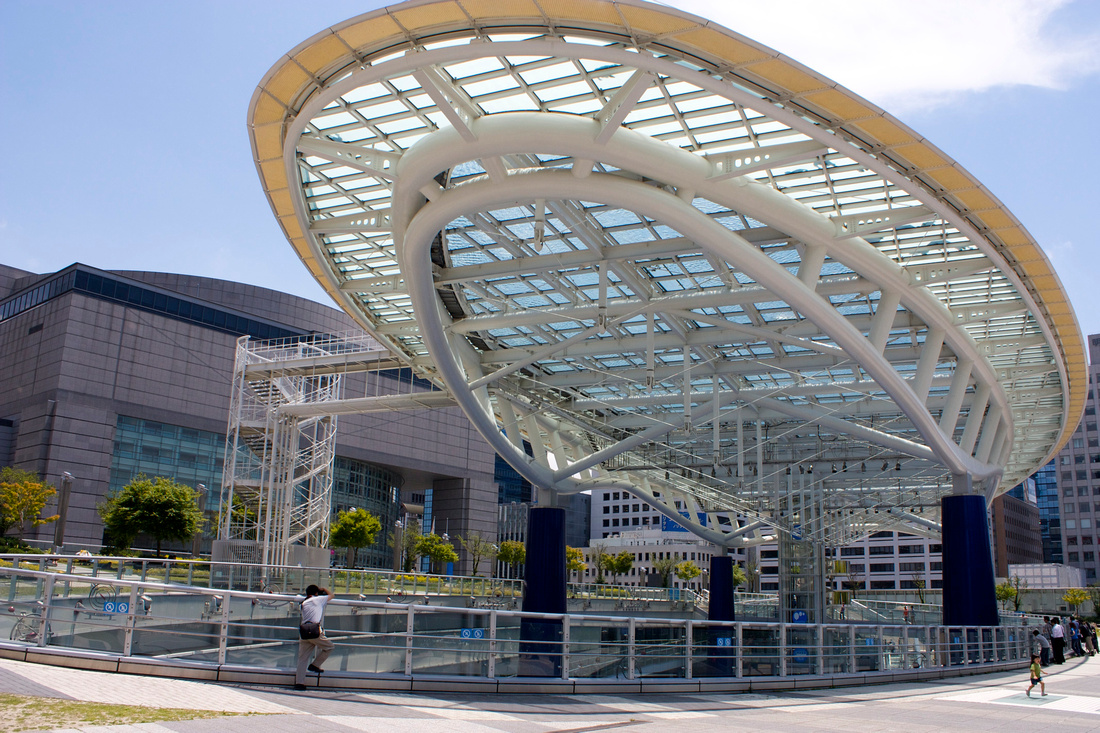 As an outsider, certain aspects of Nagoya and Japan in general can seem a bit bizarre. I get a kick out of these quirks, and I think they add color to the Japanese experience.  I usually take the subway to get around the city, and walking around the subterranean tunnels I once came across this sight: (It gave me nightmares for weeks - I KNOW that thing comes to life and leaves it's little box at night in search of Western blood...)

Like most places in the world, the young people are enthusiastic about music and dance.  One location sports break dancers almost every night after 6pm.  Live music is everywhere, and often I walk around in search of some. 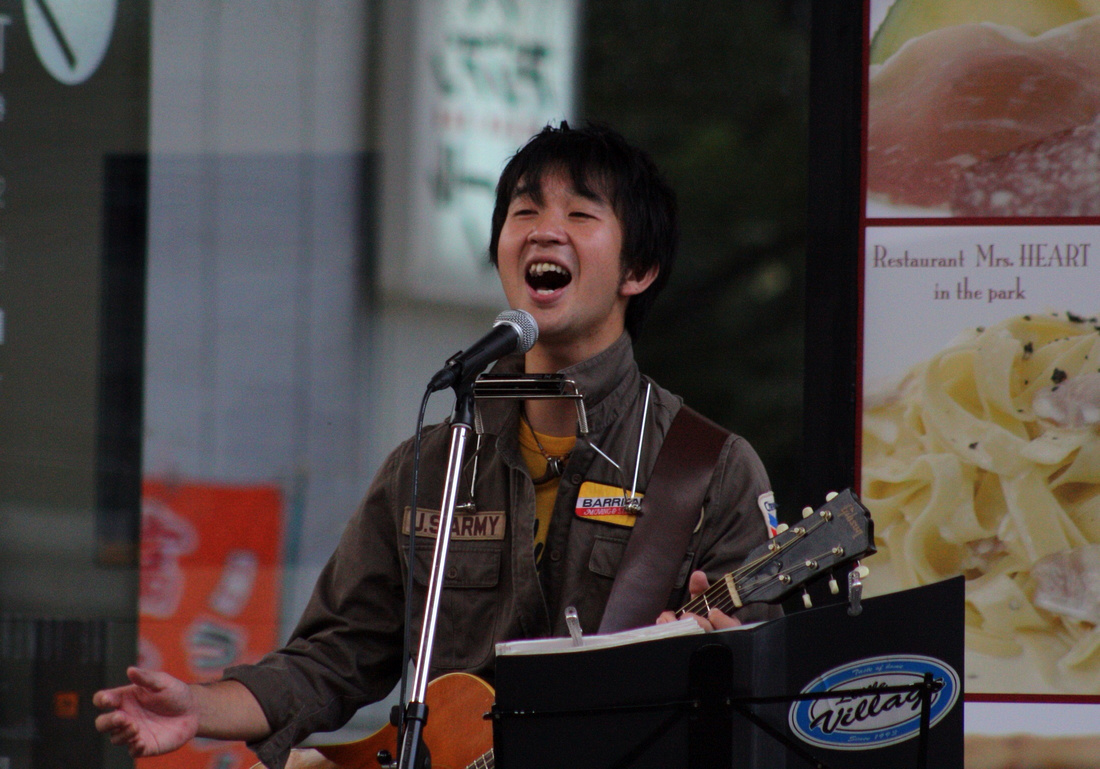 I'm always a bit sad to leave Nagoya (even if it means I'm going home.)  Before I board my flight home I try to make it a point to visit my favorite Japanese robot structure: