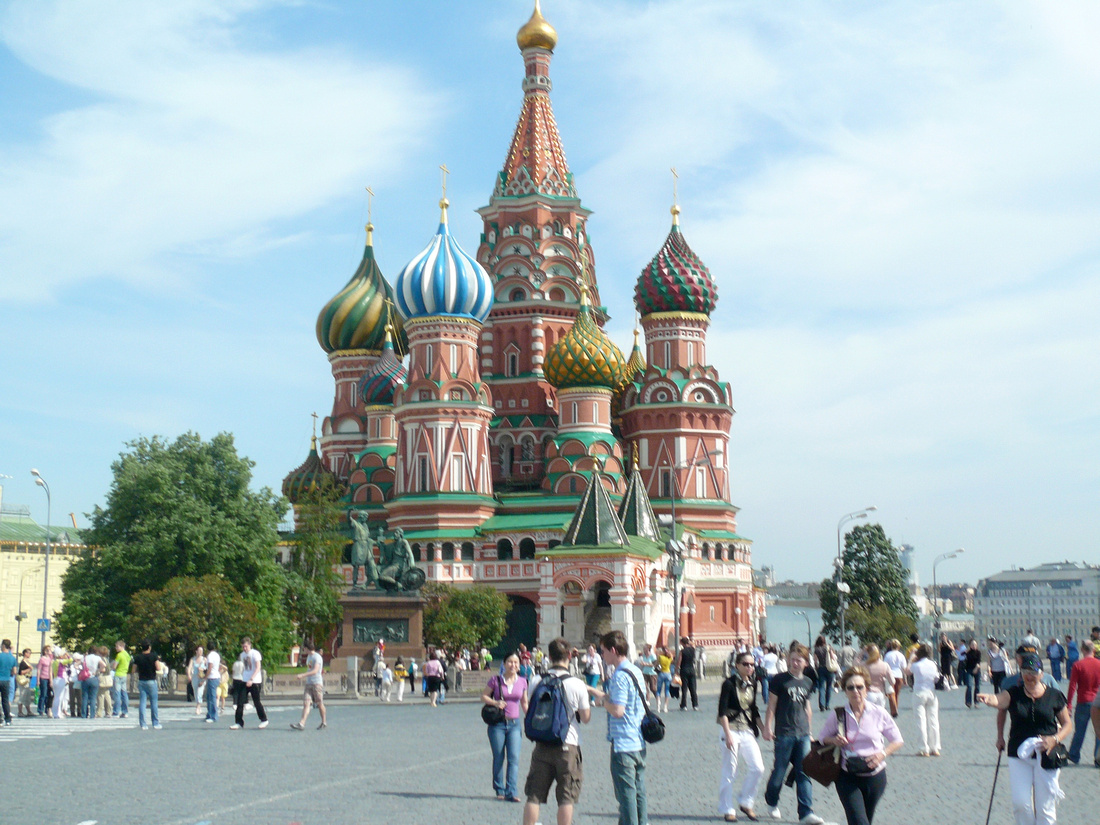 I grew up fearing the Russians during the Cold War, and I spent 10 years as a Naval Officer practicing how to hunt and attack primarily Russian targets.  Obviously much has changed since the wall came down, and when I was assigned a trip to Moscow a few years ago I was extremely excited. (I am a corporate pilot when I’m not taking pictures.)  I’d read about the Kremlin, Lenin’s Tomb and St. Basil’s Cathedral (I think named after the singer of the iconic 80’s song, Hey Mickey!) but never imagined I would see them. (Unless it was because I had become captured while on a double top secret Navy mission – some say I have an active imagination...)

This trip happened seven or so years ago, and well before I really got into photography – please excuse the sophomoric quality of the images I’m sharing. 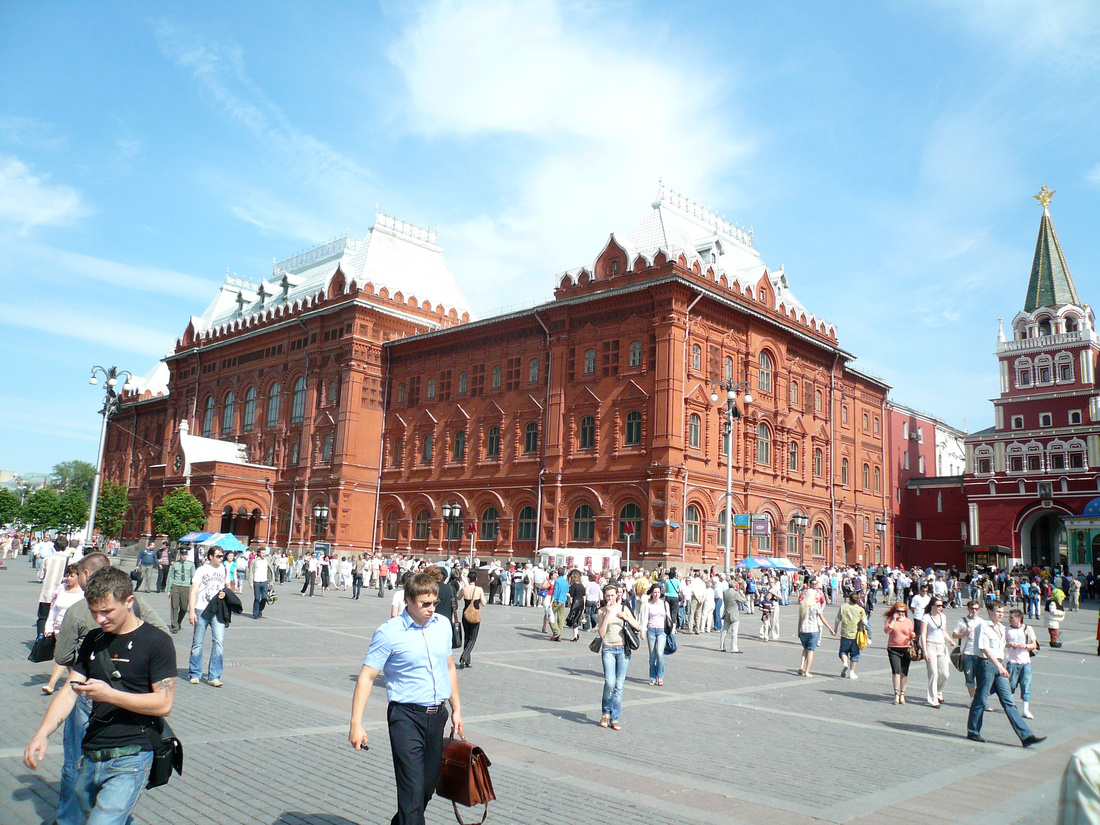 When I pictured “Red Square” in my mind I always pictured a dark, foreboding space full of fear, and smelling of misery.  It must always be winter there, and through some weird cloud refraction phenomena everything always appears in black and white.  I expected walking around Red Square to be like walking in a John Le Carre spy novel.  What I actually experienced was JUST a bit different.  We arrived on a bright sunny day and Red Square was reminiscent of any large European public space.

I witnessed tourists laughing, kids playing in a gorgeous fountain, and families enjoying an absolutely exquisite day.  My preconceived Tom Clancy-fueled notions of Moscow had just been crushed. 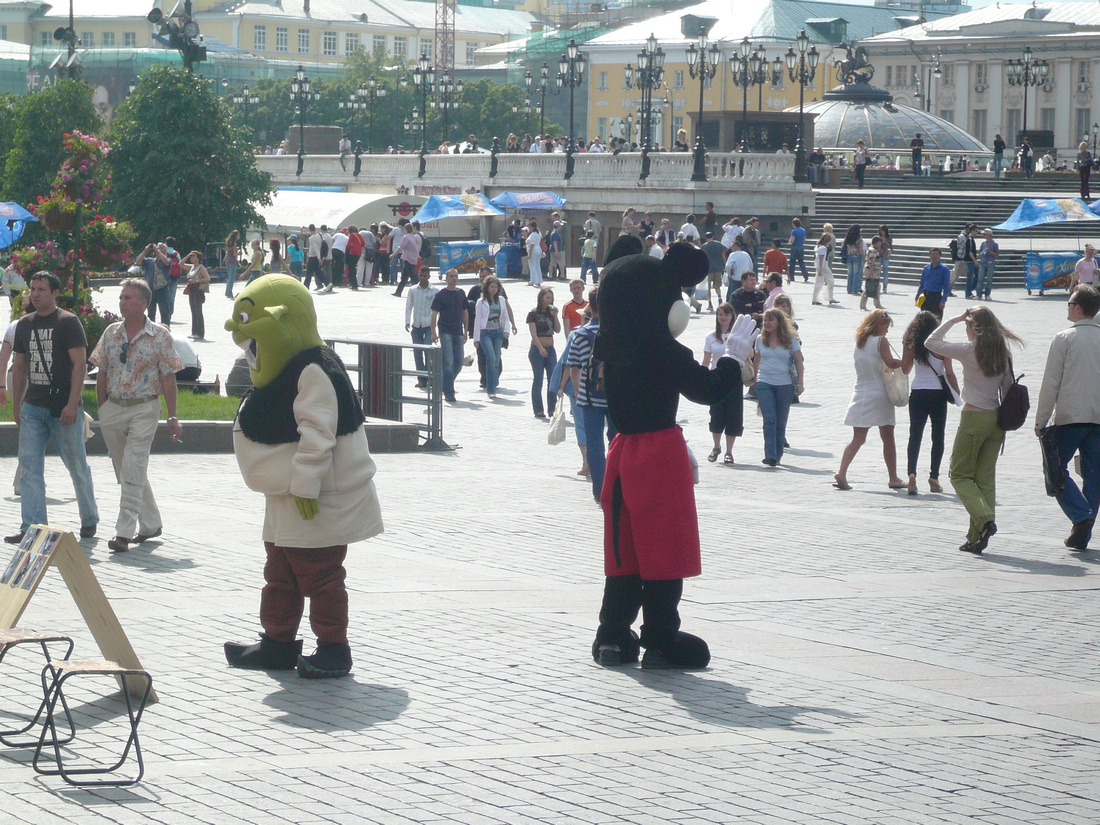 Then again, that’s what the KGB would want me to think.  I’d almost fallen into their clever little trap.  Everything isn’t what it seems…  What appears to be a somewhat scary Shrek knockoff is actually Igor Gorbachevnoff, head of the wet-work branch of the modern KGB in deep disguise.  He and his small-headed Mickey Moscovia sidekick are conducting deep surveillance on the exterior of the highly-sensitive Kremlin.  Just earlier they were able to take Papa-Smurfescofichef into custody and he is locked up next door in the dungeon-basement singing like a canary. 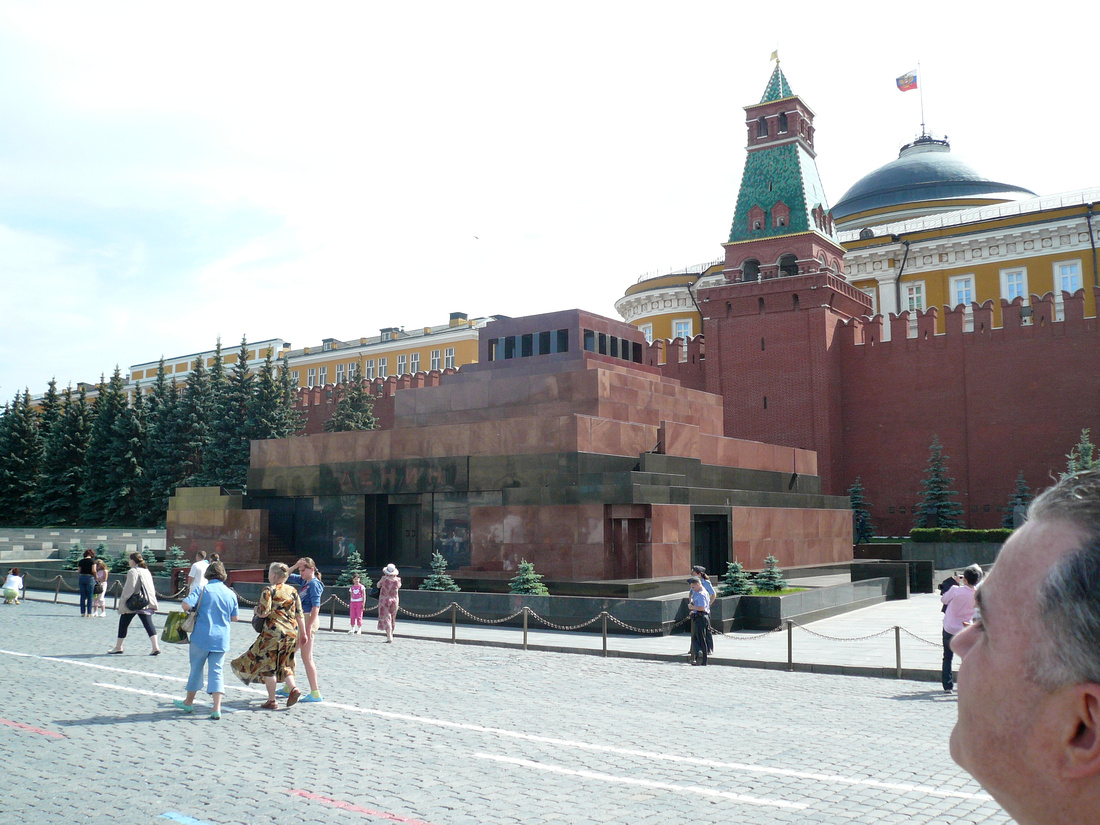 Here, Lenin's Tomb, isn't what it appears either.  It actually hides a secret entrance to the double-sub basement which houses the dreaded interrogation center – which is like the roach hotel: once you check in you never check out. 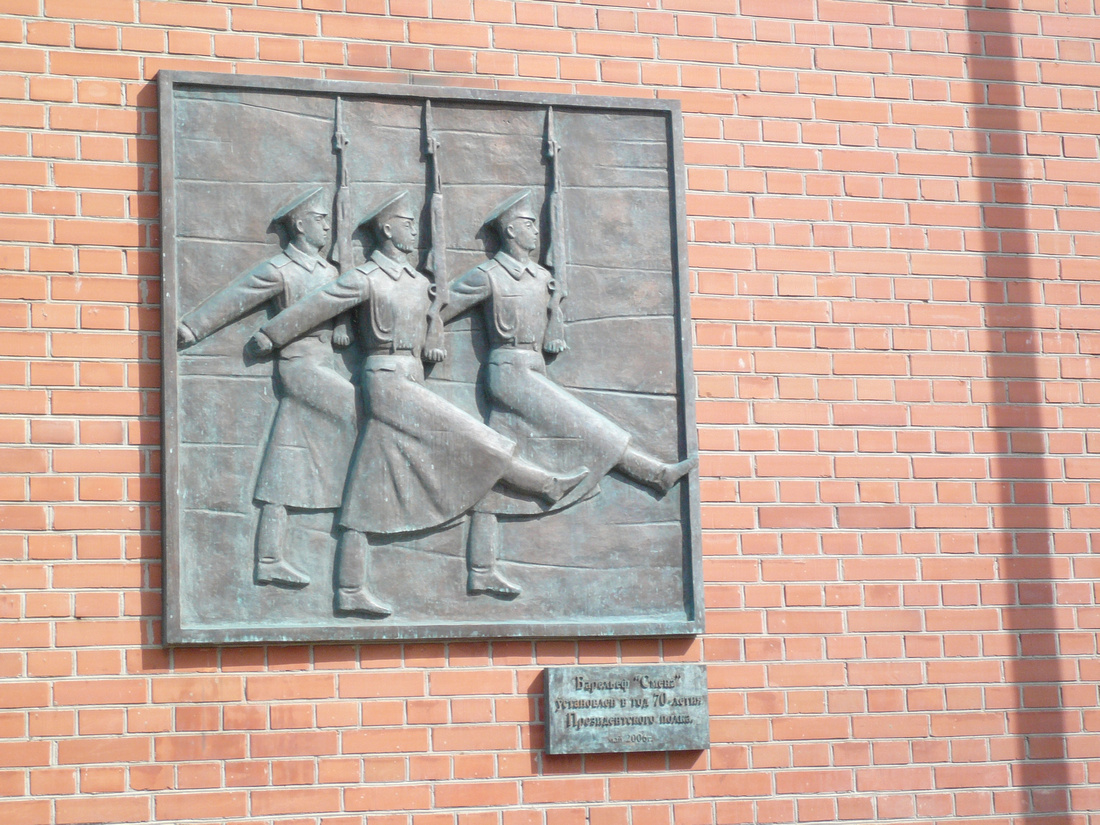 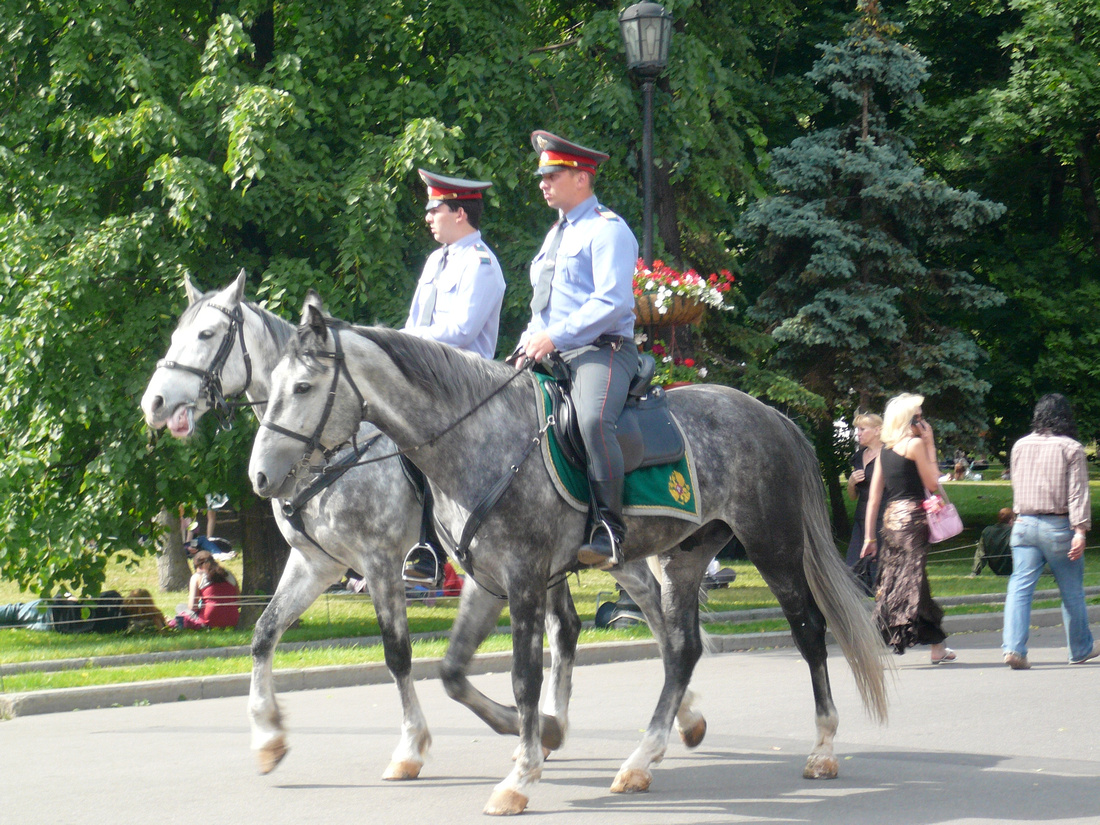 Okay, maybe I wasn’t going to see old Cold War Russia.  While some sights like the relief above and the security guys on horseback may somewhat resemble Soviet Russia, I generally felt like I was in any other European capital.  There were a few differences however.  Almost all the signs were in Cyrillic, English wasn’t prevalent at all.  Elsewhere in Europe most signs are at least repeated in English; this is not the case in Moscow.  Hardly anybody spoke English, so getting around was a little bit of a challenge. 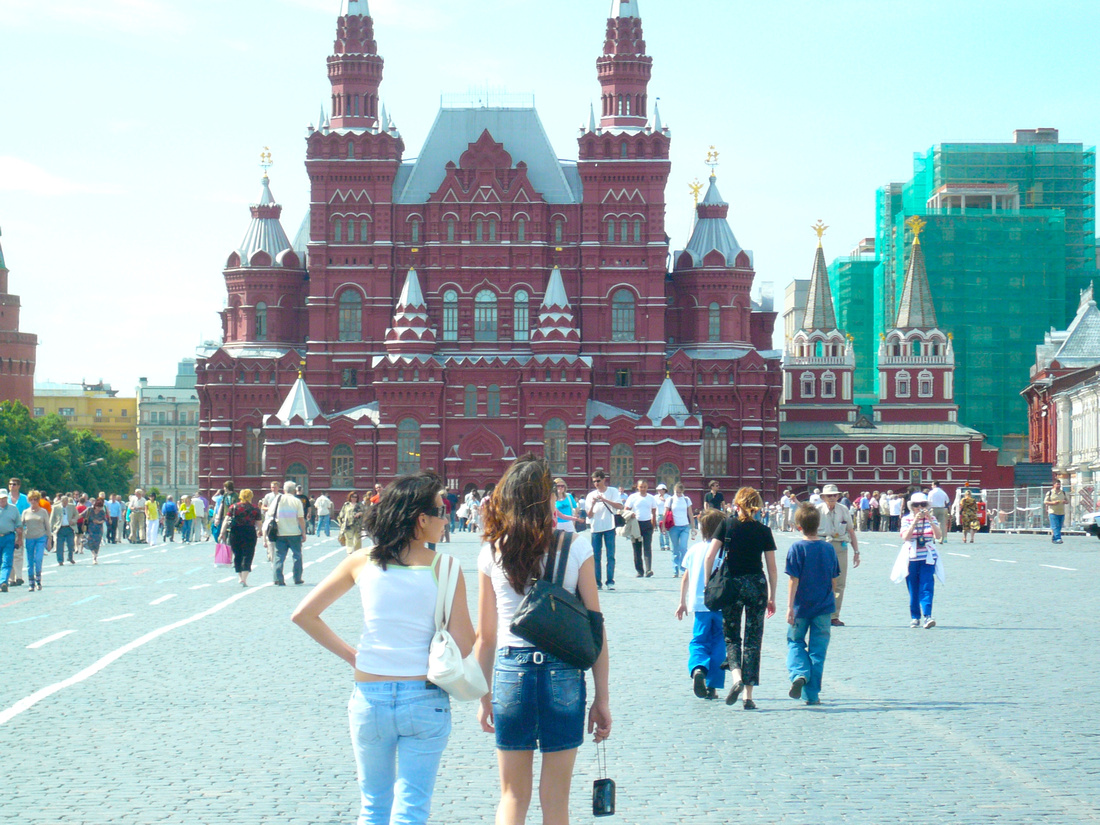 Under risk of severe penalty – worse than I could expect even after capture in Cold War Soviet Russia – I am going to make one final observation about Moscow.  In my travels I have visited over 50 countries and have been to almost every corner of the globe.  I have never seen more beautiful women in one place than I saw in Moscow.  Hands down.  Tall model-esque women were everywhere; trying not to stare became an almost constant challenge.  So, whenever I am asked where in the world the most beautiful women reside I always say California.  (And by California I mean Moscow, Russia.)  Dasvidaniya!