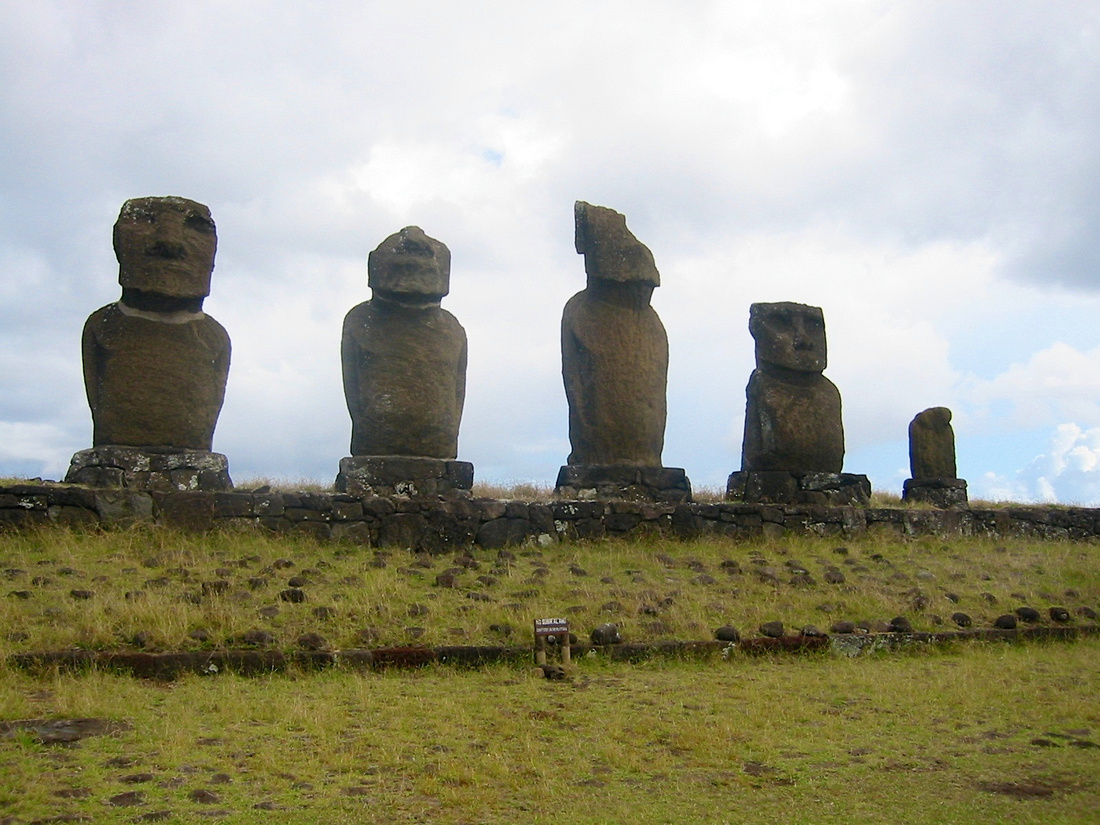 About 8 years ago I was lucky enough to visit the famed Easter Island.  I’d heard about this place as a kid from watching Leonard Nimoy’s In Search Of.  Of course Mr. Nimoy made it sound like Easter Island was a landing base for extra terrestrials (That island is actually in the middle of the Indian Ocean, but I can’t really go into that without having men in dark suits and sunglasses showing up on my front porch..) but unfortunately what we saw was pretty benign. 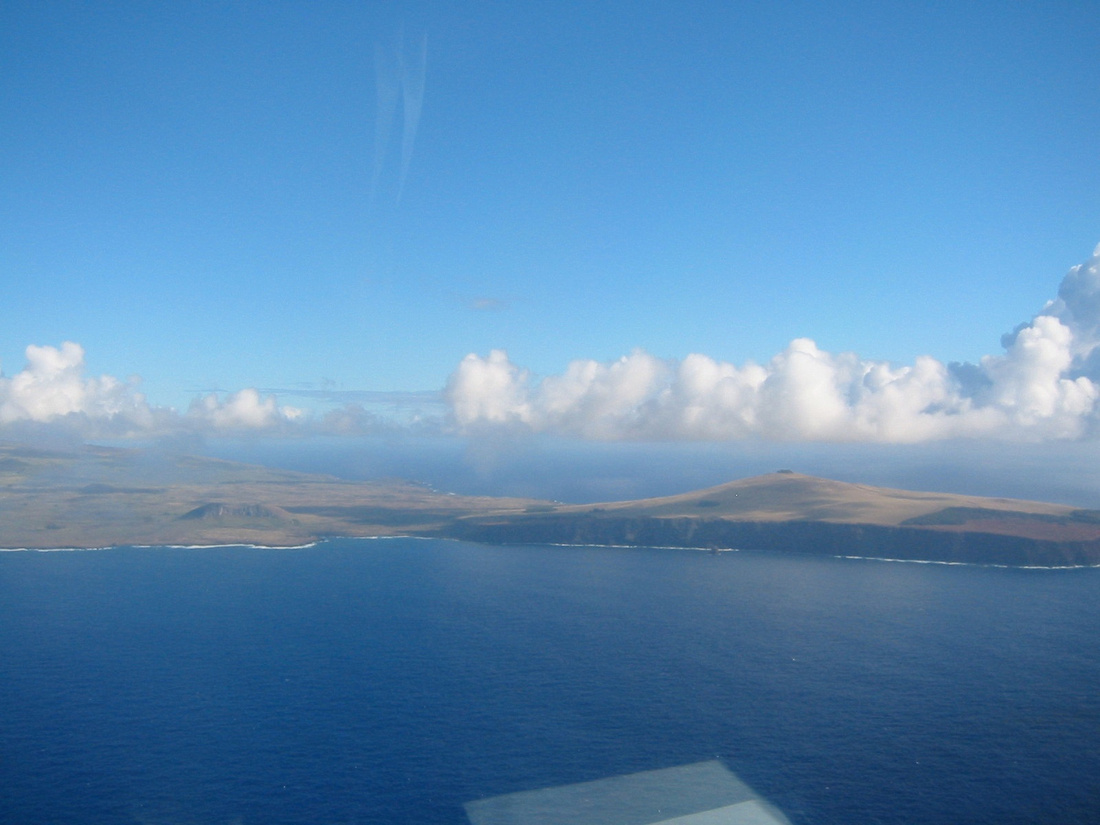 As I’ve stated in earlier blogs, my other job is that of a corporate pilot.  At the time of the Easter Island visit, I was flying charter for a different company than I work for now.  We were flying a group of people all over South America, and part of the week-long trip called for a side flight to Easter Island.  Now Easter Island isn’t like Catalina Island, just off the coast of California; it is one of the most isolated places on Earth.  The nearest inhabited island is over a thousand miles away and the nearest continent is over 2 thousand miles away.  Flying about the distance from Los Angeles to New York to an island with only 1 runway involves some unique challenges. 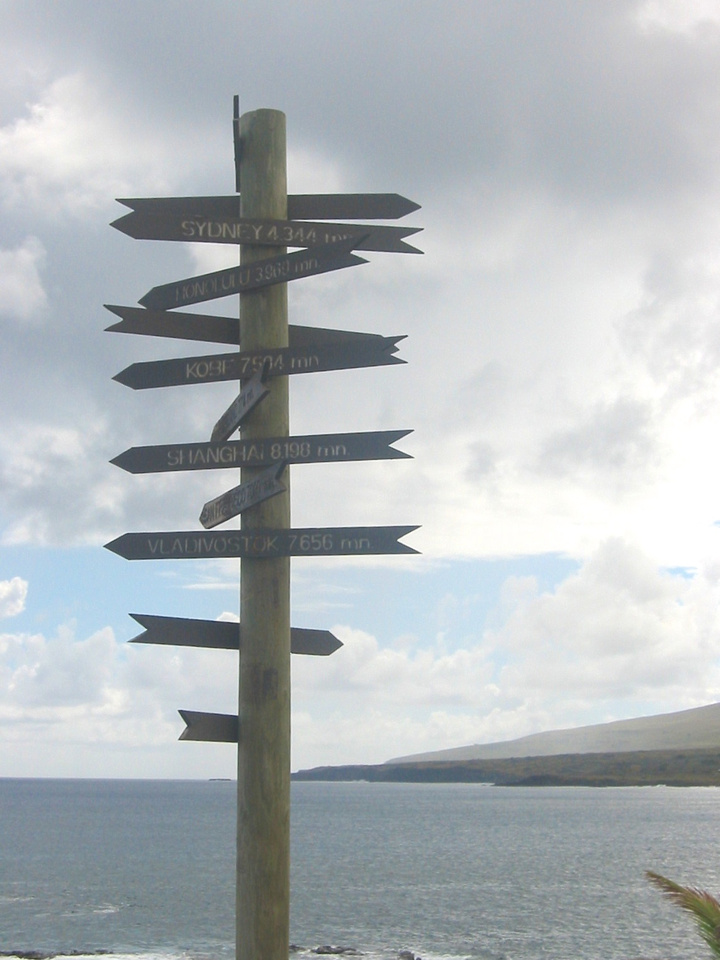 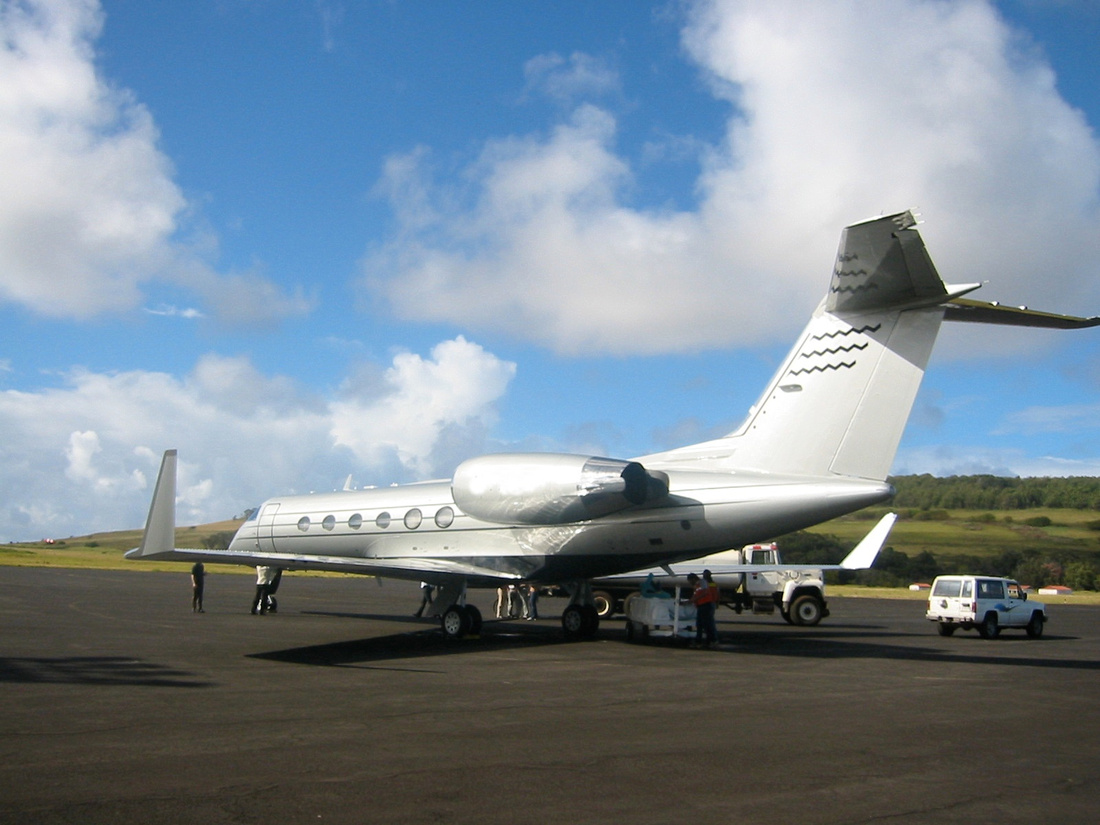 As this is a travel/photography blog I’ll only include one more aviation related item about Easter Island.  The runway is freaking huge.  About 10,000 feet long and some 300 feet wide, the runway was actually an alternate landing strip for the Space Shuttle.  (Although if it ever did land there they might as well display it on a stick because I don’t see how they could get it off the Island.)

I’m no stranger to Pacific Islands, I’ve lived in Hawaii before and our first view of Easter Island was rather disappointing.  I guess I was expecting a Lost-esque tropical paradise, but what we saw instead was a relatively barren land mass.  Mostly void of trees and tropical vegetation, deforestation and soil erosion were a result of overpopulation back when the island was in its prime. 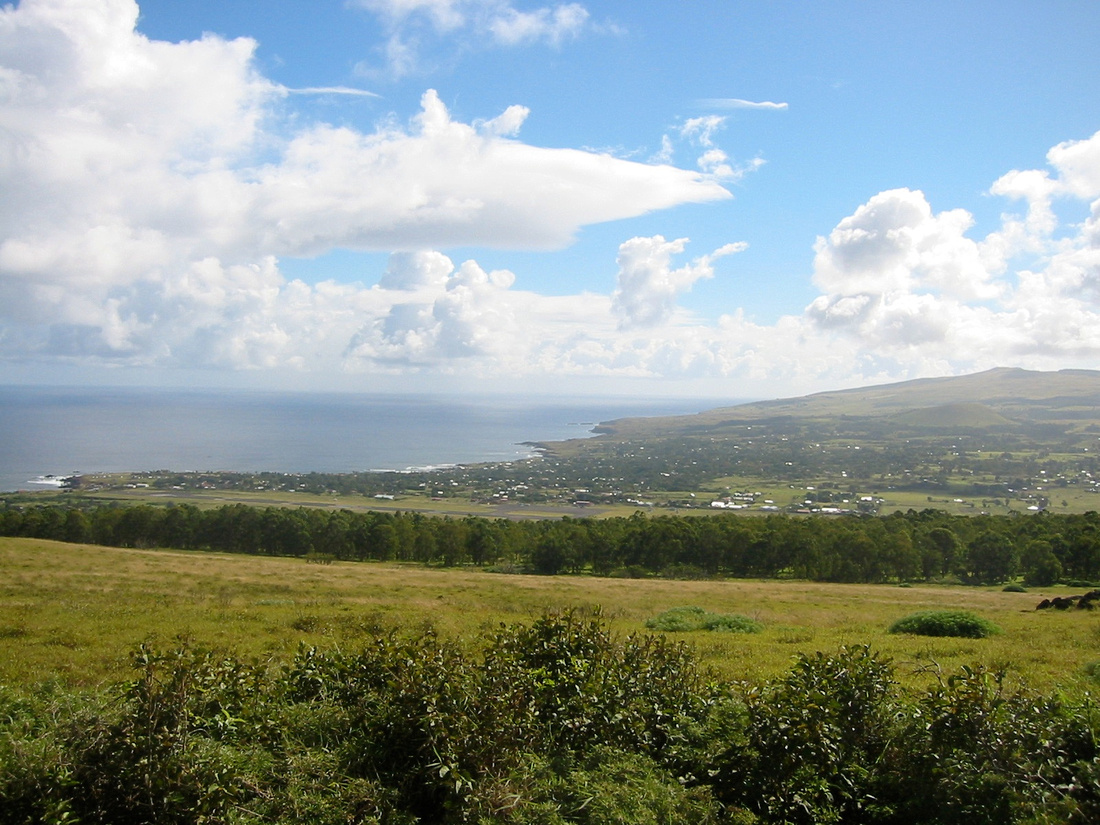 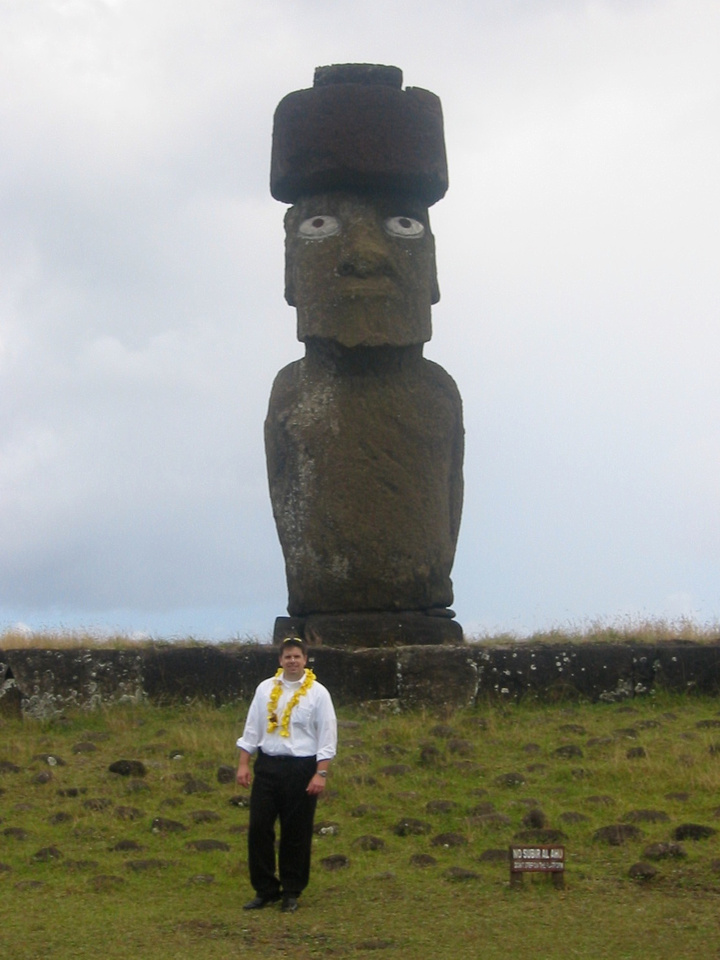 Almost 900 of the iconic Moai statues litter the island, and are found all over the place.  They even have a carved head at the airport.  Here I am in front of a large Moai.  This one even has a cool hat. The above pic is one of the airport buildings.

We were treated to a guided tour of the island when we arrived.  (We were only on the island for 5 hours or so, afterwards we flew back to Chile.)  There is a National Park of sorts which is a World Heritage site. 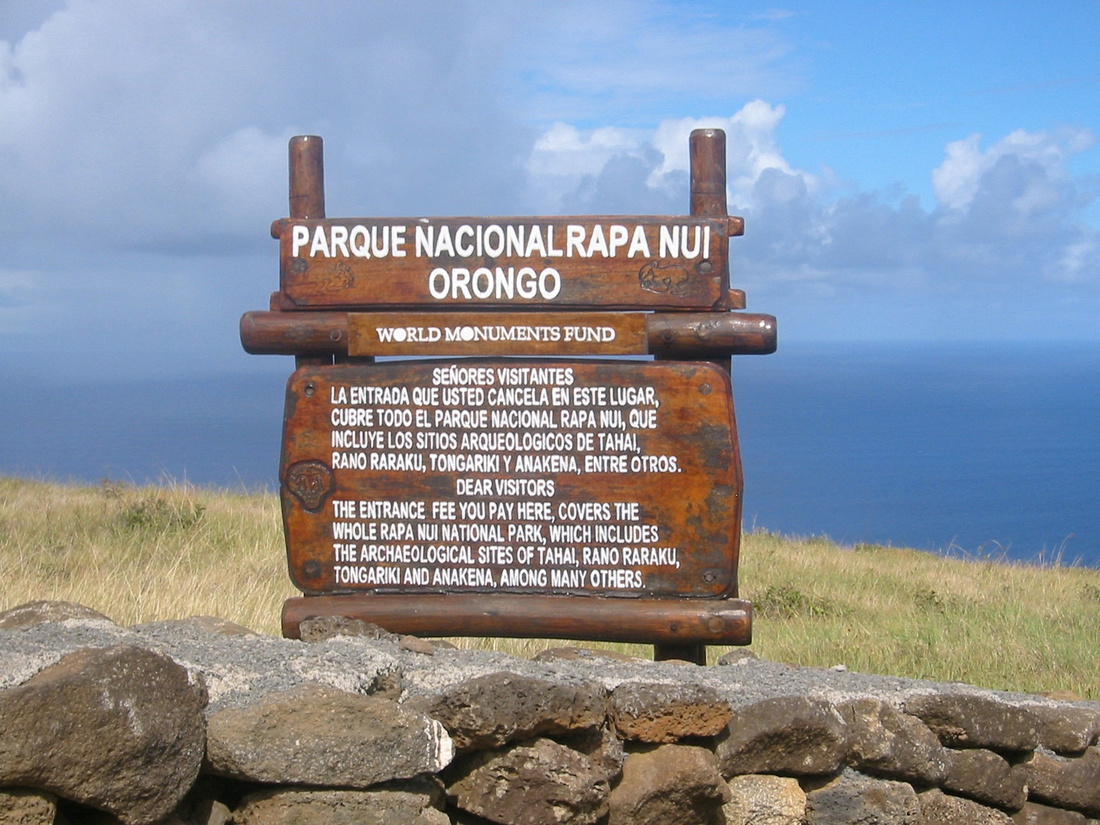 One thing I didn't expect to see in Easter Island was cell service.  They have it. I had turned my personal cell phone on and somebody called me.  The roaming charge was a bit expensive if I remember correctly. 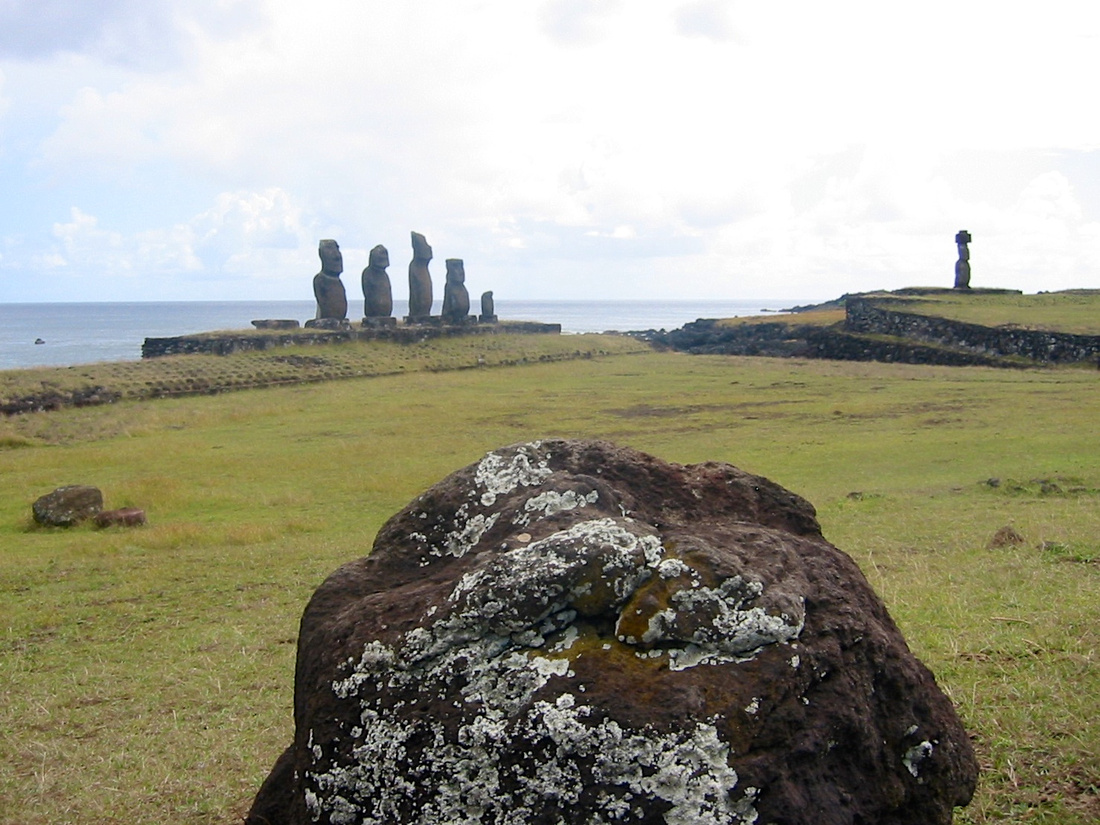 Besides our local guide, we didn’t really interact much with the locals.  We did buy some lunch (some kind of sandwich) and a few keepsakes from the trip.  (Yeah I have a mini Easter Island statue on my bookcase.)  At one point of the tour we saw somebody’s pet pig tied up near some statues.  Here is our flight attendant talking to the pig.  (I think she said it was a better conversationalist than us pilots....) 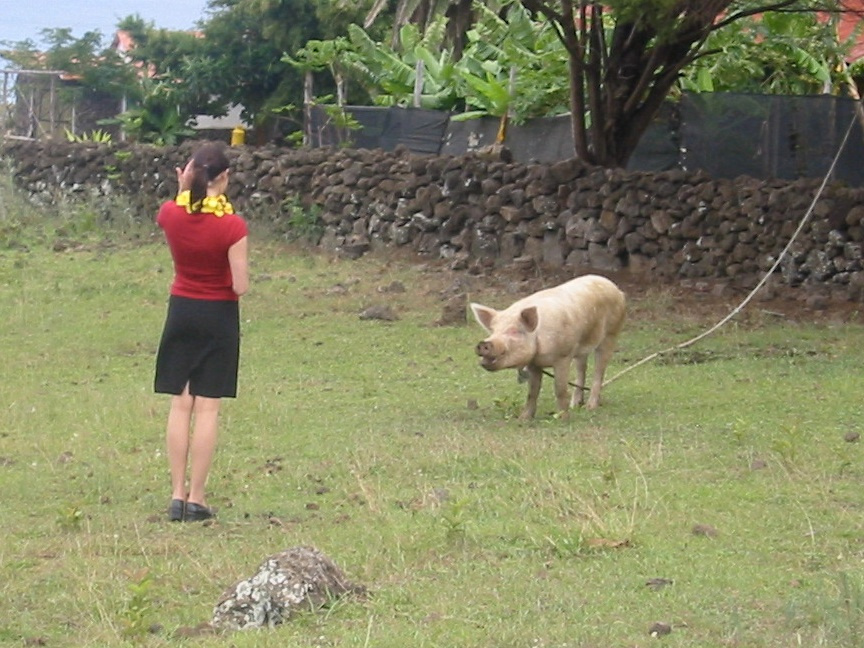 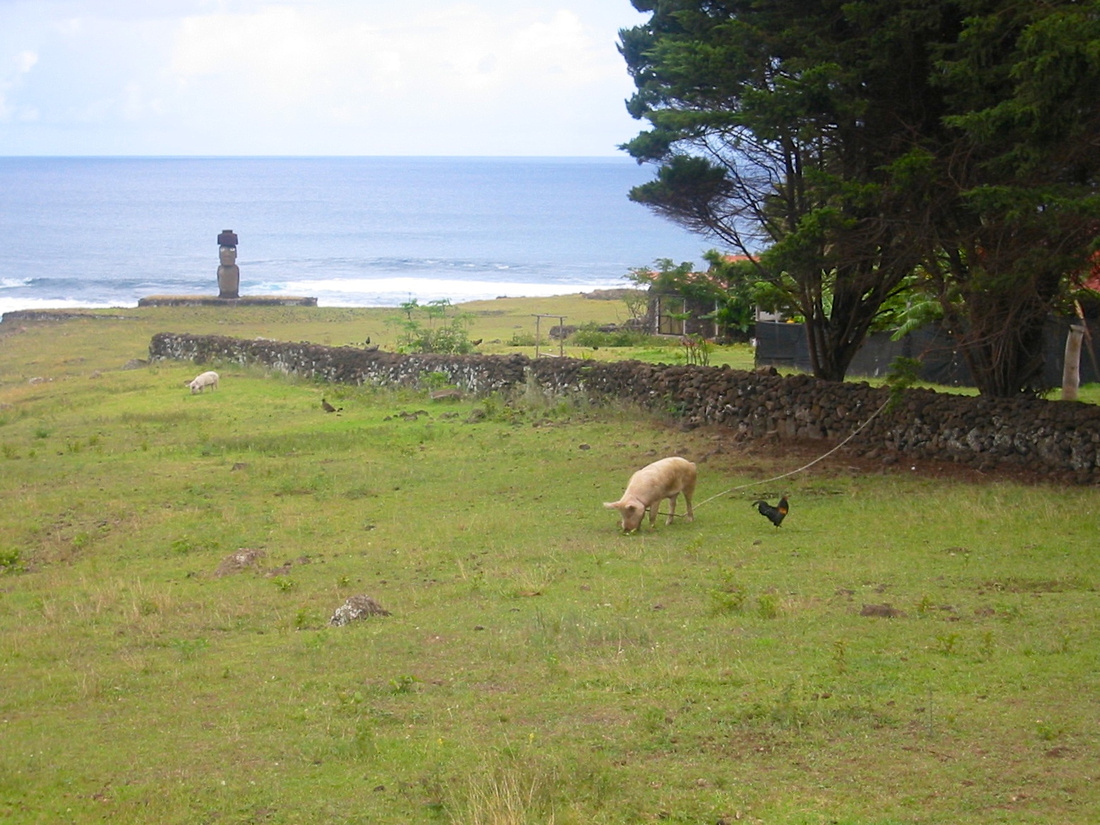 The Moai aren’t the only carvings on the island. I saw a few like this.  I’m guessing it’s some kind of “fertility” theme, but what do I know? 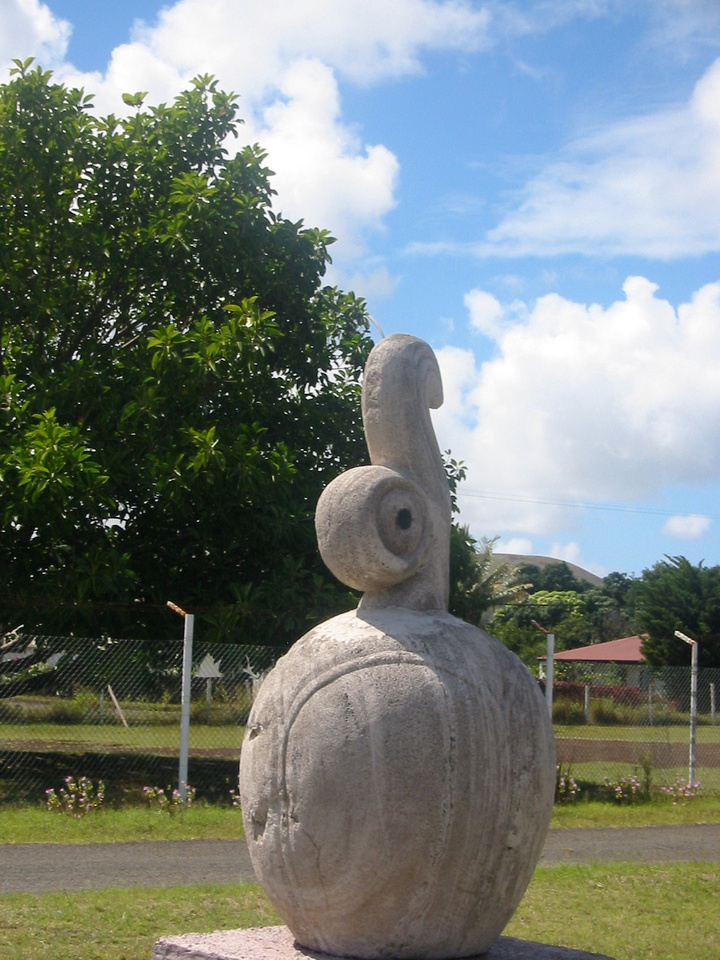 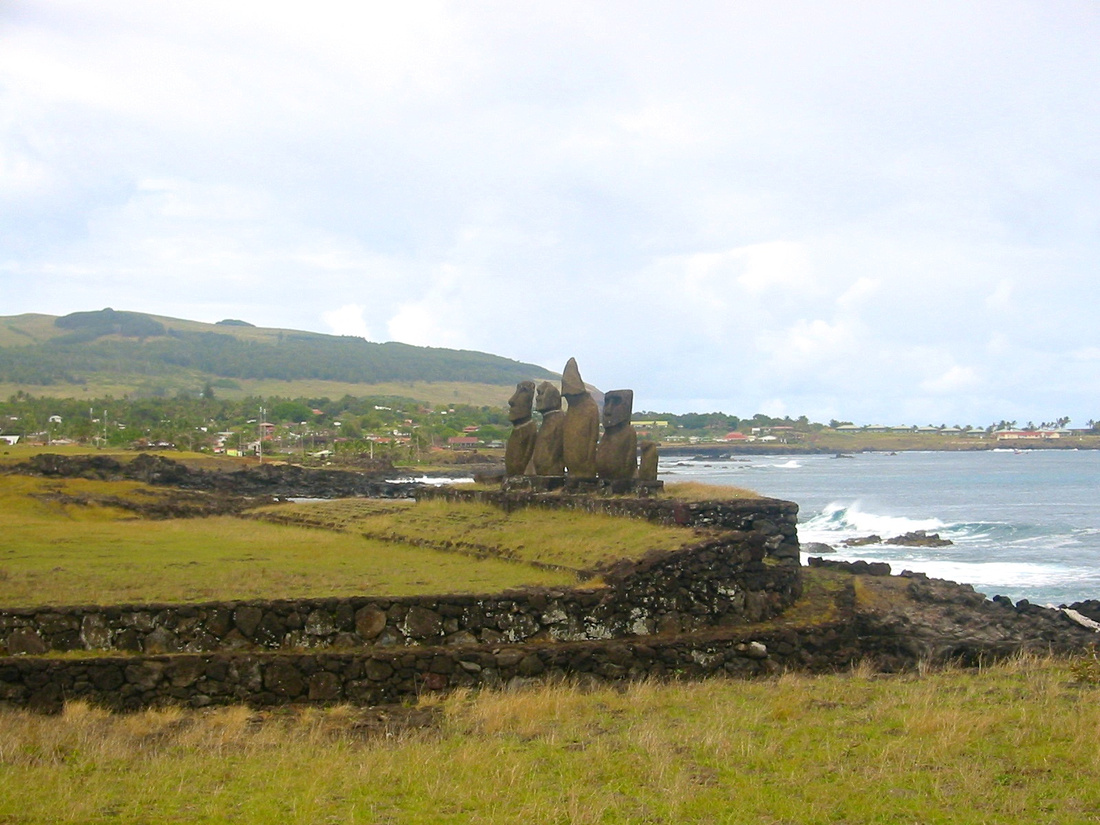 I’m thankful that I had a chance to visit Rapa Nui.  While it was interesting to see the statues in person, I’ll admit I felt a little let down.  I think I had build up Easter Island in my mind to be some mysterious, tropical, alien-inhabited place; what I saw was a smallish, over-farmed deforested dying island.  Because of its isolation, bringing any goods to the island tends to be expensive.  The small population subsists through catering to the few tourists who make the journey, and perhaps some fishing.  Most of the mysteries about the statues have been solved, and the history of the island is well-documented.  I’ll always remember my quick trip to the island, but I don’t see myself making a return trip.