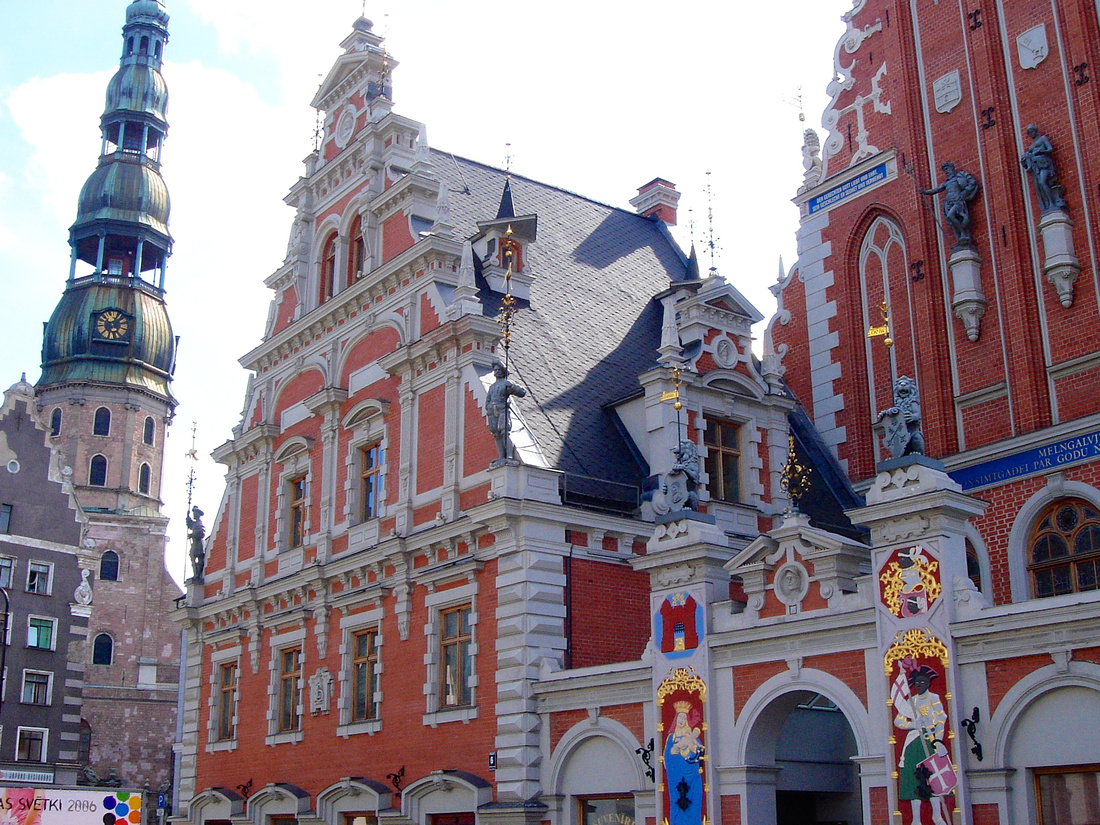 When I found out that I’d been assigned a trip to Riga, Latvia, I had to look at a globe.  To be honest with you, I really didn’t know where on the globe to find Latvia.  South America? Nope.  Africa? Nope. Asia? Nope.  Some island in the middle of the South Pacific? (I had recently been to Easter Island…) Nope!  I found out Riga is the capital of Latvia and is one of the Baltic States in north eastern Europe.  I can throw out the term “Baltic States” now because I’m a crusty world traveler, but at the time my world map was still in the "new pin accumulation" stage.  The only time I remembered hearing “Baltic” before is when I was buying the cheapest properties on a Monopoly board.  (No matter how many Hotels you build on Baltic, it never really pays off..)  After visiting Riga in 2006 I can say that I’d like to revisit (a wine term I learned in Napa) the Baltic States. (As long as it is in the summer.) I’m a bit of a Cold War buff, and I’ve talked about this in previous blog posts.  Latvia was part of the USSR until they finally reclaimed their independence in 1991.  The Soviet history is apparent as you walk around the city.  I’ve spoke earlier about the requirements for a popular European destination.  (Old part, new part, river, big church, cobblestones…) Riga has the required bullet points so tourists head there in the summer in droves. On one of the beautiful summer days I was there we were treated to an American muscle car show – right in the middle of Old Town…  That was a bit surreal.  I wouldn’t have expected this kind of show. The cars brought people out by the thousands.. To really understand the culture of this fine place, we determined that it would be best to park ourselves in a strategic place to survey the area, and observe the local goings on.  We did this for hours, and I now feel like I really understand Riga. 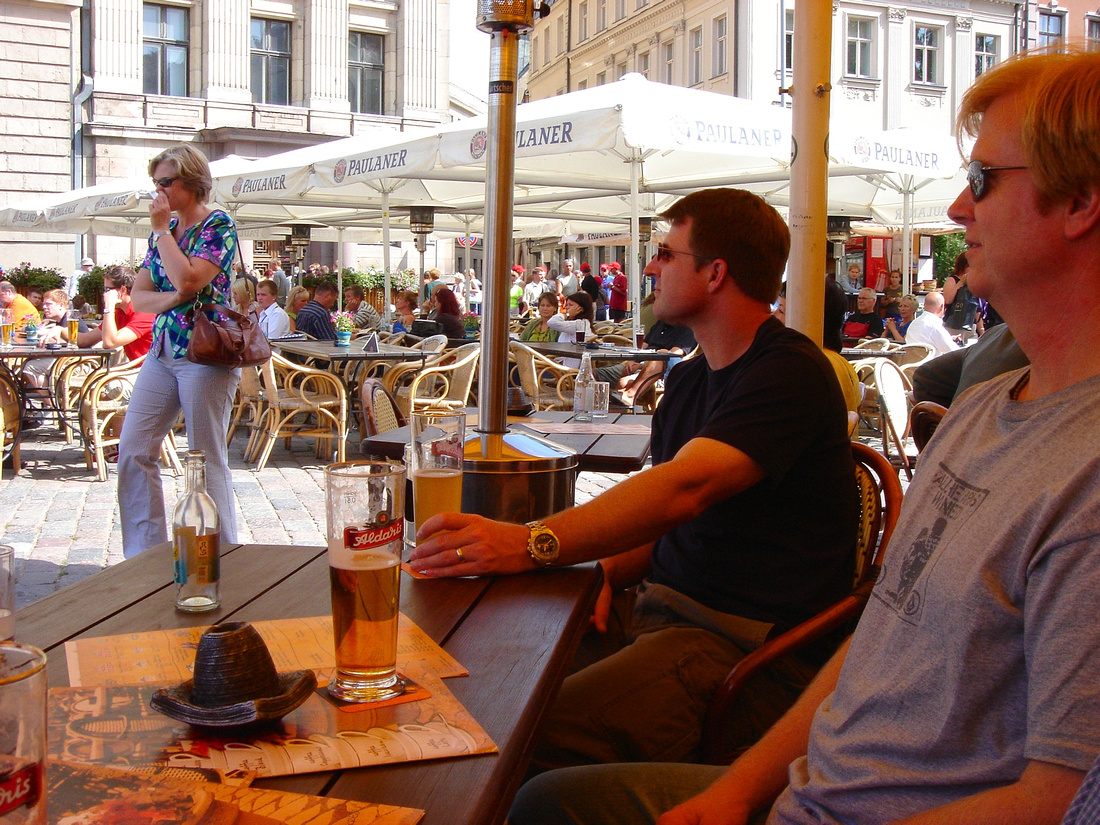 One can only survey for so long, so we did head out and explore the city a bit.  I found the architecture interesting and took some shots (with my cheap point-and shoot at the time) during the walk. 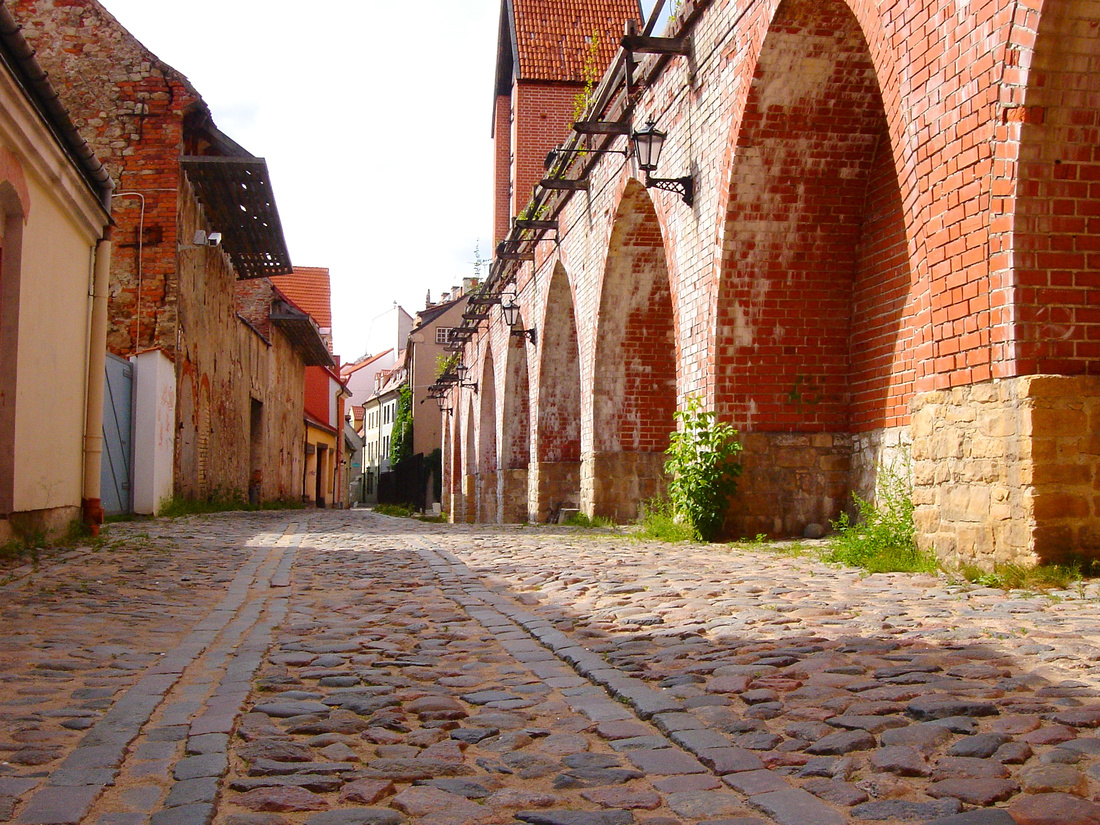 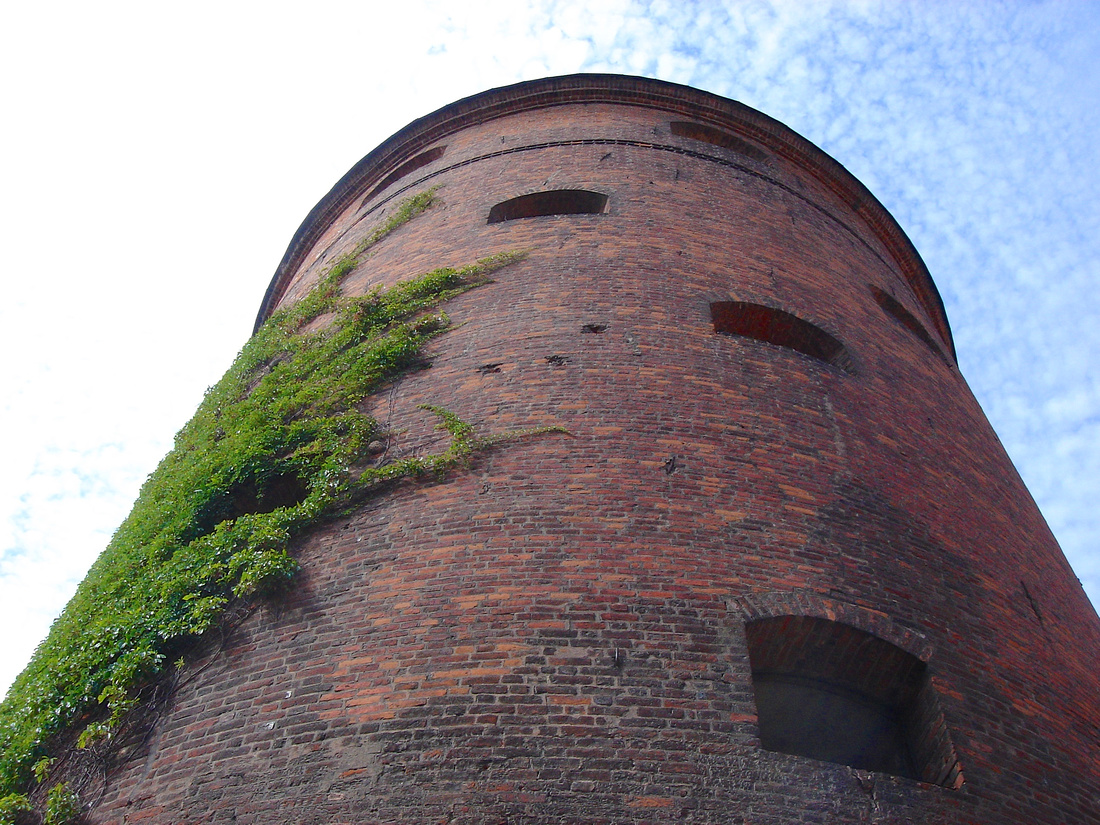 The Baltics in the summer are a joy to visit.  People were friendly, the food was good and the beer (I mean ice tea) was cold.  Much cheaper than western Europe, the dollar goes a lot farther in Latvia than say – Paris.  After a taste of Latvia, and St. Petersburg, Russia, I’d like to continue my Baltic visit by checking out Estonia.  Maybe some day… Uz veselibu!